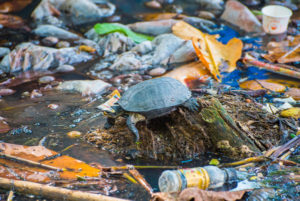 When I was a child in our small prairie town’s elementary school, I walked during lunch hour one day to our tiny downtown’s nearby Main Street, as we kids often did, to go shopping at the ten cent store. There was a toy I wanted, price fifteen cents. Having the money and the time, I was soon in possession of a little green road grader. Very detailed this machine was, with a blade entirely suitable for constructing the little roads I had envisioned in a sandy part of our yard. It was made of this new stuff called plastic.

Returning to the classroom at lunch hour’s end, I proudly showed my prize to a classmate. Unexpectedly, perversely, the twerp snatched it from my hand and commenced to play keepaway, whirling in malicious glee, keeping my road grader beyond my reach. Lunging to reclaim it I grabbed one end…and, intent on wresting it away again, he twisted…

…Snap—it broke squarely in the middle, the toy’s narrow weak point. My road grader and engineering dreams died in an instant. I did not have another fifteen cents, nor after such trauma would I have spent it ignominiously for another if I had. The trauma cut deeper than it was worth, but with that Snap I learned early in life the truth about plastic. It breaks. Now late in life I’ve learned a fuller truth, and it is worse than a bad nightmare.

I remember an early form of plastic known as “bakelite,” typically brown or black, used mainly for electrical equipment such as automotive distributor caps. Made from formaldehyde and phenol, a toxic substance derived from coal tar, Bakelite was very brittle and thus broke even easier than the slightly more durable plastic that began widely replacing it in the 1940s and 50s. Both versions could be easily shaped into nearly infinite forms, a flexibility many manufacturers viewed with happy capitalist anticipation.

The Greek word “plastikos” means able to be shaped or molded. This extreme flexibility has made hundreds of kinds of plastics ubiquitous in our modern lives. Objects made of plastic or containing plastic components fill our homes, our vehicles, our workplaces and our lives. Many foods we eat including our daily bread come packaged in wispy thin plastic or durable plastic substitutes for paper. About a third of all plastic is used for packaging, another third is made into siding and piping. Plastic grocery bags, now numbering in the trillions each and every year, are used a single time for an average fifteen minutes, then—un-recycled and discarded, find their watery way to the far oceans.

Indeed, plastic in its endless forms is absolutely everywhere. There is no place on earth where plastic cannot be found today. It is seen on every roadside, along the fences between farms, and in Daniel Boone National forest. Plastic debris is common—not rare but common—at the north and south poles, on the highest remote mountaintops, on the continental shelves, in the abyssal deeps, and in vast swirling junk gyres in every ocean.

So who cares? Does any of this matter?

It matters far more than most people know. Plastics are synthetic (non-natural) substances that can be made from just about any organic polymer containing carbon and hydrogen. Most plastic today is in fact made from oil or petroleum-derived chemicals. These are virtually always mixed with a chemical zoo of additives—stabilizers, reinforcers, fillers—to achieve infinite combinations of colors, strengths and pliability. These in turn affect each product’s chemical properties, life span—and toxicity.

Toxicity is integral in a large percentage of the thousands of chemical compounds found in plastics. Vinyl (polyvinyl Chloride, or PVC), for example, is known as “the poison plastic” because, when burned, it releases deadly dioxin and other chemicals deeply hazardous to human health. Phthalates, a category of additives used to soften vinyl, are found in hundreds of common consumer products such as toys, detergents, food packaging, water bottles, blood bags, hair sprays, perfumes, soaps, shampoos and other personal care products. Phthalates have been cited as “reasonably anticipated to be a human carcinogen” by the International Agency for Research on Cancer, yet the U.S. Food and Drug Administration finds “no scientific basis” for regulatory limits on phthalate additives in products with which people commonly have intimate contact.

None of these concerns remotely equals the concern that matters most about plastic—and that is what happens when it finally wears out. A small percentage of plastic is recycled, more is buried in landfills. An enormous percentage finds its way into streams and rivers, from which it eventually is discharged into the world oceans. When plastic objects are exposed to the environment, especially sunlight, the process of disintegration begins. On every beach in the world one can now find small bits of broken plastic. Waves tumble these and they break into ever smaller bits. This continues down to very tiny bits indeed.

Researchers confirm that “micro”bits of plastic now float in virtually every cubic yard of the oceans. These are small enough to be ingested by fish, and indeed small plastic bits are now routinely found in the guts of commercial fish. They are also found inside the many fish and birds that eat the smaller fish, as well as fish-eating mammals including us fish-eating humans. Small enough to pass up the food chain, plastic micro-bits are still too large to pass into the bloodstream and tissues of higher predators such as us…

…but…scientists have recently been dismayed to learn that plastic disintegration doesn’t stop at micro-bits. The process continues on down, down, to “nano”-bits at the level of molecules, just above the level of atoms. Far too small for human eyes to discern, nano-bits do transfer from fish guts directly into the fish bloodstream where they circulate throughout the fish and are readily absorbed into living tissue—including the tissue of whatever creatures eat the fish, right on up the food chain. What effects this absorption may have are unknown. Among many possibilities, one particularly unsettling is that plastic nano-bits come in contact with, and adversely affect, components of living DNA—potentially causing mutations or degrading effects on the bearer’s reproductive functions. Plastic is now all over the world, inside every living human, and most of it is yet to disintegrate. And we’re still making, and trashing, more tons of plastics every day.