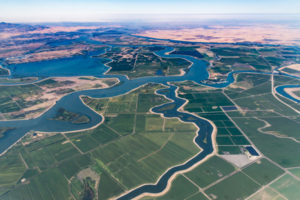 Humanity at this moment in history is like Pompeiian socialites at a wine tasting,

and the rising black smoke thickens.

They know not what they do.

It is early May in the year 2022 and I’m starting a new project. I’m going to collect in one place, here on my blog, a whole bunch of written examples of the early consequences of global warming that we humans are already experiencing all around the Earth. I’m going to collect these examples for one year, citing freely open sources that avoid copyright issues. I’ll categorize and condense them into informative short pieces that can be easily turned into a small but powerful book. Then I’ll go searching for a publisher brave enough to publish and promote the dire warning the book represents—which may be the hardest part.

But I do need to hurry up and get on with it, for I’ll turn 85 in two months, and global warming adds a little more heat every day. In a nutshell, most of humanity—in the USA and everywhere else—quite obviously have no idea how perilous our situation already is here in the year 2022. I marvel at the uninformed complacency so very many people display as the leading edge of civilizational collapse advances on many fronts, every week and every month, all over the world. I read the statistics, and so I know how few people bother to read any earth science news weekly or monthly, or with any regularity at all. Traditional newspapers, having been raped by private equity vultures, can no longer afford to carry any science news worth mentioning, and most of the people remain unaware that one must now subscribe to select magazines in order to maintain a semblance of understanding about what’s real, what’s changing, what’s impending in the world today.

Humanity at this moment in Earth history is like Pompeiian socialites at a wine tasting, chatting about inconsequential matters as Vesuvius trembles and the rising black smoke thickens. They are completely unaware they’re doing anything for which they should be forgiven, for they certainly know not what they do—as they innocently expect to keep on living as they now live, utterly dependent on fragile, tenuous manmade systems, to forever bring their daily bread, clean drinkable water and all the other declining bounty of our desperately exploited, polluted green earth.

Following is my first installment.

The Sacramento is California’s largest river. It arises near the lower slopes of Mt. Shasta, in the northernmost part of the state, and runs some four hundred miles south, draining the upper corridor of the Central Valley, bending through downtown Sacramento, and, eventually, reaching the Pacific Ocean, by way of the San Francisco Bay and the Golden Gate Bridge. Erik Vink, the executive director of the Delta Protection Commission, a state conservation agency, described the Sacramento to me as “California’s first superhighway.” By the eighteen-fifties, daily steamboats ferried passengers between San Francisco and Sacramento in as little as six hours.   KEY WORD(s): SACRAMENTO RIVER

Travellers now mostly use I-80 to cover the same ninety miles, and oceangoing ships bound for the Port of West Sacramento finish their trip in a deepwater canal built sixty years ago by the Army Corps of Engineers. But the Sacramento is still important: it and its tributaries make up the state’s single largest source of fresh surface water. Most precipitation in California falls in the north, while the biggest users, including all the major metropolitan areas and the immense farms of the San Joaquin Valley, are farther south.     KEY WORD(s): WATER MALDISTRIBUTION

Devising ways to move water from wet places to dry places has been the labor of generations. During the past century and a half, miners, farmers, politicians, engineers, conservationists, and schemers of all kinds have worked—together and against one another—to create one of the most complex water-shifting systems in the world.    KEY WORD(s): TRANSPORTING WATER

In mid-February, I ate lunch at Bethany Reservoir State Recreation Area, a ninety-minute drive south of Sacramento, with Jay Lund, who is a co-director of the Center for Watershed Sciences at the University of California, Davis, and Peter Moyle, an emeritus professor at the same university. Lund is in his sixties, and Moyle is almost eighty. Spring was well under way—on our drive to Bethany, we’d passed hundreds of acres of blossoming almond trees with neat stacks of beehives spaced at intervals along the rows, for pollination—but the weather was still cool enough for jackets. Before we ate our sandwiches, Lund unrolled a laminated sheet on top of our picnic table. The sheet was three feet wide and so long that one end drooped almost to the ground. Its surface was covered with lines, arrows, symbols, and small blocks of text—a maze-like network that could have passed for the wiring diagram of a nuclear power plant. In fact, Lund explained, it was a schematic of the state’s water infrastructure, the inflows and outflows, both natural and man-made.

Near the middle of the picnic table, maybe three feet from the edge that represented the Oregon border, was a small label indicating “The Delta.” It marked what Lund described as the most important element of California’s plumbing: an expanse of some seven hundred thousand acres, east of the Bay Area, formed by the confluence of several rivers, the largest of which are the Sacramento and the San Joaquin. For tens of millions of Californians, the Delta—which is also known as the Sacramento-San Joaquin Delta, the Bay-Delta, and the California Delta—serves as a hydrological hub. “The Delta ties everything together,” Lund said. All the fresh water that farms and cities in the south import from the north comes from it. Not far from our picnic table, large pumping stations were sending Delta water to other parts of the state.    KEY WORD(s): CALIFORNIA DELTA

In 2014, while I was researching an article and a book about the Colorado River, I interviewed Pat Mulroy, who had recently retired as the general manager of the Southern Nevada Water Authority and had just become a fellow at the University of Nevada’s law school. She surprised me by saying that the condition of the Delta—which lies several hundred miles outside the Colorado’s watershed and which I’d only just heard of—posed as grave a threat to the Colorado’s long-term stability as the shockingly low water levels I’d seen in its two largest reservoirs, Lake Powell and Lake Mead. Seven Western states and Mexico divert water from the Colorado, which for decades has been depleted by drought and unsustainable use. As Mulroy and I spoke, California was already being forced to reduce its withdrawals. The Delta is crucial because, if it ever failed as a hub, the resulting water crisis in California would increase existing tensions with the Colorado’s other parched dependents. “One good earthquake would do it,” Mulroy said.    KEY WORD(s): WATER DEPLETION; WETLAND DEPLETION; WATER VULNERABILITY

News stories about the Western drought often focus on the Colorado and its reservoirs. The drops in their water levels are easy to see. A little over twenty years ago, Lake Mead was full, but since then, its volume has shrunk by two-thirds. As the water has disappeared, it has left a broad band of light-colored mineral deposits, known as the “bathtub ring,” on the surrounding canyon walls. The Delta’s problems are as dire, but they receive far less public attention. (No bathtub ring.) Up close, the Delta doesn’t look like much: a huge expanse of flat agricultural land, with relatively few signs of human habitation. On Google Earth, it resembles a triangular green jigsaw puzzle.     KEY WORD(s): WATER DEPLETION

The principal puzzle pieces are five or six dozen irregularly shaped islands, which are separated from one another by seven hundred miles of sloughs and meandering waterways. The islands are actually what the Dutch called polders; they’re landforms that farmers created, beginning in the nineteenth century, by draining natural wetlands. Most of the islands cover thousands of acres. All are surrounded by dikes, which are known locally as levees; their purpose is to keep water from flooding back in. The cultivated fields inside the levees have gradually subsided, and in some places are now twenty-five feet below sea level. One consequence is that Delta farmers, in addition to siphoning irrigation water from the channels that surround their islands, have to pump water out—a chore familiar to anyone who has used a sump pump to keep a basement dry.    KEY WORD(s): WETLAND DEPLETION

The main threat to the Delta is saltwater intrusion. If an earthquake caused a major levee failure, the sunken islands would flood, drawing salt water from the Pacific into waterways that are now kept fresh by the pressure of inflows from the Sacramento. “Instantly, your fresh water turns to sea water,” Mulroy said—and, at that moment, a resource that millions of Californians depend on for drinking and irrigation would be unusable. A month before my interview with Mulroy, I had met with Bradley Udall, who had just joined Colorado State University as a senior water-and-climate-research scientist. During our conversation, he described the Delta to me as “the biggest potential water disaster in the United States.” That was eight years ago. In the meantime, the drought has continued, making all the problems worse.    KEY WORD(s): SALTWATER INTRUSION

When the Spanish first sailed into San Francisco Bay, in the late seventeen-hundreds, the water was so clear that a sailor could look over the side of a ship and see shoals of fish swimming at the bottom. The noise made by salmon at night, as they migrated up nearby streams, was loud enough to keep people awake, and there were so many ducks, geese, pelicans, cranes, and other birds that when they took flight they darkened the sky. Elk, deer, antelope, beavers, and grizzly bears were abundant. The hills surrounding the bay were covered by ancient forests. The Central Valley—California’s most productive agricultural region, which runs much of the length of the state, between the Sierra Nevada and the Coast Ranges—was a lush seasonal wetland.    KEY WORD(s):     KEY WORD(s): WILDLIFE DEPLETION