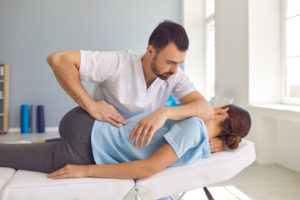 My further emphatic advice based on all these years of lived experience is this:  Unless you have a broken bone or dreadful organic trauma, avoid hospitals and allopathic doctors like the plague. These days, in fact, the plague-like Covid viruses are thickest in the air flowing through hospitals’ air ducts. If you go into a hospital you will be exposed, and your odds of getting infected are very high. Moreover most hospitals these days have been corporatized and their foremost priority de facto ranks profit higher than patient recovery. Caveat emptor.

As for allopathic doctors—an opinionated lot withal—at the best of times they have only two tricks in their black bags—drugs and surgery. Given that the typical medical school curriculum spends a single morning on preventive health care and even less on office management or the economics of health care, it seems self evident to me—and to many others—that modern “conventional” medicine has been on the wrong track for well over a century now. And during a full century it has been at war with chiropractic, which many doctors still to this day regard as a capitalist “competitor.” These supposedly smart people fail to see the bigger picture. I clearly remember when physician-lobbied Indiana law in 1945 made it illegal for Dr. Vince Lambert to tell patients he had a fee for his services—he was only allowed to “give them” his diagnosis and treatment, then humbly accept whatever “donation” the patient might care to thank him with.

Drugs are much worse. Most pharmaceutical drugs these days are artificially synthesized—about as distantly unrelated to natural herbal medicines as they can possibly be made. They should not be allowed into one’s house much less one’s body. There seems to be no prescription medication—none—that lacks at least a couple of insidious side effects. In one well-remembered emergency, I nearly died from internal bleeding while taking a commercial blood thinner exactly as doctors had prescribed. I fired the doctors and have for some years now successfully used nattokinase, a natural blood thinner derived from fermented soybeans. Long used in Japan, its exceedingly high vitamin K2 helps keep calcium out of arteries and in bones where it belongs. Formal studies have shown that Japanese with high natto in their diets have the lowest rates of heart disease and strokes.

I similarly regard surgery as a necessary evil to be permitted only when there is absolutely no better option. Excepting appendicitis, I have rarely seen people made better by surgery. I have, however, witnessed a great many people made worse. Some of the most horrific examples involve the fusing of vertebrae where the cushioning disks have been injured. Such surgical fusing virtually always precludes any further chiropractic adjustments, and the back pain only gets worse. Always.

Concluding thoughts for this discussion must carry us at least a short distance into some very relevant metaphysics. The common perspective on health and wellness in the United States, unthinkingly imposed onto a majority of people from birth, perceives daily healthful wellbeing as a conceptual straight line which is regarded as normal. Any degrading of that systemic “normal,” such as catching a communicable disease or developing a chronic disorder, is seen as bad luck that forces one’s wellbeing “below” the line—from whence it can be pushed back up to normalcy only by the intervention of a trained medical professional. In simplistic terms, you “get sick,” and “therefore” you need a doctor to “fix” you. You aren’t responsible for your own health, the doc is. That is the ill-educated expectation with which most Americans walk into a doctor’s office fully convinced they have unfortunately fallen into a subnormal condition known as “sick” and so they need to be “fixed” by a doctor. Simplistic, yes, that’s the right word.

An alternative view of health and wellbeing, unknowingly neglected from birth in most moderns, sees an altogether different path that is conceptually holistic. This simply means the human body is perceived as a piece of nature that daily walks around in nature, constantly interacting with nature. How well that body functions depends on how well its sentient controller—i.e., its conscious choice-making brain—manages the constant natural interactions among the infinite manifestations of nature, i.e., the human body and all that other natural stuff. This is not as vague as it usually first seems to people who are not accustomed to broader ways of thinking—typically because nobody ever presented it to them in a broader way so they could think about it that way.

If children were taught beginning in first grade—which they’re not—that their health depends on a well-functioning body, and they are themselves responsible to make sure their own body stays in a well-functioning condition we call “health,” they might reach adulthood with an understanding, based on their own lived experience, that they can keep themselves healthy.

Their teaching should begin with the fact that if you take care of your body, it will keep itself healthy by casting off most infectious diseases that try to invade. The body will heal itself by battling and defeating such invaders as manage to get through, and will heal itself of the cuts, scrapes and broken bones you inflict upon it. They would understand that “taking care” of your body requires eating a wide variety of foods rich in sustaining vitamins and minerals, a healthful balance of activity and rest, and an understanding of the body’s parts, its major systems and how they work.

This latter would of course teach, in age-appropriate terms, that the brain turns into trunk nerves which in turn subdivide clear down to microscopic nerve endings that feed energy to every last cell in their bodies—and that making sure this energy feeding keeps working efficiently is very important if they want to remain alive for a good long while.

They would also need to be taught that those trunk nerves travel through the center holes of all the vertebrae that make up their little backbones and are collectively called a spine. Their bright little minds would easily see, and remember, that falling out of a tree—or playing football—is likely to knock a vertebra out of place, in consequence of which it will press on some of their nerves and impede that vital energy flow every one of their little cells needs, must have, as long as they live. From this simple understanding it’s only a quickstep to fuller self understanding of the blood and respiratory systems, all three systems looking much like the morphology of branching trees and river deltas—and thence to full blown anatomy and earth sciences in high school. All of this, of course, would be presented within a strong context of personal responsibility for taking care of one’s own health with diet, exercise, anatomical self care and, for good measure, right thinking.

Those old chiropractic books laying around Vince Lambert’s waiting room were chockful of this stuff. In my tender years there, I had no difficulty at all reading it, understanding it, and concluding via my own childhood intellect that it all interwove quite logically with what some people called religion or, better, spirituality. That dramatic realization cast a whole broader perspective over everything in my small world. It made me think.

Nearly a century later I still think about it, and realize that although I’ll never achieve all the answers, I’ve grown a whole lot better at asking the right questions. Looking at the whole matter in holistic overview, in my humble opinion I understand the full ramifications of chiropractic health care better than do quite a few chiropractors. And I am convinced—oh, am I convinced—that modern chiropractors are squandering, unused, deeply meaningful potential health benefits by not placing more emphasis on—and making their patients more aware of—the matters discussed in these final paragraphs.

But that’s not mine to decide. Choosing to glean some human benefit from understandings gained through lived experience is up to them. Perhaps some will.