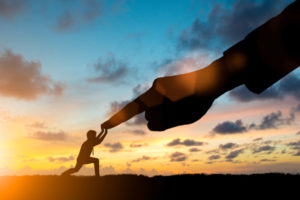 Originally set up to challenge (replace) Portugal’s dominance of the Spice Islands trade, the East India Company (EIC) was chartered by Elizabeth I in 1600 and operated for 274 years. Evolving quickly in corporate ways, it soon looked much like modern business corporations with separate managers and wealthy merchant investors.

The latter gradually took a backseat to heavy investment by the Queen and British aristocrats who looked out for its interests—and their own. In turn, the EIC continued the old guild practice of annual payments to the government, perhaps a precursor of the idea that modern corporations really ought to pay some taxes for appearances’ sake. The East India Company eventually controlled half the world’s trade in basic commodities such as silk and cotton, tea, salt, and opium.

The company employed its own private armies and in general acted as if it were an independent country subject to no higher authority. It had employed 3,000 regular troops in 1750, just seven years before the 1757 Battle of Plassey after which it took over India and ruled as sovereign. Just six years later (1763) the EIC had 26,000 troops, rising to 67,000 by 1778—about the time England became militarily distracted in the American colonies. By 1803 this unregulated corporation’s private army numbered 260,000 troops.

The EIC ruled over India, criminally exploiting and extracting its wealth, for 101 years. The company finally ceded control to the British Crown in 1858, less than a year after native troops rose against their British officers in the Sepoy rebellion—often called India’s First War of Independence. Not without justification, the modern mega-corporation Halliburton, so deeply involved in the Bush Administration’s allegedly preemptive invasion of Iraq, has been among a few modern corporations compared to the loose-cannon model that was the East India Company. But, so far, they are just pikers:

It was the East India Company that was targeted when the Sons of Liberty implemented the Boston Tea Party. Aboard three newly arrived EIC ships—the Beaver, Dartmouth and Eleanor—were about 46 tons of the company’s tea, bagged in 340 chests and destined for retail sail at the EIC’s non-negotiable price. As it happened, that price was set so as to undersell the existing colonial market, thereby driving out local competitors and giving EIC a monopoly in the American colonies. These machinations being widely understood among the colonials, the three ships’ arrival set off a series of angry town meetings for three weeks before the night of decisive action regarding the “pernicious tea.”

After the sun was full set on December 16, 1773 the Sons of Liberty—some badly disguised as native Americans—used an assortment of tomahawks and axes to smash open all 340 chests and chop into the baled tea to ensure it would not survive its imminent dump into Boston harbor’s saltwater. It was hard work and took a while.

The raiders were civil people of proper manners. After completing the job they swept the ships’ decks clean and returned to proper place anything it had been necessary to move. One accidentally broken padlock, the personal property of a ship’s captain, was promptly replaced the next day by the patriots. The EIC would report damages of £9,659—about $1,700,000 in today’s currency—not counting the lock.

As our modern times were about to emerge, there already had emerged two broad types of corporations: 1) those that manufacture useful objects they can sell for a profit, and 2) those that produce nothing useful at all but just go directly for the profits by stealing or manipulating other peoples’ wealth.

The latter have especially grown and prospered. Modern examples include hedge funds, a variety of “private equity” brigands, and financialized “holding” umbrellas which merge giant banks, giant insurers and other holders of enormous wealth—particularly the retirement funds so many Americans happily anticipate—with the inherent risks of investing and stock trading. Not to worry, such risks can usually be manipulated off onto some uninformed patsy whereby to assure the objective of disproportionate profit.

And so with this thumbnail summary of the peculiar human tool called the corporation we arrive at completely modern times when corporations have grown far bigger, and far more powerful, than ever before in all human history, reflected in the glorified glass of a pile of skyscrapers marking the central downtown zone of every big city, everywhere, all over the world. Even the EIC would be impressed.

The corporation is properly called a tool because a “tool” is a human creation used as a means to an end. The tool is never an end in itself—it exists as an intermediary device, i.e., as a wrench turns a bolt, a car speedily transports you so you don’t have to walk, or a corporation enables a group of go-getters to collaborate in making a profit by one means or another. The wrench, the car and the corporation are mere tools, a means to help us achieve some end.

This being true, you will immediately see the error in the United States Supreme Court’s longstanding opinion that a corporation is the equivalent of a “person,” having the same rights as a living breathing person. A person is an end in himself/herself. A corporation is not; it is a mere tool. Therefore, the United States Supreme Court, our nation’s ultimate arbiter of right and wrong, is self evidently wrong—and with enormous ill consequences for what we all perceive as “justice.” What shall we do about such a grievous wrong?

The combined wealth of the thousands of corporations now grown to multi-national immensity, and the global wealth they control, exceeds that of any single nation. Many of these multi-national giants individually control more wealth than dozens of nations combined. They are, literally, out of control. Their ability to influence the policies of nations—specifically including powerhouses like the United States, China, Great Britain, France, Germany, and Russia—is immense and growing stronger. Even China, with its absolutist Communist Party control, struggles to stay in control—and is slowly, inevitably, losing ground to the mega-corporate imperatives of globalized capitalism.

Runaway corporations are a new phenomenon in human history. Constant growth of their profits and the increasing power that goes with increasing wealth is not an option—it’s what they do, it’s what they must do, it’s why they exist. If they can rule the world, they will—whether they intend to or not.

And they’re well on their way. Yet, around the world, most people are not even aware the threat exists—or if they sense something’s wrong, they often blame it quite inaccurately on their current batch of politicians. That’s partly because their attention is so focused on obtaining the life necessities of food, clothing and shelter they don’t see real root causes.

The complaint grown so popular among Americans about the inequality of “the top one percent” is for all practical purposes a red herring—it diverts attention from the real problem and the real issue:  the very existence of gigantic corporations as such. The top one percent of people are so exceedingly rich because they happen to be the few who control the great rich corporations, and this they do by using their great wealth to own controlling shares of the stocks of the great corporations.

These peoples’ great personal wealth, in combination with the consolidated extraordinary wealth of giant multi-national corporations, are a new force in American life. Corporations and their owners have the very real potential to so thoroughly take over control of the policies and leadership of the United States that the American republic—its democracy, its American dream and its shining light of liberty to all the world—will exist as such no longer.

Anyone unable to recognize this very real potential at this advanced stage of corporate evolution in American history is simply not in touch with the economic and political realities of our increasingly untenable position. Like Dr. Frankenstein, we are being overwhelmed by our own creation that has grown monstrous.

The system is capitalism. Its vehicle is the corporation. All this terrible risk from inadequately stewarding the corporate tool we ourselves created would simply vanish if we were to put an end to inherently autocratic corporations, and replace them with a different form of daily commerce that is inherently democratic, free, fair and just—and which, by its very nature, cannot be any other way. How to go about doing so is not the topic of this essay—though there are some excellent third options. For now, let us just consider all the ways we can think of for eliminating—bringing to an end—the corporation and its nefarious role in American history. Three rules apply: