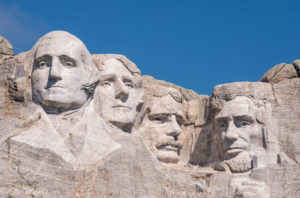 Our Constitution’s Article II, Section 3 requires every president to keep the Congress informed on the state of our union. This thoughtful assessment of our current situation should clearly and comprehensively answer the question:  “How are we doing?” Are we maintaining the unique and wonderful promise of the United States of America?

Traditionally through our nation’s history, most presidents have delivered this assessment around the changing of the year. Since President Nixon it has been delivered a little later, mostly in late January or February. In February 1981 President Reagan started another tradition by saying his first assessment was “not” a State of the Union. Each president since then has called his first assessment “not” a state of the union—the reasoning being that a newly-elected President has not been in office long enough to comprehensively assess the state of our big, complex union.

I am returning to the older traditions, both of which stood for nearly two hundred years. It has been one week since my inauguration, and this is a state of the union assessment.

I have for quite some years stayed comprehensively informed of the state of our union, thus I well know how much our union today needs some prompt actions. As I speak now about how we are doing, I am deeply aware that every American needs to thoroughly understand what’s right and what’s wrong in the United States today, for we cannot effectively fix things gone wrong until we fully understand what needs fixing, and why.

If this address has a central theme, it is that We the People of the United States are first and foremost a unity. It is engraved even on our money: E pluribus unum—out of many, one. I want unity engraved in our hearts, and so in this State of the Union I shall return repeatedly to the theme of our unity and what is important for our common good.

I have prepared this assessment with a sense of deep urgency that I know many of you feel too, because you have been saying so for years. We recognize urgency, and we must respond with urgency, because—my fellow Americans—we have some healing to do, and we certainly have some re-unifying to accomplish. Our nation is today emerging from a period of deep divisions that arose in recent times to threaten our unity, our very coherence as a federated nation of fifty states containing many diverse peoples who are all equally American.

Let me state here at once, and for all: the unity of the United States of America, a democratic federal republic, is the greatest idea in the history of the world.

Way back in 1776 we started something—and many other nations have followed our lead. Words have meanings, and the words in our Declaration of Independence, our Constitution , our Bill of Rights, describe the values and standards whereby a large and diverse people will independently govern themselves.

Such an idea was brand new, radical and considered strange in 1776—when all peoples around the world had for thousands of years been ruled by kings, strong men and tyrants. Indeed, that was the only way of governing anyone had ever known, clear back to that first tiny, hesitant step toward democracy in ancient Athens.

Becoming a free and democratic nation was not easy. We gained our independence only by fighting to free ourselves from an arbitrary, tyrannical British strong man named George III—and the greedy, wealth-driven Parliament that colluded in his tyranny.

Many times during America’s history we have had to struggle, not only against outside forces but also within ourselves, to defend and maintain our democracy—because deep challenges to freedom lie within our own human nature, and we must ever guard against them. Our terrible four years of bloody Civil War, from 1861 to 1865, stand in memory as eternal proof that the threats to unity and democracy are internal, as well as external.

Today no foreign nation is credibly threatening the USA or our unparalleled military might—but we have threatened ourselves. We have behaved like a house divided against itself. As we have seen, the greatest threats to our nation, to our national unity, have arisen within ourselves, pitting American against American. Too often the question “Am I my brother’s helper” has been replaced by “Is that American my brother or my enemy?”

No more. I intend during my presidency to end this divisiveness, this unworthy derision of each other. I intend that we—all of us—shall feel a unity that has not been known in America since World War II. Stop and think about what we accomplished during that terrible time of great trial—when we all united in unprecedented cooperation to win two vast wars at once, in two vast geographic areas reaching around the world.

Those years of terrible war, 1941 to 1945, showed Americans at our very best during a time when everybody pitched in for the common good. Now as then, our “common good” is part and parcel of our national unity.

We shall value a decent standard of living that is affordable for every American. We shall value equal rights, and equal treatment, and equal opportunity, for every American of every color, every race, every ethnicity and country of origin, every religion and non-religion, every woman and man and every nuance of gender that exists by genetic chance of birth or free adult choice.

And we shall once again value freedom to choose among the things that matter in each person’s private life. When nobody is trying to control your personal choices, and you control nobody else’s, that is true freedom—and that is The true American Way.

We shall above all recognize that the right to vote—a precious political right that is absolutely necessary for defending all other rights—is meaningless for many Americans who don’t have adequate economic rights. And that means enough income to afford life’s most basic necessities starting with food, clothing and shelter.

I want to talk now about what we all, every one of us, must do—starting immediately—to make right a number of things that have gone so wrong in our great and honorable nation. Presidents are elected to lead, and so, leading by example, I shall begin with myself.

My fellow Americans, I am poignantly aware that the office of President of the United States is one of the most significant jobs on Earth, and that the enormous responsibilities of the presidency have worldwide impact. Every word uttered by the U.S. President has the potential of that fabled butterfly whose wing could cause a hurricane on the other side of the world. I promise therefore to be thoughtful and judicious in every word I utter, and to represent you with honor, fellow Americans, when I speak to the rest of the world.

I understand that the presidency is essentially, first and foremost, a position dedicated to service to my fellow humanity. Most decisions the President makes, large or small, have some kind of impact on many people, rich and poor, for good or ill, both at home and abroad. I therefore promise always to consider and be sensitive to your best common interests, what is best for the nation’s common good, when I must make a decision that involves potentially conflicting values—as, indeed, most decisions I must make, will.

I ran and was elected as a Democrat, a banner I have always thought of as the party of compassion. That’s because it tends to watch over the interests of the little guys, and doesn’t worry too much about the big guys who clearly take care of their own interests. But this attitude is partisan, and I say to you, with humility, I do not take it for granted.

Regardless whether Democrats or Republicans were in control of Congress, both have at times failed to accomplish the things that were in everybody’s best common interests, especially the interests of the little guys equally with the big guys. This simply means that in failing to uphold the standard of the common good, all have sinned and fallen short.

Whether you are Republican or Democrat, just like me you have friends in that other party—good solid citizens, and you know they care for the wellbeing of their fellow Americans, with as much compassion as anybody else. Partisanship, especially when it becomes shamefully extreme or fanatic, only gets in the way of truly caring for our fellow citizens. Since Concord and Bunker Hill, we have been caring for each other.

My fellow Americans, be assured that from this day forward I will serve as President for all of you, not just as the Democrat who happened to get elected President. You and I are Americans first and foremost, and our mutual first duty is to our mutual common good. Our highest duty is not and never will be to any political party.

Finally, I believe you already know I will be presidential to the best of my ability, at all times maintaining the dignity of our presidential office. This prestigious office belongs to you quite as much as to me while I temporarily have the job. I will protect its reputation, honor, and great symbolic meaning as I represent you to other peoples around the world.

I solemnly commit to you that I will at all times be conscious that the presidency is the only office in our entire governmental structure that directly represents all the people—every citizen of the USA. My job is to seek what’s best for all of us together, for our mutual common good as a nation. Because all of us, together—we are the nation. It’s not lines on a map, folks, it is us—and we are responsible to make it real.

To that end, I’d like to remind us today, as President Kennedy reminded us in his day:

We all need to be asking what we can do for our country. Ask yourself right now:

What can I do to help make America a better place for everyone who lives here?