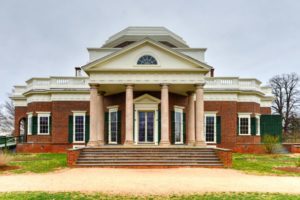 To increase profit, cutting costs has long been known easier than increasing sales. In fact, increasing sales was strictly secondary until the advent of mass advertising after the mid-twentieth century. Cost cutting has been predominant through American history and, historically, the ultimate way to cut costs was to own slaves who need not be paid at all.

In particular:  limiting the costs of employee labor was a primary device for maximizing profits through the colonial and national periods of the United States from about the year 1519 until the 1930s when the New Deal started requiring fair wages to be paid. Many Americans, notably but not exclusively in the South, avoided labor costs altogether until the Civil War abolished their custom of free (unpaid) labor.

It really boosts profits if you can avoid paying out any wages and, instead, limit your labor costs to the minimal subsistence food, clothing and shelter sufficient to keep your slaves fit enough to work dawn to dusk. And you can always save a few more bucks by skimping on those. Here’s to Profits.

And so slavery was a godsend, you might say, for Americans really focused on achieving high profits. It worked even better than exchanging a $35-dollar an hour American job for a $2-an-hour job overseas. Slavery-based high profits built all those wondrous big white-columned plantation mansions which that damn yankee William Tecumpseh Sherman burned down in a fit of vengeful madness after the North won the Second American Revolution in 1865.

Sherman made a lasting point, but he failed to overturn the situation as concerns paying slave wages. Share cropping quickly proved to be a good substitute. High profits and “low” wages had long been a necessity right down at the very core of the gracious and genteel Southern Way of Life, and so share cropping fit right in. It moreover expanded the labor market to encompass dirt-poor whites.

Maximizing profit was restored with vengeance within a decade after the Civil War, and prevailed through the rest of the nineteenth century notwithstanding the rise of labor unions intent on forcing less unfair pay out of factory owners. Sharecrop-wage arrangements in the American South—and below-subsistence wages throughout the rest of America—continued to prevail well into the twentieth century, notwithstanding the real growth of labor unions.

These arrangements continued until the stock market crash of 1929, and the Great Depression precipitated by it, forced things to start changing for the better—at least for northern factory workers, if not for southern share croppers.

Overall, wages for American workers improved only after the Roosevelt New Deal began placing severe regulatory restrictions on the natural behavior of corporations that employed large numbers of workers. Then for a while economic wellbeing for most  Americans (except dark-skinned Americans) waxed tolerably fair, so long as corporations remained under tight regulation. Economic destitution slowly gave way to adequacy. Things got better.

The New Deal really kicked in, enormously augmented by the GI Bill. The middle class grew bigger than ever before in American history. The poor shrank smaller than ever before. The rich grew richer more slowly than ever before. For a large majority of All The People (even some dark-skinned people), it was the best economic time ever experienced in the nation’s history. This uniquely nice period stands alone. It lasted from 1946 to 1980.

After the New Deal years

But of course it didn’t last. Beginning in 1980 the economic ideologues of the Reagan Administration started dismantling the New Deal. The dismantling continues to this day, and it is a testimonial to the quality and depth of the New Deal innovations that it is taking the slave-owner mindsets so long to dismantle them. And make no mistake—the dismantlers exhibit the same old motivations that kept people enslaved, forced to give their free labor to ole massa. Ole massa’s mindset is alive and well in modern America.

The cost cutting continuum ranges from bald slavery on one end to a host of modern half-measures on the other, including these familiar examples of converting costs to profits:

Persons with this mindset and the means to do so were perfectly willing to buy enslaved humans, to own them as slaves, to sell them, to sell their children and ignore their grief and essential humanness, to force them to work long hours every day for no pay, to discipline and mistreat them and occasionally to beat them until they died, and to regard them as animals—all at no consequence to the slave owner.

Looking backward: Slavery has been acceptable to and considered normal by otherwise respectable humans since ancient times. It is hard to find a time in human history when slavery was not acceptable and indeed considered normal. Slavery is prominent from the earliest times described in the Old Testament. The Jewish slaves’ exodus from Egypt is central lore of Western civilization and the cultures of three Abrahamic world religions. The details are routinely taught to small children in Sunday School, with the result that they unthinkingly presume the existence of slavery in a context their parents seem to regard favorably.

Slavery was routine in Greek and Roman cultures, full through the middle ages in Europe, and at all times in Oriental cultures. Most Americans are unaware that the sheer number of African people shipped as slaves to Brazil was seven times greater than the total number ever enslaved in the United States as colonies and nation. In most places and times, slavery has been considered normal. In many places it still is. It constitutes a presumptive subsistence-level context for paying a minimum wage. The road to slavery is only a matter of degree.

Looking around today:  We find pimps perpetrating slavery over the prostitutes whose lives, movements and wellbeing they control, often with slave-owner brutality. These moderns willingly perpetrate enslavement without remorse—and collect their profits. Criminal jackals charge enormous fees to “escort” refugees and others wanting to illegally cross national borders, vulnerable to the undependable protection of human smugglers who may abandon or kill them at any moment. When jackals are caught and incarcerated, new jackals readily appear to continue the trade—and, without remorse, harvest its huge profits.

The point of this grievous recitation is that slavery is not just a thing of the past, it is alive and well all over the world today, moderns willingly enslaving other moderns. Did you think the American Civil war ended slavery? Did you actually think the human mindsets perfectly capable of enslaving other humans were all in the past, only a mere century and a half ago?

There have always been humans who were willing to enslave other humans. There still are. A lot of them today are in charge of large corporations, making the decisions on how much—i.e., how meagerly—to pay their employees.

Looking ahead: The slave-owner mindset has persisted from time immemorial, and some people whose names you know are still quite capable of renewing it. We should not be naively deceived that our society is without plenty of people perfectly capable of newly enslaving others and—as all across the Old South—willing to do so if opportunity should arise. Did you think we had become so civilized it was impossible? Incipient slave-owner mindsets are very much with us still, perfectly willing to turn other people into slaves, to buy, own and sell slaves, perfectly willing to force enslaved human beings to work for nothing, with no trace of human caring for the health or wellbeing of the enslaved—or to pay them even the modern minimum wage. It’s just a matter of degree.

Look around and see the obvious:  the slave-minded potential thrives in modern America. In order to enhance their profits, people among us today—some perhaps your neighbors, or perhaps in the gated development up the road—are perfectly willing to employ other people at less than the minimum wage—even when they know full well that a minimum wage is grievously inadequate for subsistence in modern America. You know they know.

In corporate culture cutting labor costs is thought acceptable – the smart thing to do.

From the displays of non-caring poverty-level employee wages that everywhere surround us—from the Walmarts to the fast food joints to the low-pay fine restaurants that tell their servers to “make it in tips” —it is only a matter of degree as to how far the non-caring mind is willing to go. There is no reason to assume slave-owner mentalities will not be with us tomorrow, and ever thereafter. It is only a matter of degree. It always has been.

Kim Todd in Smithsonian, November 2016  (To be continued)