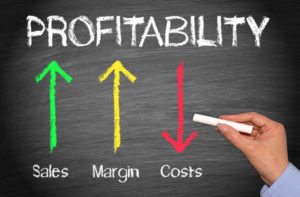 We have these problems simply because so many corporations have grown out of control. But something much deeper than out-of-control corporations is at work in this listing of dismal facts. That thing is a sad commentary on human nature—or at least the nature of certain humans who give themselves over to endless quest for great wealth and power.

Imagine you are the head of a corporation. The main thing your board and stockholders expect of you is to increase profits. The stockholders don’t particularly care what you sell or how you go about increasing profits, they simply know they invested their money in your corporation with expectation that the investment will make them more money in the form of hefty dividends. The expectation is reasonable—they know it’s the reason your corporation exists, i.e., to produce profits, the more the better. From a corporate point of view, all else is incidental.

You have two principal ways to increase profits:  either 1) sell more of whatever your corporation sells, or 2) reduce your costs. Most profit-increasing devices are variations of these two, and the distinction between them is important. To illustrate how important, let’s use an easy-to-understand small-store example. To then corporatize the example, simply multiply all the following numbers by, say, 100.

That reason is to make a profit. It most decidedly is not to “serve” customers, as one so often hears – that is merely incidental to the profit. Service could be ignored; a falling profit margin cannot.

You notice that other furniture stores, your competitors, have better profit margins than yours. How did they do it? You quickly find out they did it by cutting costs. It’s almost always easier to cut costs than to increase sales—and reducing costs by a percentage has more immediate impact on profit margin than does increasing sales by the same percentage. Conversely, you have to think smarter to increase sales without also increasing costs, and most corporate heads don’t—or can’t—do that. Cutting costs is the easier road, and most of them take it. So let’s take a closer look at this easier alternative.

Option 2:  Cut costs. The options for cutting costs are endless, and they are on a continuum. At one end of this continuum you may trim costs a little, wherever you think feasible—cut back a bit on advertising here, cut down a tad on employee overtime there. Moderation, as they say. But no law says we have to be moderate. Let’s be immoderate—let’s carry this cost-cutting option to its logical extreme, as so many do. Somewhere near the continuum’s opposite end you can cut costs drastically, and so you do.

What you do is, you lay off two of your four salespersons, and tell the remaining two they’d just better handle it… or else… because you’ve got plenty of good experienced job applicants all out of work and wanting to sell furniture in your store. Congratulations:  big cost cut, instant profit increase. Never mind that those two you let go had been with you for twenty-six years, were wholly loyal and were looking forward to retirement.

Too bad. You did what you had to do to increase profits. That’s why you’re in business, right? If you didn’t, they’d surely be dissed by the new owner to whom you’ll sell the business when you retire next year, right? And besides, employee wages and fringe benefits are almost always the single biggest cost of doing business, so they’re right up there, real prominent, when the corporate heads go looking for places to cut costs, as they constantly do. Cutting costs is money in the bank.

Now, to get your mind into the corporate mega-perspective, multiply the numbers above by 100—or 1,000. Maybe even hundreds of thousands if your corporation is in that exalted status known as “too big to fail.” Pay attention to your first glimmerings of understanding on why corporations born and chartered in the United States, still selling most of their products in the United States, have sent so many of our good high-paying jobs away from the United States to foreign nations where very low wages are the norm.

Instead of paying you $35 an hour plus a set-aside for retirement benefits, which you diligently worked your way up to over twenty-six years, the corporation can now pay $2 an hour and no benefits at all to an industrious foreign worker who is oh-so happy to get the $2 and no complaints because it represents a lifestyle improvement in his or her poor country. Big cost cut, instant profit increase.

Your job has been “outsourced,” as they say. Sorry. After the corporate heads have done this maneuver so many times that all the good-paying jobs have been shipped overseas—and the CEOs and CFOs have been paid millions in congratulatory bonuses for their great and clever success at increasing profits by cutting costs—what jobs then are left in the USA to sustain American workers, or send their kids to college?

Well, we no longer make our own furniture, our own shoes, our own clothes or upholstery fabrics, our own electronics, hardly even any of our own steel much less our own cars or pots and pans made with steel. And so we have to import all these life necessities from the foreign countries where they are now made, at great profit to the corporations. Nobody really wins but the corporations.

Degrading the U.S.  economy at its foundation

America has “naturally transitioned” into a “service” economy, they will tell you, where more and more of the jobs consist of changing sheets in motels or bussing tables and serving food (courteously, or else). In the service economy employees mostly don’t earn much money for their labors—certainly far less than when American workers used to make things. In the service economy a minimum wage is now the standard, and raises are low and slow in coming. Back when Americans made all the goods we Americans needed, and were paid good salaries with good raises and cost-of-living increases, those were the good old days. Those days are dead and gone, they’ll tell you—because of our natural transition to a service economy. But on one key point they’re quite wrong:  the transition was by no means “natural.”

In this new service economy employees don’t “make things,” they “serve” other people, servant-like. You might get lucky in the new service economy – but the odds are you probably won’t, because there simply are no longer nearly as many good jobs as there used to be. And, unlike Roosevelt’s New Deal economy, this service economy does not promise an improving future. For an increasing percentage of American workers it comes with no hope—ever—of rising above the bare subsistence level of personal income. It guarantees only, logically enough, high employee turnover, so forget the job security of the good old days.

You might do better if you can afford the cost and four years of time off to get a college degree—then again you might not. Might always means might not. Many college graduates these days can’t find a job that pays a living wage, and are forced to settle for less, or much less, than promised by the old-fashioned American Dream.

Costs, as they say, have been cut—and American workers, once the most productive in the world, were the costs. But—Shazam! —corporate profits have been successfully increased. The market is up. So pay a million-dollar bonus to the smart-cookie corporate CEO who engineered the increase by shipping the jobs overseas and putting Americans out of work. Pay a fairly decent quarterly dividend to the stockholders so they don’t complain. But hold the line on wages and benefits paid to any remaining employees—tell them a pay cut may be necessary.

Stop, think. At 326 million citizens and growing fast, the United States is the third largest national market in the world. We all—every last household of us—still need to buy the pots and pans and practical stuff—just like always, those needs don’t change. But instead of manufacturing it for ourselves here in the USA—as we used to before the corporations increased their profits—we permit the corporations to send our good manufacturing jobs overseas, where foreign workers are paid a pittance to manufacture the stuff we still need, then the corporations ship the stuff back over to the USA, and then we buy it.

By some standards this would be called crazy. As likely as not we will buy the stuff at Walmart, inanely attesting thereby our acquiescence to the internationalized corporate-foreign-manufacture system that is steadily impoverishing us. We are letting our own impoverishment happen. We don’t have to, but that’s what we’re doing.

We still have to have the stuff, the practical needs of daily living, we still have to buy it—we just don’t make it for ourselves anymore. Or more precisely, our corporations don’t manufacture it here at home anymore. They found new ways to increase their profits by cutting costs. This new foreign-job arrangement is highly successful at increasing profits for the corporations at the center of the arrangement, pulling the strings, abolishing jobs, laying off the Americans who used to fill the good jobs and make all the stuff we need. (To be continued)