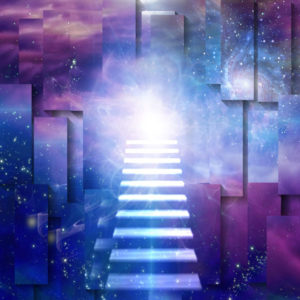 By way of example, let’s attempt to do so for the evolutionary example discussed above.  This immediately forces a return to the definition problem.  Regardless that we have reasoned consciousness to be (hypothetically) separate from the brain and present everywhere in the universe, how may we define it sufficiently to formulate a prediction and invent a test?  I readily concede having no good idea how to define consciousness in grains of sand or helium atoms in the Magellanic Clouds, but I encourage others to give it a try.  As for consciousness in living matter, the following is offered.

Definition:  Consciousness in a living organism is awareness of self and surrounding environment.

To pose a much oversimplified example of steps 3 and 4, then:

Prediction:  All living things can exhibit measurable behavior (animal kingdom) or non-behavioral response (plant kingdom). Both cases indicate some nature of awareness of self and surrounding environment.

Background:  Discussing the emergence of consciousness, Morowitz writes:  “Descartes in the late 1600s argued that animals had no souls and hence no minds.  They were biological machines.  The behavioral psychologists in the 1920s, 1930s and 1940s had the same view.  There is currently a reexamination that argues that mental activity is universally distributed through the animal kingdom and perhaps in other taxa down to the unicellular eukaryotes.  Psychologist Donald R. Griffin has gathered a great deal of evidence in his book Animal Minds and argues for the universality of cognition.  He discusses insects, birds, crabs, elephants, primates, and all manner of animals.  All the studies point to cognitive abilities on the parts of animals.  Something like mind seems to be present throughout the animal world.  At the level of great apes, whales and dolphins, he finds the evidence overwhelming.  As we move from arboreal animals to the primates and higher primates, we find more and more mental features emerging.  The mental permeates the world of mammals.”  (Morowitz, 2002, p. 138)

Proposed test #1:  Observe whether vertebrates (dogs; chimpanzees; mice) and invertebrates (worms) in research laboratories, when subjected to measures that humans would describe as painful if similarly so subjected, exhibit self-aware behavior by reacting to, or attempting to avoid, pain.

Suggested initial use of findings:  Place documented results onto agendas of the National Academy of Sciences and the National Council of Churches, and release to Associated Press.

Spirit of science in spirituality

Scientists marvel over the splendid mysteries nature presents to us.  Responding through their work to compelling desire to better understand reality, the spirit of scientific inquiry is undeterred merely because people cannot directly see or experience a black hole, an atomic nucleus, or explain the human consciousness that so mystifyingly contemplates itself.  As Lincoln Barnett wrote, “Like most of the concepts of modern science, Einstein’s finite, spherical universe cannot be visualized—any more than a photon or an electron can be visualized.”  (Barnett, 1948, p. 86)

NDEs are like that—persons who have not had the experience cannot visualize what the experiencer reports.  So, in our compelling desire to comprehend, we turn like Einstein to rational imagining.  Some would call this unstoppable human desire to understand—irresistibly pursued by our reasoning, rational imagination—the real image of God.  Like many a seeker, we could simply agree with William of Occam that the likely answer to our question is probably the simplest—NDEs probably are exactly what they seem to be, evidence of a non-material reality which is the true home and destiny of our incorporeal selves.

None of this will much matter to persons who have experienced an NDE and thus have the great certainty of their private knowledge. Urges to quibble with my evolutionary example above should be resisted, for its sole purpose is to show how thought experimentation could be conducted en route to expanded modes of research into NDEs.  As a mere example of a method, it is of small moment if I have been careless in some detail. In the words of Yolaine Stout, founder of the NDE experiencer organization ACISTE, on the openness of mind that should characterize scientific inquiry into NDE phenomena:  “Despite many experiments, scientists have never been able to find a biological source for consciousness. … However, until we can prove otherwise, it would be equally unscientific to assume that consciousness has no biological basis.” (Stout, 2007, p. 2)

Indeed.  Teilhard gave us perhaps the broadest context for exploring the interface between science and spirit when he maintained that no one of us can see ourselves entirely unrelated to mankind, nor can we see mankind unrelated to life, nor life unrelated to the evolving universe.  And then he said “The true physics is that which will, one day, achieve the inclusion of man in his wholeness in a coherent picture of the world. … In such a vision man is seen not as a static centre of the world—as he for long believed himself to be—but as the axis and leading shoot of evolution, which is something much finer.” (Chardin, 1959, p. 36)

After decades of considering the matters discussed here, trying always to be open minded and objective, I find I nevertheless have evolved a personal bias and I should state it:  I think a revolution of more incredible scope than anything gone before awaits the researchers who can find a way to demonstrate convincingly the truth of that different reality indicated by conscious perceptions which occur during NDEs and comparable supra-normal phenomena.

A single brilliant success of NDE research by any scientifically valid method would have manifold consequences around the world.  I most strongly agree with NDE researcher Peter Fenwick who points out that “if it can be shown…that people can acquire information when they are unconscious and out of their body…it would be indisputable evidence that consciousness is separate from the brain.  The brain identity theory—the reductionist view that consciousness is entirely dependent on brain function—then must fail, and this would have a heavy cost for science.  Do not underestimate this cost.  Science would have to change in a fundamental way, and so, interestingly, would our social structures.” (Fenwick, 2004)

And in our increasingly dangerous world, that seems to be just what is needed.

Fenwick, Peter (2004). Science and Spirituality: A Challenge for the 21st Century.  Reprint from

Laszlo, Ervin (2006). Science and the reenchantment of the cosmos.  Rochester, VT: Inner

Laszlo, Ervin (2004). Science and the akashic field: An integral theory of everything.

Van Lommel, Pim (2004). About the Continuity of our Consciousness.  Reprint from IANDS