Are you tired of being ON THE DEFENSIVE? … trying to save everything that’s right and good? 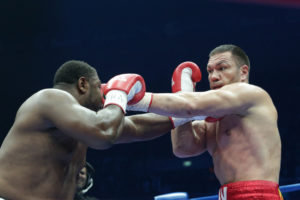 Since 1980, CORPORATE controllers – intent on globalizing an economic system which enriches them at everyone else’s expense – have kept us distracted with divisive issues,  such as women’s rights, guns, immigration, LGBTQ fairness, and far more.  They’ve deceived working voters with false job promises.

While ever more Americans are being forced from middle class into poverty, the rich keep getting richer.

While “Citizens United” money from giant CORPORATIONS and their rich owners takes over US politics, constant CORPORATE mergers and buyouts keep eliminating competition that would restrain prices.

Corporate profits DO NOT “trickle down” – this “promise” is more like spatter on a chicken house floor.

Many Americans under thirty years of age don’t even realize this isn’t normal – it’s all they’ve known.

If we want our kids and their children to have a decent income, we must TAKE BACK OUR ECONOMY.

This is OUR nation – the GREAT MIDDLE  – of Democrats, of GOP, of Everyone Else, Whoever.

FURTHERMORE, except for a few sorry episodes, THE USA IS GREAT AND IT ALWAYS WAS GREAT.

The American Ideal – democratic governance of a federal republic – is the greatest idea in human history.

TAKE THE INITIATIVE, Good Folk – self serving reactionary extremists do not own the USA…yet.

WE HAVE OPTIONS.    WILL YOU SUPPORT GENUINE PROGRESSIVE CHANGE?

Our support will be earned by those candidates who

most fully commit to PASS THESE LEGISLATIVE INITIATIVES:

1.  ECONOMIC RIGHTS for every American citizen – which means ENOUGH INCOME to buy:

1) food (adequate for healthful nutrition);   2) clothing (adequate for all seasons);   3) shelter (adequate for individuals and families, including utilities);   4) health care (lifetime prevention, treatment, long term care and hospice;   5) transportation (dependable);   6) insurance the law makes you buy;   7) in young adulthood, college education or savings but not both at the same time;   and  8) in retirement, economic security.

These economic rights represent the real American dream: STABILITY.   Can you support this initiative?

2. LIVING WAGE. By law, every entity doing business in the USA will pay all employees not less than a living wage. Living wages will correspond to living costs in each U.S. region, updated annually by the federal government.  The “minimum” wage, which at best assures poverty, will be abolished and good riddance. Except for the rich, most Americans haven’t had a real raise in 40 years – wages keep falling relative to rising prices, and most Americans keep losing ground. Young adults can no longer “get ahead” as their parents and grandparents did. There’s a reason for this disgraceful condition, and WE CAN FIX IT.

Can you support this initiative

In 2016 many American workers voted for false promises that their jobs would stop being sent overseas.

LET’S MAKE IT REAL.  WE AMERICANS KNOW HOW TO MAKE EVERYTHING WE NEED.

If we ourselves simply manufactured all the goods we need to run our own households, we could easily replace all those jobs the corporations have sent overseas. Corporations boost their profits by “cutting labor costs” – but the real cost is impoverishment of skilled Americans who lost those jobs.   WE CAN CHANGE THIS.

There’s 320 million Americans and rising fast – we are the third-largest market in the world.

a) MAKE IT AT HOME: 95% of products needed by American households must be MADE IN THE USA.

b) REBUILD OUR DOMESTIC MANUFACTURING BASE on a wartime footing, just as we did in 1941.

the common good for ALL Americans, and the best interests of the United States, and absolute U.S. sovereignty.

BE IT KNOWN:  Deglobalizing our own economy is not isolationism, it is common sense.  Isolation is not possible in our digitally-connected modern world, and there are hundreds of ways to stay engaged in the best common interests of all nations and all peoples – but it is insane to keep sending our jobs and incomes overseas.

Can you support dozens of government investment initiatives such as these throughout the USA?

4.  PUBLIC OVERSIGHT OF PRIVATE BUSINESS, exactly like civilian oversight of the military.

The best economic years in all US history were 1945-79:  34 years when everybody could find a good job, could get ahead, could afford a car and buy a home, could save money and send the kids to college – a time when the middle class was growing, povery was declining, and there were no major Wall Street crashes.

Q:  WHY? WHAT WAS DIFFERENT?     A: Financial corporations were tightly regulated, and the huge wealth of very rich Americans was more highly taxed than in any other period of U.S. history.

*  It’s super easy to charter a corporation in the USA – and we are free to re-regulate them.  *

First priority: financial corporations and banks that produce nothing real, and all fossil fuel suppliers.

a) Pass a constitutional amendment outlawing both corporate “personhood” and unrestrained money in politics.

b) Corporations will be limited to a maximum 5% of the U.S. market for whatever they sell. Five percent of our enormous market is big enough, so let us cease permitting unlimited corporate growth and greed.  Endless wealth is not our reason for being – let us Help Each Other rather than serve big corporations. We taxpayers were charged a TRILLION dollars to save gigantic corporations after their last big screwup. “Too big to fail” is soon going to be dead and good riddance.

c) By law, any corporation exceeding 5% of its market will be broken up. And we will ensure each new subdivision stays under 5%, subject to subdividing again. We have impeccable precedents (remember the Standard Oil breakup, 1911) for dismantling out-of-control supergiant corporations that have stopped serving the common good of the nation and the People.

d) Each new subdivision’s employees will have the option to buy it out and form an employee-owned co-op.

Employees with an ownership stake in their co-op will not ship their own jobs overseas to increase profits.

e) New co-ops will be prohibited from political contributions and lobbying, and they will be mandated to live with market competition that is real.  As incentives to compete and thrive, surpluses earned by co-ops will be 1) reinvested in the co-op, and 2) paid back to the employee-owners in the form of wage raises and fairly-distributed bonuses. Surplus earnings (“profits”) will no longer be extracted from the enterprise and employee labors that earned them.

f) Co-op employees will elect their managers and evaluate their performance. Every employee’s job performance will be evaluated yearly, and will determine raises and bonuses.

g) The top co-op manager’s base salary may be no more than eight times that of the lowest ranking employee. This will be the lawful business standard throughout the USA, putting an end to obscene wage inequalities. And good riddance to the nation’s most blatant insult.

h) Private equity vultures, and holding companies that place multiple corporations under single control, will be banned from the USA. The first to go will be those now raping poor old Puerto Rico — our U.S. “possession” but lacking the basic human rights of any state. Can you support these initiatives?

ELIMINATE BARRIERS TO ECONOMIC AND POLITICAL EQUALITY FOR ALL US CITIZENS.

After we’ve made our economic system fair and just, we will NO LONGER NEED labor unions or welfare.

Deregulating corporations has failed utterly in its discredited claim of lowering prices for consumers. Let those ideologues who think they love deregulation go forth and try living in some godforsaken place which has no regulations at all — then when they come whining don’t let them back in until they can pass a basic citizenship exam.

5.   BUSINESS LOYALTY TO THE PEOPLE AND INTERESTS OF THE USA. All entities doing business in the USA must serve the best interests of the USA. Multinational business entities of indeterminate ownership, foreign-owned business entities that remove their profits from the USA, and disloyal US-chartered corporations that have deliberately moved their headquarters offshore to avoid paying their fair share of U.S. taxes, will all be prohibited from doing business in the USA, its territories and possessions.

6.  PUBLIC CONTROL OVER NATURAL MONOPOLIES. Every natural monopoly (electricity generation and distribution, subways, etc) will be placed under jurisdictional control of a government (local, state or federal as appropriate). Privatizing monopolies has failed utterly in its discredited claim of lowering prices for consumers – in reality it drives up prices for consumers and profits for corporations. Publicly administered natural monopolies must be strictly regulated to require constant innovation and self renewal.

7.  FAIR AND DEMOCRATIC ELECTIONS: “One person one vote” made real.

Create a new independent agency to establish demographically fair and equal voting districts for all federal elections immediately after each decennial census, and prohibit this function by the states whose record of fair redistricting is terrible. Gerrymandering is dead and good riddance.               Can you support this initiative?

Under a new Responsible Citizen law, to operate comparable to the military draft, reasonable fines or penalties may be imposed for 1) failure to register and 2) failure of an able-bodied citizen to get out and actually vote in any federal election.                      Can you support this initiative?

9.  U.S. POPULATION STABILITY: The fast-worsening problem of human overpopulation is directly causing all other major world problems. Unrestrained consumption and exponentially increasing demand for energy, food and natural resources must be contained before exceeding the earth’s capacity to supply enough food, clean water and air. A replacement-only level of population can be achieved by preventing out-of-control overbreeding – as is now occurring in so many underdeveloped nations worldwide, rapidly overbreeding themselves into chaos and starvation. The presumption of constant economic growth paralleled by endless U.S. population growth is foolishly inconsistent with the real world of finite and declining natural resources, all complicated by increasing climate disruptions.

10.  UNIVERSAL RESPONSIBILITY. All Americans are mutually responsible for OUR mutual wellbeing, and Americans with greater wealth and power have greater responsibility to the common good. Possession of wealth and income over and above the relatively minor cost of the eight basic Economic Rights is a privilege of being an American citizen privileged to live in OUR USA. All such privileged income and accumulated wealth are taxable in the Common Interest of All The People of the United States in support of each other and in loyalty to OUR commonwealth. Love thy neighbor, Fellow American, even the assholes – we’re all swimmin’ to the other side.

Can you support this statement of public policy for OUR United States of America?

OUR PROSPECTS FOR THE YEARS IMMEDIATELY AHEAD

TODAY WE FACE NEW FORMS OF TYRANNY THAT ENSLAVE PEOPLE ECONOMICALLY; AND GLOBAL HEATING THAT WILL DESTROY US UNLESS WE STOP THE POLLUTERS.

The source of these threats is the self serving controllers of giant corporations.

– ARE WE IDEALISTIC ENOUGH TO CHALLENGE AND STOP THEM? –

– CAN WE PERSUADE OUR CONGRESS TO DO WHAT NEEDS TO BE DONE? –

You just know they’ll be standing in line to tell us “It can’t be done…too idealistic” they’ll complain.

But consider:  America’s best milestones were pure idealism when Congress enacted them into law:

>  >  We’re deep into the heart of “the American idea” here. Which of your own ideals would you add to this honorable list?  <  <

It was OUR Congress that passed all the above – CONGRESS PASSED THEM ALL.

WE’VE JUST GOT THE WRONG CONGRESS   –   WE NEED TO ELECT A HUMANE CONGRESS.

WE MUST HAVE A CONGRESS THAT VALUES PEOPLE HIGHER THAN CORPORATIONS.

These looneytunes who serve nothing but themselves and their wretchedly partisan political party, who vote against absolutely everything that’s compassionate and good for their fellow Americans, let’s throw them out and start over.

Regardless of what you’ve heard, OUR federal government is not the enemy:  OUR GOVERNMENT IS US.

OUR government is the only force big enough to stop powerful megacorporations from taking over the USA.

HOW IS TRUE PATRIOTISM DEFINED?