POLITICAL FREEDOM IS MEANINGLESS IF YOU CAN’T AFFORD THE DAILY EXPENSES NECESSARY FOR A BASIC STANDARD OF LIVING. 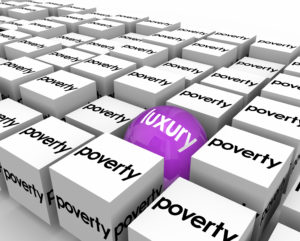 In OUR FIRST AMERICAN REVOLUTION, 1776-1783, we won Political Freedom from the outrages of oppressive British imperialism designed to economically exploit American colonists for endless further enrichment of the super-rich British aristocracy.

In OUR SECOND AMERICAN REVOLUTION, 1861-1865, we defeated the super-rich confederate aristocracy who were determined to preserve, at all costs, their self-appointed right to further enrich themselves by depriving enslaved Americans of their rights to Political and Economic Freedom. We’re still paying their terrible costs 150 years later.

In OUR THIRD AMERICAN REVOLUTION, 2018-2020, our surviving democratic elections won the nation’s first-ever universal Economic Freedom — We The People, the great middle majority, outvoted the super-rich U.S. wealth aristocracy’s intent to further enrich themselves, without limit and to their fellow Americans’ disadvantage, through absolute control over all commerce and all governmental activity everywhere in the USA.   Following these pivotal elections, and in the traditions of the New Deal and Great Society, new laws quickly enacted to EQUALLY SERVE EVERY AMERICAN both politically and economically included:

1)  a Bill of Economic Rights for every American citizen became a new and equal partner with the Constitution’s original amendments establishing the Bill of (Political) Rights;

2)  a Living Wage replaced and abolished the old “minimum” wage which had so long served only to guarantee that millions of Americans remained impoverished with virtually no prospect of ever rising out of poverty;

3)  millions of new manufacturing jobs were restored inside the USA, as necessary to produce all the household goods and other living needs of all Americans – the world’s third-largest market place, wherein every American could now afford our own products, Made in the USA, because every American citizen was finally guaranteed Economic Rights and a Living Wage;

4)  massive creation of dynamic employee-owned cooperatives across the USA brought new incentives to compete in their commercial sales and services for the common good of all Americans;  with their “profits” no longer extracted and taken away, their “surpluses” were retained as reinvestment in the co-ops including wage raises and bonuses for the employee-owners who earned them;

5)  public oversight and regulation of all private business, exactly like civilian control over the military, required all corporations to give their first loyalty to the people and interests of the United States, beginning with abolition of corporate “person”hood and extremely strict federal regulation of money in politics; the breakup of every too-big-to-fail corporation; placement of every natural monopoly under direct governmental control at the local, state or federal level as applicable; and banishment from the USA of disloyal corporations that ship jobs abroad, move their offices offshore to avoid paying their fair share of taxes, and/or pay their employees minimum wages too meager to live on while giving obscene multi-million-dollar bonuses to their undeserving top officers.

6, 7…n)  other progressive legislation required 100% fair and democratic elections; reminded Americans we’re here to help each other make it, not merely to uncaringly take take take – the choice between compassion and selfishness; and more…so much more. This brief summary barely scratches the surface on the creative innovations of Our Third American Revolution.

PREVIEW our options in the decades immediately ahead through this blog’s satirical essays, plays and poetry, not to mention a book which projects actual current trends into the near future.   Especially recommended: Remembering, Because We Should (a poem), Political Strategy Meeting (a short play), and Populist Corrections (a short book laying out our wondrous opportunities but with a just-awful surprise ending involving sadly mixed blessings). Encounter the enlightening ratiocinations of the inimitable, irrepressible Elmore Bland — and his cures for Wall Street hucksters sentenced to Poverty School and Gambling School. While you’re at it have fun with my new polemic essay Lead With a Left Hook — I sure had fun writing it (though my personal favorite is There’s Only Us, the Best of Friends).

I have observed and rejoiced that we’re all giving of ourselves however we can, each in our own ways, in our renewed determination to right the wrongs now rending the splendid idea that is our unique nation. In hope of lifting all boats beyond the ideological divisions grown so bitter they make all claims seem partisan, one of my ways is writing to expand perspectives — to see broader, farther, higher…

Over four decades now persistent wrongs have undermined — wantonly thrown away — the singular economic gains whereby all Americans enjoyed greater equality and income security from 1946 to 1979 — and which quietly underpinned our famous political liberty. The latter depends utterly on the former, and so we ignore our working class’ declining jobs and incomes at the nation’s peril. Political liberty is meaningless if you don’t have enough income for life’s basic needs.

*   UNLESS YOU ENVISION A BETTER FUTURE, IT CERTAINLY WON’T HAPPEN   *