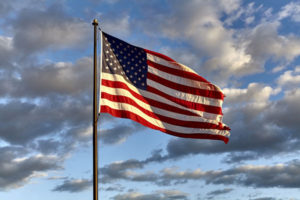 If we fret because so many people voted contrary to our values in 2016, we need to give serious attention to their values and their plight. Our large population known as “lower middle class,” plus all our “working poor,” have not had a raise in household income since 1980 – nearly forty years. They can’t get ahead, they keep falling farther behind…and their numbers keep increasing. The wages of inequality hit them first and hardest, but grossly unfair wealth distribution is endangering us all.

Like it or not, important issues such as global warming, health care, renewable energy and women’s rights will be subordinated by those elected to power for four years – except as emotional hot buttons to distract and divide us. While defending gains in these areas, we must focus on the main issues from now to 2020:  how to 1) increase household income; 2) create millions of new good paying jobs; 3) prohibit corporations from sending any more jobs overseas; and 4) guarantee Economic Rights for every American from birth to death.  Here’s how.

We Americans are the world’s third-largest market – all 320 million of us and rising. If we simply met all our own needs – by producing the goods and services every American needs every day, and selling them to ourselves – we would solve our jobs problem and our foreign trade imbalance at a single stroke. We know how to make the world’s finest pots and pans, and shoes and electronics and steel. Why did we become dependent on buying virtually all of our most basic needs from overseas?

We used to independently produce all our own needs. In the 35 years from 1945 to 1980 we grew the world’s biggest, richest middle class, and reduced poverty to record lows. Manufacturing all our own necessities and selling them to ourselves created more good jobs than at any other time in U.S. history, before or since. Most important, personal household income kept rising the whole 35 years. People got ahead. Why, then, has personal income been stagnant ever since 1980? Why do our good-paying jobs keep disappearing from the USA?

In 1980 a hare-brained idea called “supply side economics” entered the Whitehouse. Its proponents have steadily taken over our national and local economies ever since. They ignore the “demand side,” which is the basic economic rights every American needs every day – food, clothing, shelter, health care, transportation, education, and a secure retirement. They care only about the “supply side” which focuses on how to sell, sell, sell and squeeze ever-greater profits out of every business quarter. They worship The Market, which they believe solves all problems with a God-like invisible hand. Who gains and who loses from this supply-side malarkey?

We Americans tend to like capitalism because its central idea is competition, which holds prices down. And competition does this just fine – if it’s allowed to. But two things work against it. One is the incentive to increase profits by – guess what – eliminating competition. Corporations have enormous incentive to consolidate, merge with and take over other corporations – by friendly or hostile action, no matter – and the anti-competitive merger frenzy begun in 1980 has never let up. The resulting colossus is a few too-big-to-fail corporations that, monopolizing the market, raise prices.

The other incentive is to increase profits by cutting costs, and the costs they cut are – guess what – jobs that pay a decent Living Wage. They make these cuts the easy way, by moving our factories to countries where slave wages are an improvement. Employers caught in this race to the bottom rarely resist the trend – and the American worker formerly earning a good Living Wage is lucky to find a new job at any wage. Then, their skilled employees downgraded to minimum wage or laid off, they move corporate HQ offshore to avoid their fair share of taxes.

How do we define patriotism? Is there any point where corporate profits are more important than The Common Good, what’s best for the nation, for All The People? Corporate profits do not go to All The People, they enrich only the few who own and run the corporations. Does anyone alive still believe these breathtakingly enormous profits “trickle down” to everyone’s benefit?

Re-democratize America. Let’s try some new ideas, such as: Prohibit sending our jobs abroad. Require goods sold to Americans to be made by Americans. Abrogate “free” trade deals that mock our own trade freedom. Eliminate the need for welfare, labor unions, and regulations to protect our people from economic predators, by charging our government to promote real competition: Limit every corporation doing business in America to no more than 5% of the market for whatever it sells. Un-do this “service economy” that serves only the rich:  Implement new entrepreneurial programs to help American workers own their own jobs by converting them to co-ops. Give real foreign aid by helping other nations do the same.

The predictable 2020 landslide will be won by the party which seriously addresses economic wounds that fester now. The losing party will avoid issues, will focus on collecting vast amounts of dark money, will blitzkrieg the media with phony attack ads designed to smear decent candidates who oppose them, and will exploit emotional issues to further divide American voters.  Now answer Pete honestly:  Which side are you on?