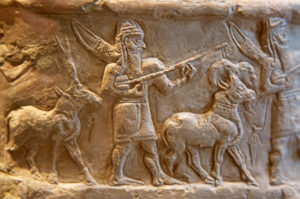 The most recent six thousand years are especially interesting for what they reveal about our ongoing evolution. Our human way of evolving has changed – or, more accurately, a new element has been added atop the traditional way of evolving. Human evolution has speeded up, and this faster kind of evolving has taken a new direction not found in any other species. It’s no longer just physical evolution of our body shape and brain capacity. In addition to that, human evolution has lately become more a changing of the whole – in some ways conceptually comparable to a hive of bees or colony of ants – where the whole, rather than the individual parts, becomes the primary object of change.

In our case, the “whole” is human culture, where we define culture as all the many manifestations of human activity and intellectual achievement regarded collectively, as a whole. To get our minds around this idea, consider a standard definition commonly used to call attention to the differences between the cultural variations of distinct human groups, such as Chinese compared to Europeans, or Amazonians compared to Inuits:

Culture is the sum of attitudes, customs and beliefs that distinguish one group of people from another.  Culture is transmitted from one generation to the next through language, rituals, institutions and material objects including tools and art.

Now raise that idea up a step, to what distinguishes human culture from the overall culture-like behaviors of other species. Though we seldom think of animals as possessing culture, many other mammal and bird species are indeed evolving cultures of their own, and are passing cultural learning and behaviors on “from one generation to the next,” as scientists are increasingly documenting these days. But these are generally infantile, and even the most advanced animal cultures are not remotely in league with the sophisticated level human culture has presently attained.

Our human form of culture constitutes a whole new way of evolving – and it is important, though you won’t read much about it in the newspapers. All other living animals and plants continue to evolve pretty much the same way they always did, with this major exception:  within the last few millennia, and particularly the last two or three centuries, the effects of our speeded-up human evolution have so interfered with other species’ habitats that they have been forced into evolutionary modifications that would not have happened if humans were not present on the earth. Some such modifications are so severe that species extinctions have resulted, and extinctions caused by human culture are accelerating. Of some interest in this context, growth of the risk of human extinction is itself accelerating.

This little-noticed “layering” of human evolution – with the new cultural evolution overlaid as an add-on to traditional physical evolution – is a necessary perspective if we are to understand what’s happening around us and how we and everything else are affected. Call it an expansion, an opening, of mindsets.

Ever since the 1950s science fiction writers have had a field day imagining the hairless sloe-eyed spindly geniuses humans might evolve into in a few thousand years. But their imaginings have rarely entertained the most probable true course of things – it is our human culture, not our human appearance, that is far more likely to evolve to weird extremes. Many think this has already been underway for much of the past century. Consider, for example, how your great-great-grandmother, grounded in the nineteenth century, likely would respond to the sight and sounds of your teenage daughter gyrating to the rhythms of a punk rapper accompanied by screeching electric guitar and insane drumming all amplified full-crank through speakers the size of Volkswagens…

The “civil-izing” of human cultural groupings

As a direct result of cultural evolution from hunting-gathering to an agricultural lifestyle around ten thousand years ago, and rapid refinement of agriculture over the past six thousand years or so, almost all the earth’s peoples have culturally evolved through the several common stages of a sequence that is common worldwide:

…  and sometimes 4. A strong city-state wages war with surrounding city-states, conquers several, evolves into an empire, and subjugates conquered peoples as vassals and slaves to dig up and deliver their natural resources, further enriching the empire and its all-powerful emperor – now said to have god-like qualities.

Steps 3 and 4 qualify as civil-i’zations – meaning that human configuration which has become “civil” in the governance structure wherein its members live their lives. In this event, “civility” may range from benevolent and harmonious to tyrannous. A recent iteration at this level is the emergence of a very civil phenomenon called “democracy,” meaning the people make their own rules and govern themselves without need for a strong man, monarch or emperor. Having been around only the merest eyeblink in human evolutionary history, it is a tossup as to whether civil democracy will be frittered away by moderns freely choosing to restore a strong man who boasts of making them great again.

Notice, these types of fast-occurring changes all involve cultural evolution – the behavior of the whole as a whole. Old fashioned physical evolution of individuals remains at its oh-so-slow pace as described in the previous chapter, seldom noticeable within a mere human lifetime. At each cultural-evolutionary step from village to empire, with accumulating control over both food surpluses and human labor, the strong man-cum-emperor becomes increasingly surrounded by a very small, very elite upper class who, thus freed from the daily labor all others remain bound to, often use their leisure time to create cultural art and social-technical innovations, such as “laws” and a “legal system” – maybe even “writing.” These cultural-social arrangements tend to be fairly stable, except for periodic traumatic displacement of strong men by ambitious stronger men, and – until lately – they usually lasted several hundred years. The Roman empire, for example, lasted a full thousand years before attaining its inevitable fate (though if Rome had possessed modern technology I doubt it would have lasted a century).

As chance would have it, the sequence just described happened six times in the early days of the most recent six thousand years – long before the Greeks with whom many world history books still begin. In The Beginning of historical times, there appeared six human “civil-i’zations” which were the first-ever of their kind (unless you count the far more ancient civilization of Atlantis which, having been obliterated and driven into the ocean floor 11,000 years ago, its existence is difficult to prove). The six evolved independently of each other at six different places, four in the Old World and two in the New.

Farther east, the “Harappan” civilization evolved in the great Indus River valley of south Asia in what are today called western India, Pakistan and east Afghanistan. In far eastern Asia, the human grouping that would become known as China evolved along the Huang He, later called “Yellow River” after the fertile yellow silt it carries down to waste in the sea.

Far away on the American continents, unknown to Old World inhabitants for five thousand years, two other human civilizations arose independently: the Olmec-Mayan in Mesoamerica, i.e. that thin southern tail of North America which stretches from southern Mexico through Panama, and a civilized succession of lineages (e.g., Moche, Nasca, Chimu, Inca) arose in regions from northern Chile up through Peru and into Colombia. Neither was very “civilized” by modern notions of civility and politeness, but that’s just a detail.

Here we should digress into a few descriptive remarks about each of these six “first” civilizations and the similar patterns of early human cultural evolution they exemplify. Such details as are known about their origins are well recorded in history books easily accessible to all who may be curious enough to want to know more.

The name “Sumer” means “land of the civilized kings” in the ancient Akkadian language of northern Mesopotamia. By around 6,000 years ago the villages, towns and cities of Sumeria had indeed spread throughout the elongated great flood plain between the Tigris and Euphrates Rivers. Many peoples in the region had allied themselves – or been forcibly merged into – the systemic configuration of consuming centers and agricultural hinterlands which characterized city-states from 4,000 BCE to the present day (think St. Louis and surrounding farmlands). Some people think the Sumerians invented the wheel, the plow, the sailboat and the chariot, among other useful things – all of which might be true, though let us be ever mindful that might also means might not and the tales we call history are riven through with false “facts” and myths carried down from antiquity. To be perfectly blunt, there’s a lot of ancient truths that will remain forever unknown.

By 4,000 BCE (i.e., 6,000 years ago) the Sumerians of Mesopotamia had achieved what we think was the world’s first human grouping at a level of sophisticated functioning recognized and certified by modern historians as “civilization” – defined as a large body of people who conduct themselves in a civil manner, as distinguished from an un-civil manner. The exact definition is still being worked out today.

Of course we few who have considered other evidence know the first-civilization honor might be claimed by a much earlier human grouping known as the Atlanteans who reportedly, though warlike, were sophisticated. If true, the Atlanteans logically were but one among a variety of Mediterranean civilizations which had emerged well before the 11,000 BCE asteroid strike pretty much wiped them all out along with their written records if they had any. Plato says the Atlanteans had been a major force as traders with various other peoples in both the Mediterranean basin and westward across the Caribbean. So with whom were they trading?

Egypt was one, according to the Egyptian priest in Plato’s report – so how old is Egyptian civilization, really? Despite this claim of a busy trading world in the very ancient Mediterranean and Levant, unprovable today, we do know this: after 9,000 BCE, commerce was insignificant throughout that area for several thousand years until the Sumerians appeared with some measure of sophistication around 4,000-3,000 BCE. Their archeologically-certified existence per se provides grounds for presuming they – and presumably the Egyptians as well – had worked their way up (or back up) to the level of productivity and sophistication necessary to be called a civilization. They presumably did so during that huge historical lacuna between the asteroid strike and their certified appearance six thousand years later.

No writers of modern textbooks, fearful of being branded superstitious, will admit to so much as suspecting a large island called Atlantis ever actually existed. And so the tangible evidence of pre-historical large civilizations and booming trade among them is not mentioned in 1) textbooks of the West, which cite the Greek Socrates-Plato-Aristotle period as the earliest beginnings of the modern world, or in 2) the textbooks of the East which cite Chinese dynastic origins as the earliest beginnings of the modern world. Which version you’re taught depends on where you happen to be born. Of course the peoples of India and Persia as well as Uighurs, Basques, Dogon and others have their own competing versions.