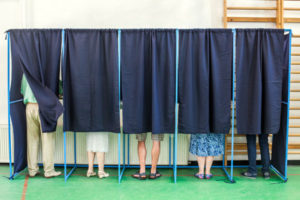 “First do no harm,” advised the healer Hippocrates to his medical students in ancient Greece. Transferring his timeless advice to our deeply divided modern America means we must do nothing to make the divisions worse, for they destroy our essential unity.

To heal the rancor now dividing our citizens – all quite sure they know the common good that’s best for us all – we must do everything we can to achieve agreement on what the greatest common good is, thereby to begin restoring goodwill among ourselves.

Who is our enemy? Republican, democrat, liberal, conservative, center, left and right, we are first of all neighbors, friends, children of God. This we must never forget, neither in debate or in anger – nor through unworthy habit permit ourselves to demonize our disagreeing neighbor as an enemy, a lesser mind, unspoken to. Even while disagreeing we shall not look down on a fellow American simply because we disagree. We are better than that; we must be better. We share neighborhoods; we share a county, a state and a nation; and we share responsibility to govern these to the greatest common good for all.

How shall we agree on what is the greatest common good for all? Legitimately, we may differ on what we believe is the “greatest common good.” But remember, while no two people share all their values in common, we all share many values in common. Down to the last one of us, we are all different in what we value, and no one believes or values exactly the same as anyone else. Rome’s values died from within; ours are endangered. So in pursuit of unity and goodwill among us, let us identify known values that we share.

We all mutually value freedom of decision, freedom to vote as we choose. Freedom to express what we believe, freely chosen by our free will, is a common value to every person I know, without reference to politics. We may begin right here, then, by respecting this freedom for all of us, mutually. What does such respect mean – what is implied?

Speak only to issues, don’t just insult the opposition. Issue: If you argue for or against government-sponsored health insurance, say specifically why you think it’s better or worse than private insurance. Don’t berate others who disagree – that divides us, and turns away voters who might otherwise agree on the issue. Besides, it’s beneath us.

Issue: If you believe in unfettered immigration, spell out why you think our longstanding common sense laws setting quotas and restricting who may be admitted are not in our common interest. If you believe in total exclusion of immigrants from certain countries, say why you think our existing quite stringent screening procedures aren’t sufficient to screen out undesirables. In both cases, don’t berate others who disagree – if you do, you divide us, you destroy precious unity. Your ancestors too were immigrants at some point.

Issue: If you believe our capitalist economic system should be reined in to halt increasing maldistribution of wealth between a super-rich few and everybody else, be very clear on why you regard this as harmful. If you believe all governmental regulations should be abolished, be very clear on why you think they didn’t need to be implemented in the first place for the express purpose of protecting some people from other people, as indeed they were. Above all, don’t call your fairly well informed opponent an idiot simply because he or she disagrees with you. It‘s discourteous, among other things, and by clearly spelling out your reasoning on issues you might actually convince somebody.

Define what you believe is the common good. Should every American be assured of basic adequate food, clothing and shelter? Should a guaranteed minimum of these needs for staying alive be defined as “economic rights”? Given the truth that most poor people are born in poverty and face inordinate difficulty in rising out of it, if a truly great nation is able to assure adequate minimum living needs to all, as we are, is it immoral not to? Should we voting citizens assign such assurance to governments, federal state and local?

If we could provide a job paying a decent living wage to every employable American, as we could, and ensure full employment by simply providing all the manufactured goods and services required by our own U.S. market, the world’s third largest, as we could, is it ethical or even sensible to treat international free trade as a religion while it returns its vast profits to a very few who are already filthy rich? What is government’s role here?

Are we our sisters and brothers’ keeper? Are we acting morally if we say we have no responsibility, they’re on their own? Or, if we claim personal responsibility for helping others, can private charity do the job as well as government, or as fairly? Can we claim that all American citizens are “politically” free when so many have no “economic” choice but to focus all their attention on scratching out a get-by level of food, clothing and shelter – much less somehow get to the polls? Shall we despise our republican and democratic neighbors who disagree on these matters? And then feel righteous if we do?

Speak right out and be recognized: What do you think important, really? Is there anything in this world that you think more important than getting your political party elected and in absolute control of every last niche of government? In pursuit of this, are you willing to diminish certain voters’ equality by gerrymandering voting districts or knowingly setting up phony filters that make voting more inconvenient for some?

Are you willing to exaggerate truths and untruths with intent to dupe voters to vote your way? If your opponent votes against engaging the United States in expanded military conflict, will you misbrand that courageous vote as cowardice? If your opponent believes people are more important than the cloth symbols we call flags, will you mislabel that belief as disloyalty? What do such misleading mouthings say about you? At what point does exaggeration edge over into nonchalant lies?

Has either political party never committed ideological anti-democratic atrocities such as these, and others as bad and worse? Has any political party ever focused unequivocally on The Common Good, what’s best or at least adequate for every last American? Check your history books – or your memory if you’re old enough, for the answer is Yes.

Not altogether accidentally, we face today the same choice we faced in 1860. Fellow Americans were profoundly divided over issues that were both political – i.e., the right to freely deprive others of their rights – and economic – the right of a small super-wealthy minority to prosper at the expense of an abjectly impoverished, vastly larger, majority. Now as then, one side is frenetically determined to shut out the other, bend any rule to have its own way, trashing the greater common good. The other side shouts and parades frenetically against the tyrants, the lowlifes, the destroyers of democracy – losing sight of, forgetting, the common good. Compromise, moderation, are not discussed any more.

In 1861 they came to blows. I believe we are better than that. I believe we can rise above this negative bad example we’re setting for our children. Does anyone out there agree?