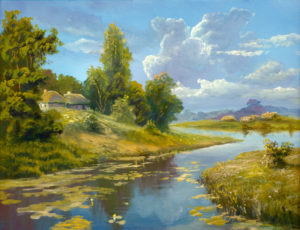 Judge              Dang my luck, where is the man when I really need him.  Anybody here seen the governor anywhere this mornin’?

Senator           I seen him in his office ‘bout two hours ago, Judge.  Had his ear five whole minutes.  Had to listen to him rant five more. That don’t help you none now, I don’t suppose.  You could just stick around, he’s bound to slip in here for a snoot before the day’s over.  Join us for some lunch?  I’ll treat you and call it investment.

Judge              [sits at table near Senator]   Well, senator, long as I’m already here we might as well make the trip worthwhile, thank’ye kindly.  Don’t have time for lunch, but a bite of bourbon might stave off the hunger.  Cain’t stay but just a minute.  I’m confident the governor will wait while I sip. [he turns to the others]  Mister Russell McRery, Mister Dan Lindsey, Mister Paul Sawyier, Mister John Selbert, Mister Leo Chenault – most of the reg’lars, I see.  Good day to you gentle-men.

You come at a good time to get some culture, yer honor.  Paul here was just about to explain to us no-accounts what this “impressionist art” is all about.

Leo                  Well, this fellow bought a lot over between Conway and Ewing.  Built a house up front, fenced the rest for pasture. Put a big old red cow in there.  Wasn’t much of a pasture – whole back end was a ravine that run off toward the river.  In this ravine there was a great big old sewer pipe buried just under the surface that everybody had forgot about.  One day people in that neighborhood started hearing things in their bathrooms.  What they heard was a cow bellerin’ up through their drains.  Turns out the cow had walked on the old sewer pipe, it broke through and she fell in.  [all chuckle]

Well, four boys went down in that sewer pipe to try to find her.  They did, she had got clear over to Fourth and Steele Street where another pipe went through the big one, and that stopped her.  The boys studied on what to do, for this cow had great long horns and a grouchy way about her.  Finally two of them crawled under and got to the front side of her.  They pushed on her horns while the other two pulled on her tail.  They maneuvered her backward that way till they got clear back to where she had fell in, and some men hoisted her out.  They said she always seemed nicer after that, her disposition was greatly improved.  And that’s the god’s truth.                    [general hilarity]

Paul                 Impressionism.  It’s still new in the United States.  It started in France.  I learned about it when I studied at the New York Art Students League.

Paul                 Now, now, cousin Russell, the mill prospered without me.  A French artist named Monet has probably had as much influence as anybody in bringing impressionism to prominence.  The idea is that the artist paints the generalities in nature, without trying to reproduce all the little fine details.

John                I would if it was a man. But if the lady was with him, I’d point her to every detail I could think of.  Sell the ring that way.  Still, seems to me like an artist leaving out details is just tryin’ to get done quicker.

Paul                 No, you’re missing the point.  If you want an exact reproduction of details you should take a photograph.  In an impressionist painting you get what the artist sees. For example, sharp edges sometimes look better if the artist gives them what’s called a soft focus — slightly blurred.

Paul                 Same thing!  Ten impressionist artists could paint Elkhorn Creek and they’d see ten different creeks.  We all see things from our own point of view.  A lot of people see shadows as black.  I prefer to paint them as blue, or violet.  Sometimes both.

Paul                 She liked it fine, too. Paid me in cash.  If you want to see what I’m talking about, several of my paintings are on exhibit at the Women’s Club right now.  Next week I’ll exhibit more in Lexington.  And I might add they’ll be at prices even the gentlemen here assembled can afford.

Paul                 Gentlemen, I’d love to lecture all afternoon, but I have an appointment with a lady that must be kept.  Sorry to leave you so incompletely informed.  Or completely uninformed, as the case may be.

[he rises and starts to leave via the wrong door]

Judge              This Track Room and that side door are the best kept secrets in Frankfort.  If anybody ever tells he’d better not appear in my court.

Russell            I must go too, boys.  Back to the hemp mill.  This panic is playin’ hell with twine, string and rope.  Sales looked fine last spring, but that was last spring.

Senator           Whole damn economy has got in a hand basket, Russell.  Presi-dent Cleveland says he don’t think this is a de-pression!  Well, that’s just his im-pressionist way of seein’ things.  We got people runnin’ on the banks ever’where.  And the only banks that ain’t failin’ are the ones foreclosing on people’s farms!  Men out of work from Bald Knob to Baltimore. Grover Cleveland would have been smart to quit after his first term while he and the damn mugwumps was still ahead.

Russell        You fellows can talk politics all day!  I’ve got to go try to gin up some sales!

[he leaves via side door]

Dan                 That’s just the beginning of it.  Paul’s daddy is still president at the mill, and the rumors are he’s been making some real bad business decisions.

John                That’s because Nat Sawyier is not a business man!  He’s in that mill because he wants to get rich quicker than he can doctorin’, is what I think.  High living is part of his problem.  I hear tell he spent two or three fortunes just on his daughters’ weddings.  And every time Paul got bad broke, daddy would take him back on as a salesman, whether he could sell or not.  Did that for five or six years.

Leo                  Nat still keeps his hand in a little on the docterin’, but who wants to take their sick baby to a doctor whose mind is only part time on docterin’?  As to weddings, though, Nat will likely get some relief where Paul’s concerned.  Paul has been courting Mayme Bull for some years now, but she ain’t caught him yet.

Judge              I just don’t understand that situation.  Man must be near thirty years old but he’s got no steady job and still lives with his momma and daddy.

Senator           Don’t look to me like he really wants a steady job, Judge.  It don’t seem to crimp his style much, though.  Him and Mayme show up at every dance that comes along.  They’re big guests over at Wood-burn.  That’s the Alexander place out at Pisgah, in Woodford County.  Looks to me like that young man plays more than he works.

Leo                  He does.  He’ll go for long spells just layin’ around – playing the guitar, going fishing, playing cards, tipping bottles with his buddies.  Then his credit runs out and he gets busy painting pictures again so he won’t have to beg his daddy to let him have back that travelin’ job for the mill.  He hates that job.

Judge              I heard one of his buddies say he was just plain lazy, like as if it was funny. Likes a good time better than he likes chores. That true?

Dan                 Well, I wouldn’t want to judge, Judge.  But I do know he started some copper etchings of the covered bridge five or six years ago.  Then he just quit on ‘em.  He didn’t finish those etchings till this very year.  I can’t imagine why he took so long.

John                I happen to know Paul buys all his artist supplies up at Joe LeCompte’s drugstore.  Or I should say, he charges them there.  Been running up a bill for years, Joe says.  His bill got so old – and just kept getting bigger – Joe put the pressure on him to pay some on it.  So they worked out a deal.  Paul had these copper plates showing two views of the covered bridge, but – like you said – they weren’t done.  So he finally got busy and finished ‘em up this past summer. Then he let Joe LeCompte send the plates off to a Chicago printer to make a bunch of impressions.

Joe sells those in his drugstore for six or seven dollars apiece, gives Paul half of every sale and puts the other half on paying off his bill. Makes ’em both happy.  Joe says the bill might even get paid off someday if the sales ever get ahead of Paul’s charges.  He thinks people will buy prints of the covered bridge now that they’re tearing it down.   [pause]   Got to make way for this new steel bridge the damn federals claim we must have to get across the river, y’know.

Judge              I might want one of those pictures my self.  Sure hate to see that old covered bridge go down.  Frankfort won’t seem the same without it.  Been a many a pretty lass has got kissed in there…

Leo                  One direction, he’s got so much pride he says he is never going back on the road as a salesman.  Says he absolutely will get famous enough to make a living by selling his paintings.  In the other direction he likes to paint old things – things that are fading away, like the covered bridge.  But he pretty much stays in debt, as I hear it.  He won’t hesitate to run up a bill, charging his very means of making a living, then he lays around half the time and don’t do any painting till he’s desperate for money.

Dan                 Buford Hendricks told me Paul came around wantin’ Buford to loan him some money, or else buy some paintings.  Said he needed to go to that big World Columbian Exposition they had up in Chicago this year.  Told Buford some of his own paintings was in the Kentucky display, and he wanted to go real bad but he didn’t have the money.  Well, Buford had him paint his wife and his mother and two of his childern.  Said he paid him cash for these, and Paul jumped right on the train to Chicago.

Dan                 Ed said he was in his preacher’s office one day and he saw one of Paul’s paintings hanging on the wall.  Said he studied it right close, and told the preacher he recognized that stretch of the Kentucky River – he had been there.  But he didn’t see all those colors Paul had painted along the river bank.  Said the preacher just looked at him and said “Don’t you wish you could?”

Dan                 Ed said right then is when he began to realize that the true artist sees colors and beauties that just escape the average person.

[they sit reflecting, mouths agape.  Jimmie peeps out curtained window near side door]

Jimmie            Here comes your average person.  Frank Stagg has once again entrusted his hardware store to someone else so he can come get his afternoon toddy.