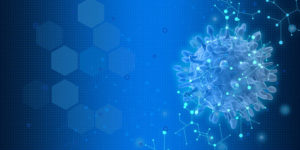 I have spoken of “first life”—something unknown which somehow “became alive,” method unknown, thereby distinguishing itself from everything else on earth which was, at that time, “not alive.” But maybe that’s not how it happened at all.

In his wonderful little book Evolution in Action, Julian Huxley notes that self-reproducing life “appears to be linked with complex chemical molecules, in which nucleic acid is combined with a protein,” and that many other enzymes and carbohydrates must be present. While true, his words concern a higher order of complexity than must have defined that first molecular life, wherever it began. Since we cannot know and shall in fact never know what the first life was like, speculations really ought to begin with the lowest level of complexity we can reasonably address with any assurance that we know what we’re talking about—atoms. (And we humans do speculate—on the stock market;  pork belly futures;  who’s bedding with whom—so perhaps speculation should be considered one of the defining characteristics of life at the human level of complexity.)

Atoms represent a low but significant level of complexity, since several “lower” forms of energy (quarks, protons, neutrons, electrons) must organize themselves in order for a “higher” atom to exist. Those lower components first appeared in the earliest instants of the big bang explosion. They joined together meaningfully only after rapid cooling of the bang’s expanding plasma permitted them to self organize as atoms. Though atoms are organized and have some complexity, they do not reproduce themselves, thus we can reasonably assume atoms are not “alive” according to our criteria above.

The various compounded molecules which comprise the bodies of living entities, such as algae and humans, tend to be quite complex in terms of sheer number of compounds per se and the quantity of different elements those compounds represent. To view examples, use your favorite search engine to call up a visual model of a sugar molecule, or search on “complex molecules” generally. Other examples include the DNA of humans and fruit flies, as well as the lipids and hydrocarbons that abound in the bodies of these creatures.

If a molecule is part of a living thing, it is called “organic” (even if the living thing lacks organs, as some do). A great many of the organic molecules that comprise living bodies contain atoms of the element carbon, and so carbon compounds are known to be integrally associated with life as we know it. When astronomers find planets circling distant stars, spectroscopic analysis soon follows to see if carbon compounds can be detected in any atmospheric gases that might surround the planet. If carbon is there, life might also be there, and if life is there it might conceivably be as intelligent as us and therefore we’d want to quickly know about it in case it might be as innately hostile as we are. Many scientists are driven, by their life force yearning, to try to find out. Why do they so yearn to attain knowledge, not altogether unlike the way they yearn to reproduce?

If a molecule is part of something not alive, such as a grain of sand, it is called “inorganic.” Interestingly, there are some inorganic molecules which somehow, all on their own, become rather complex. Examples of these too are easily found online (“complex inorganic molecules”). What, in the long-range scheme of things, do you think they might be self organizing and emerging toward? Non-carbon-based life? Perhaps.

An interesting never-never land exists on the fuzzy border between inorganic (non-living) and organic (living) compounds, where reside the complex molecules we call viruses. These things may or may not be alive—we really aren’t sure. In general, a virus is as much smaller than a germ as a germ is smaller than you, and yet it has considerable complexity. Most viruses are so utterly tiny that they exist down at the just-above-atom level of molecules, and that is in fact what they are. Viruses of all sizes are complex molecules—which in turn consist of bunches of atoms bound together. Really tiny.

Viruses don’t exactly exhibit the criteria we’ve used to define “alive,” but they don’t exactly not exhibit them either. They obviously have capacity to organize. Whether they have any slightest glimmer of consciousness is anybody’s guess, but they presumably fit somewhere on the gradient’s bottom end. When viruses reproduce they certainly do so exponentially, but they lack their own built-in capacity to reproduce—a seeming paradox.

Viruses get around the paradox by being the ultimate parasites. By various means they invade a host, such as us, and then raid the cells of their host to obtain the living materials (amino acids, lipids, etc) they must have in order to reproduce. In other words, a virus must combine itself with some of your cells before it can reproduce enough of itself to harm you. Unable to generate or store energy (no natural food throughput), viruses steal the energy and metabolic processes they require from the cells they invade and victimize, very much like Voldemort-who-must-not-be-named yearning to kill Harry Potter.

Even if they were definitively alive, viruses could not be classed as plant, animal or bacteria—yet by one means or another they can invade and parasitize all of these. Viruses may have begun as rogue segments of our genetic DNA or RNA that evolutionarily adapted to exist parasitically, but that scientific speculation is unlikely to ever be decided one way or the other. Parasitism seems to be built into nature’s options for enabling life, for we observe it in parasitic organisms such as mistletoe and leeches, corporate chiefs and their vassals in Congress, and vile tapeworms.

Viruses muddy the water—while preying on people and other creatures of whom they kill millions every year. They certainly display that urge—at least latently—to survive and reproduce which persists so exponentially in all living things. But if they can’t reproduce wholly on their own, without a host, are they really alive? An unambiguous definition of “life” — “living” — “alive” —will not be clearly established unless and until we understand viruses better than we do now. We are left with no choice but to be agnostic on the question—we seemingly cannot at present figure out whether viruses are “alive.” Agnosticism is the only honest posture.

Few understand how muddy that water is, for the virus story has complications. Over recent years word has spread about the importance of bacteria that live on and in us, especially in our intestines. It is becoming understood that all these many species of bacteria, symbiotically processing the food we eat, are vital to our health and wellbeing. Much less well known is the fact that viruses play a similar role.

Known collectively as the human “virome,” in any given human body viruses outnumber both bacteria and human cells ten to one. They are ubiquitous in and on us as an integral part of our human bodies and biology. In our togetherness with them, we may be thought of as walking viral ecologies more complex than rainforests. While some viruses cause AIDS, flu, Covid-19 and certain cancers, others promote our health. Research has actually shown that viruses are part of our defensive immune system and control certain activities of the bacteria that live within us. And, just like gut bacteria, no two persons’ gut viruses are exactly alike. It appears that virome research, now in its infancy, will in time come to have much importance for understanding human health.

Some suspect that the RNA “organelle” within each modern human cell may even be an evolved remnant of ancient virus-like organic molecules. In many ways viruses let us know that, for better or worse, they have a natural affinity for co-mingling with the cells all over our human bodies. We cannot discount the possibility that such affinity may be a holdover from those most ancient days when, on one particular day, a complex inorganic molecule underwent some kind of chance transition that enabled it to start reproducing itself. Then, having become “organic,” it did it again, and again, with more than one self-copy in each succeeding generation—what we humans would someday call “alive.”

So far so good with that context I spoke of earlier. There’s quite a bit more, equally as important as the story itself which I now present in elegant brevity. Some additional necessary context will be more meaningful after the story’s been oh-so briefly told.

A brief history of life evolution on earth

The Cambrian “explosion” took place over a 55-million-year period during which simple one-celled living thingies, which had previously just laid around doing very little for three billion years, suddenly got excited and evolved into a veritable horde of highly diversified species that were a lot more complex than just one cell. What made it happen?

Nobody is sure. (Have you ever noticed how, when a person hasn’t the foggiest notion of an answer but nevertheless wants to maintain an appearance of perplexed braininess, that person says “I’m not quite sure…”) To indulge in vile speculation, it might have been that the vast amounts of new oxygen produced by the pre-Cambrian thingies saturated the oceans sufficiently that a tipping point was passed, enabling more complex life to evolve—but might also means might not, so—in agnostic truthfulness—we don’t know. What we do know is that life during the “brief” Cambrian explosion became more complex than it had been ever before. It emerged, it rose upward to become something more than it had been before. Just as we mortal humans are supposed to be doing.

Consider the types of life characterizing each of the three periods:

1) Pre-Cambrian life was mostly simple stuff such as one-celled bacteria and algae. With barely enough sense to survive and reproduce, it nevertheless dominated the earth for three billion years—which is 86 percent of the time life has existed on the earth. It didn’t do anything but gradually spread itself around and evolve/emerge upward a very slight bit, so there’s not much more worth saying about it.

2) The Cambrian explosion, which lasted a small fraction as long as that extended pre-Cambrian period, was those 55 million years when life evolved from simple one-celled critters into complex plants and animals with moving parts and internal organs, even eyes. Among the thousands of species that came into being during the explosion, little three-lobed trilobites were the dominant animal;  their fossilized remains are found in rocks all over the world today. There’s plenty to say about this period, but not here.