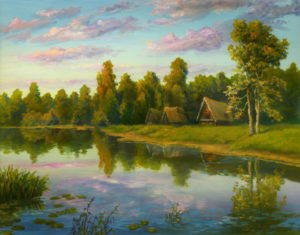 [Late September 1890, the Bull family home.  Mayme is receiving unsolicited opinions from her brothers Sam Jr (26) and Frank (23).  They pronounce her name as “maim.”]

Sam                 Mame, I don’t want to hurt your feelings, but you really need to ask yourself whether the prospect he offers is worth waiting for.

Frank              …but you’re not even engaged.  Think how many of our friends have gotten married during those same three years!  What are his intentions?

Mayme           Brothers, I know you have my wellbeing at heart, but this is cruel.  Your timing is atrocious!  Not to mention that my business is none of your business!

Sam                 The timing is now because this is the time we’ve got.  We came up for Henry’s funeral but we’ve got to be on the train back to Greenville tomorrow.  I’m sorry if our timing is not ideal, but we have to talk some common sense to you.

Mayme           Such understatement!  Paul’s brother has just died, the funeral is barely over, and everybody in both families is devastated.  Yet this is the time you want me to consider that Paul may not be the right man for me? Yes, Sam, your timing is not  ideal!

Frank              Mame, we considered having this discussion in a letter from both of us.  But that’s no good, it has to be done in person.  Tell the truth, neither one of us was anxious to raise such a touchy subject with you at all.

Mayme           Why!? Nobody who lives here, who sees me every day, has ever felt the need to raise it.  That includes Mama and Papa.  They like Paul.

Frank              We like Paul too.  Papa and Mama are getting older and more accepting.  They’re not going to say anything to you.  We’re raising the subject for your own good.

Mayme           Tell me, loving brothers, how is it you presume to know so surely what is my own good?  I didn’t question either of you about your own good when you moved off hundreds of miles away, clear to Greenville, Mississippi, and half broke our poor mother’s heart!  You don’t see how she grieves from seeing you so seldom.  Yet you, living away off down in Mississippi, you think you know what’s wrong with my life?!

Mayme           I don’t know exactly.  He doesn’t either.  He’ll leave as soon as he can, because he was supposed to already be there.  He sent them a telegram explaining that his brother died and he’d have to arrive late.  His sisters and their husbands will all have to leave town soon, and Paul’s worried about leaving his parents alone at such a terrible time as this. What are you getting at?

Sam                 Bear with me.  Between last February and right now in late September, how much of the time has he been on the road selling string for Kentucky River Mills?

Sam                 It tells quite a bit about the priority he places on being with you.  It shows that during the past year he’s been here in town only about three months.  And with him and his easel somewhere up Elkhorn Creek half the time, how much of that three months were you actually together?  Now he’s about to leave again, and what has he promised you?  Anything?

Mayme           [furious]    This topic, big brother, is – and I repeat – none of your business! You have no idea how many portraits Paul has painted here in Frankfort this year alone, many times with me sitting there beside him.  Paul loves me.  I love him.  We love being together as much as we can!  When we can’t be together, we keep together with our letters. And we look forward to those weekends when he can get home.  Paul’s absences to study art are wise investments in his future earning power as an artist.  And his traveling for the mill brings in the income needed to pay for those investments. I think we’re doing pretty good, all considered.  Can’t you understand why he and I must wait?

Frank              We do understand.  Everyone should calm down.  We’re just concerned about you, that’s all.  We’ve known Paul forever and we know he’s a nice fellow.  But we can also see what you apparently cannot, that he’s not handling this romance very well. Mame, you’re twenty-five years old and still not married.  We don’t want to see our sister get hurt. We could not be here and not say something about our concerns.

Mayme           Thank you, Frank, for the calming voice.  I appreciate your concerns, both of you, but I would just as soon you both go off and get concerned about something else.  I don’t want to discuss this any more.

Sam                 All right.  I’ll stop with this piece of advice.  Just keep your guard up a little, that’s all I ask.  I could be wrong of course, but I have serious doubts that Paul Sawyier is the marrying kind.  It appears to me he’d just as soon be out fishing or bending an elbow with the boys as to settle down and be a family man.  And as to him earning a decent living for you as an artist? – sorry, Mame, I just have my doubts.

[Mayme folds her arms, buries her face in one hand]

Russell’s Voice          Paul Sawyier, Esq., Mapleton, Iowa, January 1893.   Dear Sir:  Your telegram at hand saying you missed Keokuk and Donnelson.  Regrettable, but maybe you can come back that way.  About that Casselton mess up in Minnesota, call in a lawyer if necessary, but settle it without one if you can avoid the cost.  Lawyers are expensive luxuries.  But after you arrive there, stay there until you do settle it.  After you return to Indiana, be sure to make Terre Haute, Sullivan, Carlisle and Oaktown.  At Oaktown you should be able to get increased orders, as Polk and Son wrote us a complimentary letter last year about the sixteen hundred pounds they had bought from you. Be sure to tell us where to write you. Yours truly, Kentucky River Mills.

[shaking his head, he lays forehead on hand]

[spotlight comes up on Mayme seated at opposite side of stage, reading letter from him;   he reads aloud as he writes to her]

Paul                 February 1893.  My dearest Mary, please regard this letter as a portent, for something significant is about to happen.  I’m in western Indiana tonight, just five miles from the beautiful Wabash, whose beauty cannot be seen from five miles away. Yesterday I went through Terre Haute and Sullivan.  Today I made stops in Carlisle and Oaktown. At each stop I either did or did not sell string. Tomorrow I’ll do Vincennes and Petersburg, maybe more.  Can you bear the excitement of hearing all these adventures?

Mary, I don’t care if I never see these whistle stops again.  Especially Oaktown. The mill had assured me a great sale awaited there when I stopped in at Polk and Son.  But reality got in the way.  Old man Polk had carried over five hundred pounds of the shipment we sold him last year, and today he wanted only five hundred more.  That was all I could do with him, as he made a harder kick about the price than I’ve heard anywhere since I started covering this flat boring prairie more than six years ago.  Considering the enormous quantity he sells, there was no need to be such a grouch.  But I should be grateful to him.  Old man Polk has inspired me to a momentous decision.  Are you ready?

Listen, my Mary.  No more traveling salesman.  No more Kentucky River Mills.  I am coming home this weekend – which is not on the schedule – and I am going to resign.  I am going to resign forever.  I’m going to tell Papa and Cousin Russell they had better put a new man on this route, for I am not coming back.  Not ever.  Please to prepare the picnic basket.  If it’s too cold to go out in the country, we shall have our picnic right there on your parlor rug, because we must celebrate!  Mary, this traveling distraction from my art – I am leaving it forever!  It has held me back for over six years.  No more!  My decision is made, and it is firm.  My priority from this day on is my art.  I am going to paint until I turn blue.  And sooner than you think, I’ll be counted among Kentucky’s best artists.  Our future just got a lot closer!  See you Saturday!   All my love, Paul