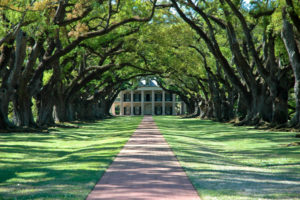 Do you know what’s keeping the concept of slavery very much alive in the twenty-first century? Sweatshops, gas marts, Walmarts, whorehouses, on-demand contract workers, “minimum” wage, and that corporate imperative: Cut Costs! Capitalism is the system;  corporations are the vehicles that sustain it—them and a persistent slaveholder mentality.

Capitalism is the system and corporations are its vehicles. We have these problems primarily because so many corporations have grown out of control and the people who run the corporations are unchecked by any civic discipline. But something much deeper than out-of-control corporations is at work in this dismal undoing of the American dream. That something is a sad commentary on human nature—or at least the nature of certain humans who, serving themselves vigorously, give their days and their scheming over to an endless quest for great wealth and great power.

…And the Great Spirit asked: What have you brought me?

Imagine you are the head of a corporation. The main thing your board and stockholders expect of you is to increase profits. The stockholders don’t particularly care what you sell or how you go about increasing profits, they simply know they invested their money in your corporation with expectation that the investment will make them more money in the form of hefty dividends. The expectation is reasonable—they know it’s the reason your corporation exists, i.e., to produce profits, the more the better. From a corporate point of view, all else is incidental. That’s why corporations are brought into existence. For profit.

You have two principal ways to increase profits:  either 1) sell more of whatever your corporation sells, or 2) reduce your costs. Most profit-increasing devices are variations of these two, and the distinction between them is important. You can increase profits either by raising the appeal of your products to prospective buyers, or by intensifying your advertising and marketing to persuade people who might not otherwise have bought your stuff at all. You can most easily cut costs by cutting payroll—it’s usually much harder to cut the cost of the materials required to make our products. Payroll is most easily reduced by eliminating jobs—whole salaries—and leaning on the remaining workers to produce more to make up the difference. Long experience has taught you this latter can be pushed to wretched extremes before the workers finally rise up and unite behind the barricades.

Congratulations:  big cost cut, instant profit increase. Never mind that the workers you let go had all been with the corporation twenty years, were loyal, and looking forward to retirement. Too bad. You did what you had to do to increase profits, that’s why you’re in business, right? If you didn’t, they’d be dissed anyway by the next owner who’s secretly angling to buy out your corporation before the end of this year. And besides, employee wages and fringe benefits are virtually always the single biggest cost of doing business, so they’re right up there, real prominent, when the corporate heads go looking for places to cut costs, as they constantly do. Cutting costs is money in the bank—and CEO salaries.

Pay attention to those first glimmerings of understanding on why corporations born and chartered in the United States, still selling most of their products in the United States, have sent so many of our good-paying jobs away from the United States to foreign nations where very low wages are the norm. Instead of paying you $35 an hour plus a set-aside for retirement benefits, which you diligently worked your way up to over twenty-six years, the corporation can now pay $2 an hour and no benefits at all to an industrious foreign worker who is oh-so happy to get the $2 and no complaints because it represents a lifestyle improvement in his or her poor country. Big cost cut, instant profit increase.

Your job has been “outsourced,” as they say. Sorry, too bad, that. After the corporate heads have done this maneuver so many times that all the good-paying jobs have been shipped overseas—and the CEOs and CFOs have been paid millions in congratulatory bonuses for their great and clever success at increasing profits by cutting costs—what jobs then are left in the USA to sustain American workers, or send their kids to college?

Well, we no longer make our own furniture, our own shoes, our own clothes or upholstery fabrics, our own electronics, hardly even any of our own steel much less our own cars or pots and pans made with steel. And so we have to import all these life necessities—plus half our food—from the foreign countries where they are now made, at great profit to gigantic corporations. Nobody truly wins but the corporations. True, there’s more variety on the shelves at the supermarket—but so what?—by any stretch, do you actually “need” all those brands of the same item?