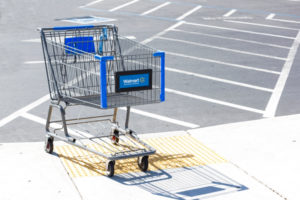 Degrading the U.S. economy at its foundation

America has “naturally transitioned” into a “service” economy, they will tell you, where more and more of the jobs consist of changing sheets in motels or bussing tables and serving food (courteously, obeisantly, or else you’re gone). In the service economy employees don’t earn much money for their labors—certainly far less than when American workers used to make things like real pots and pans. In the service economy a minimum wage is now the standard, and raises are low and slow in coming. Back when Americans made all the goods we Americans needed, and were paid good salaries with good raises and cost-of-living increases, those were the good old days—1946 to 1979.

Those days are dead and gone, they’ll tell you—because of our natural transition to a “service” economy. But on one key point they’re quite wrong:  the transition was by no means “natural.”

In this new service economy employees don’t “make things,” they “serve” other people, servant-like. You might get lucky in the new service economy—but the odds are you probably won’t, because there simply are no longer anywhere near as many good jobs as there used to be. And, unlike Franklin Roosevelt’s New Deal economy, this Milton Friedman service economy does not promise an improving future. No, for an increasing percentage of American workers it comes with no hope—ever—of rising above the bare subsistence level of personal income. It guarantees only, logically enough, high employee turnover—so forget the job security of the good old days.

You might do better if you can afford the cost and four years of time off to get a college degree—but then again you might not. Might always means might not. Many college graduates these days can’t find a job that pays a living wage, and are forced to settle for less, or much less, than promised by that old-fashioned American Dream.

Costs, as they say, have been cut—and American workers, at one time the most productive in the world, were the costs. But—Shazam! —corporate profits have been successfully increased. Hot damn, the market is up. So pay a million-dollar bonus to the smart-cookie corporate CEO who engineered the increase by shipping the jobs overseas and putting Americans out of work. Pay a fairly decent quarterly dividend to the stockholders so they won’t complain. But hold the line on wages and benefits paid to any remaining employees—tell them a pay cut may be necessary, that’ll keep’em subservient and grateful just to have a job at all.

Stop, think. At 327 million citizens and growing fast, the United States is the third largest national market in the world. We all—every last household of us—still need to buy the pots and pans and practical stuff—just like always, those needs don’t change. But instead of manufacturing it for ourselves here in the USA—as we used to before the corporations increased their profits—we permit the corporations to send our good jobs overseas, where foreign workers are paid a pittance to manufacture the stuff we still need, then the corporations ship the stuff back over to the USA, fully priced, and then we buy it.

Really? By most standards this would be called crazy. As likely as not we will buy the stuff at Walmart, inanely attesting thereby our acquiescence to the internationalized corporate-foreign-manufacture system that is steadily impoverishing us. We are letting our own impoverishment happen. We don’t have to, but that’s what we’re doing.

We still have to have the stuff, the practical needs of daily living, we still have to buy it—we just don’t make it for ourselves anymore. Or more precisely, our corporations don’t manufacture it here at home anymore. They found new ways to increase their profits by cutting costs. This new foreign-job arrangement is highly successful at increasing profits for the corporations at the center of the arrangement, pulling the strings, abolishing jobs, laying off the Americans who used to fill the good jobs and make all the stuff we need.

Capitalism is the system;  it is sustained by its delivery vehicles called corporations—the bigger the better, the harder to keep tabs on.

To increase profit, cutting costs has long been known easier than increasing sales. In fact, increasing sales was strictly secondary until the advent of mass advertising after the mid-twentieth century. Cost cutting has been predominant through American history.

Historically, the ultimate way to cut costs was to own slaves who need not be paid at all.

In particular:  Limiting the costs of employee labor was a primary device for maximizing profits through the colonial and national periods of the United States from about the year 1519 until the 1930s when the New Deal started requiring fair wages to be paid—for the first time. Many American producers, notably but not exclusively in the South, avoided labor costs altogether until the Civil War abolished their custom of free (unpaid) labor.

It really boosts profits if you can avoid paying out any wages and, instead, limit your labor costs to the minimal subsistence food, clothing and shelter sufficient to keep your slaves fit enough to work dawn to dusk. And you can always save a few more bucks by skimping on those. Here’s to Holy Profits, God On High. With enough of this kind of good luck, you too can afford an elegant domed mansion just like Monticello.

And so slavery was a godsend, you might say, for Americans really focused on achieving high profits. It worked even better than exchanging a $35-dollar an hour American job for a $2-an-hour job overseas. Slavery-based high profits built all those wondrous big white-columned plantation mansions, those elegant edifices which that damn yankee William Tecumpseh Sherman burned down in a fit of vengeful madness after the North won the Second American Revolution in 1865.

Sherman made a lasting point about uppity southern Americans who loved mimicking the haughty British aristocracy, but he failed to overturn the situation as concerns paying slave wages. As soon as the after-war settled down, share cropping quickly proved to be a good substitute. High profits and “low” wages had long been a necessity right down at the very core of the gracious and genteel Southern Way of Living, and so share cropping fit right in. It moreover expanded the labor market to encompass a lot of dirt-poor whites.

Maximizing profit was restored with a vengeance—yes, vengeance—within a decade after the Civil War, and so “the southern system” prevailed through the rest of the nineteenth century and far on up into the twentieth. It’s still there in places today. Sharecrop-wage arrangements in the South—and below-subsistence wages throughout the rest of Great America—also prevailed into the twentieth century, notwithstanding the rise of labor unions intent on forcing less unfair pay out of factory owners

These arrangements continued until the stock market crash of 1929—that is, until the Great Depression precipitated by the crash brought into existence a New Deal instead of a revolution, and the New Deal started replacing old outrages with new changes for the better—at least for northern factory workers, if not for southern share croppers.