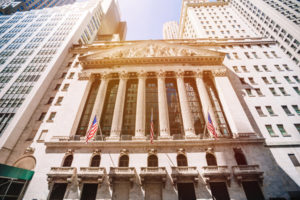 Chronically poor. Being “poor” means you don’t have enough money to buy those Economic Rights defined above—those economic basics that most certainly should be the birthright of every man, woman and child. At any given time in United States history, a disgracefully high percentage of our people were poor. It was really bad during the Great Depression (1929 to 1933) when 25 percent of our workforce were unemployed with no income coming in. But poor to abjectly-poor Americans have been around since the nation’s founding. In 2020 the official figure is 16 percent living in poverty, but that reflects a harebrained calculation method which grievously understates true poverty. In hard fact, about half of all U.S. citizens today are at risk of personal financial collapse if confronted with a single large unexpected expense. The corona virus pandemic has highlighted this obvious truism like nothing since the Great depression.

They’ve always been down there, struggling and suffering in their want. They’ve been there so long that we became inured to their endless poverty, and rationalized it with purple moans such as Jesus said the poor will always be with us. Actually it’s in the Old Testament too. Moses told the Israelites: “Give generously to [the brother in need] and do so without a grudging heart; then because of this the Lord your God will bless you in all your work and in everything you put your hands to. There will always be poor people in the land. Therefore I command you to be openhanded toward your brothers and toward the poor and needy in your land.” (Deuteronomy 15:10-11) (Emphasis added)

Notice how Moses commanded the people to be responsible to their poor and needy. In my opinion he attended to a serious matter that our Founding Fathers neglected. They were brilliant on politics but zilch on the other, economics, side of that coin. There really is no reason why the richest nation in the history of the world must have a permanent underclass of chronically poor people. I say Nuts to accepting poverty as inevitable. If ever there were people with the courage to confront modern poverty in the midst of modern plenty, Jesus and Moses certainly are candidates for the role. But it’s up to us to eliminate poverty in our own day. It’s really quite possible, you know, as I shall presently present in spades. There’s just this little problem of inaction by the majority—that’s us, Pogo—who could do it if we would. And then of course there’s those others who actively oppose fixing our desperately unfair economic system because it would come at the expense of some small fraction of their disproportionately huge profit margins.

Inequality. One hears the awful statistics so often that one becomes inured—as if they were semi-meaningless numbers recited daily like the Dow market averages;  who really likes that stuff but tycoons who live and breathe stock market like some bizarre sort of financial lover? But be quickly reminded anyway:

What really matters is that inequality keeps getting worse and the percentage of Americans who are definably poor keeps growing. In direct inverse correlation, the middle class keeps shrinking. This worsening has been getting worse since 1980, when Ronald Reagan brought his bleakly austere “free-trade” economic advisors into power. And in September 2019 the Census Bureau reported that, forty years after Reagan, income inequality in the United States had reached its worst level in fifty years. If we don’t stop these hogs they’re going to occupy the whole trough and crowd the rest of us out entirely. In stark reality, increasing poverty translates into homelessness, because of inability to afford shelter, along with the insidious slow starvation that comes through chronic malnutrition from inability to afford adequate nutritious food.

Too big to fail—or regulate. Capitalism is the system, the corporation is its vehicle. Foremost among nations, the United States not only tolerates mega-corporations grown too huge, we actually encourage and subsidize them. They grow so big, their sales and operations extending into so very many nations, that 1) they naturally become loyal to no nation, 2) they shift money around across international borders so deftly that they cannot be meaningfully controlled by any nation, and 3) everywhere they go they Cut Costs—which means the income of the poor workers employed by them. Within this very chapter I shall address straightforward ways to fix this immoral, unethical, self-serving problem.

Saying that the “United States” tolerates these wrongs simply means that we do nothing to fix them. We don’t elect enough politicians who would like to right these wrongs, and we do elect too many politicians who treasure these wrongs because their reelection campaigns are fabulously funded by those who are causing the problems. And those bought politicians push on hot-button issues—gun rights; abortion—to keep pulling in the votes of uninformed low-income voters who are the very ones most harmed by the corporations’ low wages, high prices and political deviousness. Meanwhile the liberals who foam in anguish over such wrongs can’t get their act together enough to sustain elective office and exercise governmental control like the classic FDR pulled off. Let’s look at some U.S. economic history and examine some alternatives—some third options.