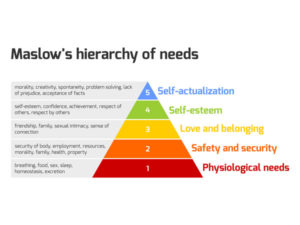 There is today a slowly growing recognition in the United States, which has long been blind to it, that economics and politics are two sides of the same coin. They are like Siamese twins, joined at the hip but not quite identical since their blemishes differ one from the other. But of blemishes they both have many. Growing even more slowly but at least growing some is general public recognition that each twin needs to be pursuing a new goal—new and different from the old goals they’ve been at for so long.

For economics that new goal is dignity. Ways of attaining economic dignity are discussed in this chapter, and in quite some detail in the CaFMaC Act which is summarized in this book’s Appendix. For politics the new goal is political maturity. The goal of attaining political maturity was discussed at some length in Chapter 10, and is again raised in educational contexts near the end of the Appendix. Though economics is this chapter’s topic, its political twin should be kept in mind at all times, because politics is so inseparably germane in any discussion of economics. Political maturity is the heart of what democracy should be, and without it economics always—always—goes astray.

Our carefully conceived and designed governance structure, a republic activated by democratic engagement, works only so long as we are committed to the concept of it and tend to maintaining it as carefully as it was conceived. The surest ways to bring down the USA are to ignore or violate the constitutional rules that are its political foundation, and to economically impoverish the voters who must activate it. Here are two prerequisites any society must have for attaining political maturity and keeping its democracy:

The parable of the poor peasant

A poor peasant struggles to carry a bundle of sticks the size of a Volkswagen up a long hill to use for firewood in his village. His body bowed forward under the huge bundle’s weight, his outstretched arms precariously balance the bulky load on his back as he exerts great effort with each careful step in his slow progress up the hill.

An economist trots alongside, circling and peering into the great bundle from various angles, intent on figuring out why the firewood can’t be delivered more efficiently, more profitably—faster—to the village. He frets about how the sticks might be re-bundled so they could be more quickly delivered. He calculates that the bundle might be improved by pulling out this stick from here and re-inserting it over there. He is a brilliant economist with advanced degrees in stick bundling from the Chicago School, and he’s won many awards—from his peers. He is quite certain he could make the bundle arrive quicker—and make himself look better in his inherited role of advising politicians on how and when to command quicker arrivals—if his complex pseudo-mathematical modeling could but identify a more optimum arrangement for bundling the sticks.

From our superior vantage point, we of course observe that the economist is triply blind—he fails to notice the living peasant struggling beneath his burden, or the peasant’s obvious deficiency of the economic basics every human needs, or that both conditions warrant his own empathy. Not to mention his deficiency of common sense. Neither human needs nor empathy—nor common sense—received much attention during the economist’s years of exposure to what passes for an education in economics. His training prepared him only for top-down attempts to control large complex economic systems, leaving him totally ignorant that peoples’ simple daily needs are always bottom-up.

Having long observed the wrongness of it, I wish to abolish the profession of economics. This pretender-to-be-a-discipline has well and demonstrably proved itself an abysmal, abject failure. It has failed not only by declining to promote a reasonable semblance of income adequacy among our people, but by instead praising its own priests who revel in preaching inequality and advocating austerity that impoverishes people and makes their lives hard—oh-so hard and unhappy. Economics must be replaced with something that is ethical. What shall its ethical replacement look like? What shall we name it? I suggest “Adequacy Science.”

As John Maynard Keynes wrote in the conclusion to his General Theory of Employment, Interest and Money, “The ideas of economists and political philosophers, both when they are right and when they are wrong, are more powerful than is commonly understood. Indeed, the world is ruled by little else.”  Throughout history, bad economic ideas have led to misery for millions, while good economic ideas have been fundamental to prosperity.

Eric Beinhocker, The Origin of Wealth

We in the USA have a big problem to fix, and a good start will be ridding ourselves of amoral, whispering economic “advisors”—those dunderheads lacking any ethical foundation of their own, generation after generation of them ever failing to notice either the poor peasant struggling beneath or the very prominent ethical content in Adam Smith’s Wealth of Nations. I am reliably informed that only 9.6352 percent of students majoring in economics survive their education with ethics intact, all others graduate with built-in permanent assumption that rational self serving is the human norm and endless growth is good. For a century now, since their profession “matured,” so to speak, that other ninety percent have been causing trouble where there was no trouble. Enough. May the mythical invisible hand point their way out the door, and good riddance forever amen.

The problem with traditional economics is that it has made things too simple and then compounded the error by treating the oversimplification as gospel. The bedrock assumption of traditional economic theory is that markets are perfectly efficient and therefore self-correcting. This “efficient market hypothesis” is hard to square with intuition and reality. And yet, like a dead hand on the wheel, the efficient market hypothesis still drives everything in economic policymaking.

Eric Liu and Nick Hanauer, The Gardens of Democracy

Evolution stays very busy, doing its quiet work as human culture unfolds, just like always. And by sheer unplanned chance, exactly the way evolution has always responded to The Godly Algorithm, the Labor-Landlord-Investor economic model happens to have dominated the 19th and 20th centuries. It didn’t have to happen that way, but it did, so here we are coping with the onset of the deadly serious consequences that model has bequeathed us. Their deadliness isn’t clear to all of us, yet—maybe less than half—but it will be, it will be. The tragedy is we wouldn’t have these dire consequences if we’d used some other model—and not just the socialist variety. We have wonderful third options we’ve barely opened the lid on.

On the matter of ethical economic rights

Clearly, The Godly Algorithm is central to any concerns about human behavior. How shall we regard its relevance for American free-market unregulated mega-capitalism and its perverted ways of commercial trading—that same important age-old idea of “trade” we encountered in Phase 3 “cultural evolution” two chapters back?

Projections from our best up-to-date science credibly indicate that our human civilization is not likely to survive on the depleted hot Earth one hundred years from today unless we very soon halt—and reverse—global warming…within mere years—decades are no longer available to us.

If these thoughts resonate with your values, your sense of what’s right, good and ethical, let’s talk about our present economic system—it’s called “global free-market capitalism.”

I may as well get right to it. We in the United States of America have an absolutely lousy system for enabling people to earn the basic things they need to have a decent life. I said decent, not filthy rich. I also said need, not want. Wants are indeterminate fuzzy things, seldom met in full, but you can get real specific on needs. You either have enough income to live a decent life or you don’t. If you don’t, the question becomes:  Are you merely disgruntled after being involuntarily pushed from the middle class down into the poor (“lower”) class, or are you trying to get by in such abject poverty that you’re in real danger of not attaining life’s fundamental economic basics? Either way, you’re entitled to feel disgruntled about our absolutely lousy economic system. Let’s do something about it.