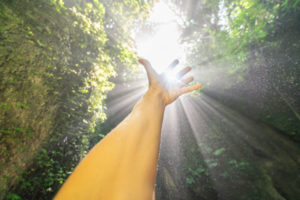 Listed above in this chapter are a dozen or so hypotheses and conclusions concerning the interface of science with spirit, most of them based on a combination of scientific and spiritual evidence. Among other things, these posited, for example:

In Chapter 4 are described the dozen or so stages that can happen during near-death experiences as well as those NDE-like spiritually transformative experiences when the experiencer is perfectly healthy and wide awake. I noted that a majority of NDE/STEs do not include the whole dozen—sometimes one simply goes out of body, soon returns, and that’s it. A majority of them include several features, such as out-of-body, going through a tunnel, meeting God or spirits, perhaps having a life review, then being sent back into the body. Occurrence of the whole dozen in any given occurrence is relatively rare. But full-blown experiences of the type I am about to introduce are quite rare.

By utter, serendipitous chance I did not happen to read the book Lessons From the light—published by psychologist Ken Ring, Ph.D., in 1989 and updated in 2006—until I had finished writing this book and was on my second editing pass. I found my eight-decade lifetime of wondering and yearning, including thirty years of intense reading-seeking, were confirmed, clarified and wrapped up in that one beautiful book, especially its fantastic last chapter. The book arises out of Ring’s own quest for knowledge and understanding through decades of research into near-death experiences, interviewing thousands of experiencers, and sharing his gleanings in scholarly papers and several excellent books.

I’m not sorry I didn’t read the book years ago. The confirmation I’ve sought would lack the significance it has for me if I hadn’t worked so long to attain it the hard way. And of course the book doesn’t cover all that other stuff contained in all those other books on my shelves dedicated to physics, cosmology, biology, economics and more. Without them as context, I might not have recognized such confirmation when I finally saw it. But it does affirm that little core, that centrality of science-spirit interface for which I’ve searched so very long, working it all out grain by grain. I must say how gratifying it was to read deep affirmations, one after another, of ideas I had worked out on my own, conclusions I had slowly reached—had replicated, if I may use that scientific word in this context—in the words of NDE/STE experiencers who have met and deeply communed with God.

For anyone with mind opened to receive it, the book absolutely confirms the unification of science and spirit—that everything is one thing. Ring is a good writer who holds the reader’s keen interest with his knack for putting word-thoughts together in very clear, communicative context. But its highlights are the quoted words of the people who had these extraordinary experiences. They not only experienced the full dozen NDE features, they went deeper than I have ever seen before. The things they reported are elevating to say the least, and I want to share a few of them here, happily aiding and abetting Ring’s stated motive for writing the book—i.e., to demonstrate that people can be as transformed as are NDE/STE experiencers by simply reading about their experiences. Of this, I am a living example. He wanted this understanding to reach as many people as possible, and, consummately, so do I. Perhaps one day human Understanding will reach a critical mass.

Though the following are among Ring’s most dramatic cases, even these convey only incompletely the experiencers’ colossal story as presented by Ring. I heartily recommend reading the book for yourself, for seldom will you find such depth and breadth on such an important subject—who we are and why we’re here. There probably are other sources as rich in depth and detail as the two cases that follow, but I haven’t yet encountered them.

“I then remember traveling a long distance upward toward the light. I believe that I was moving very fast, but this entire realm seemed to be out of time. Finally I reached my destination. … There, before me, was the living presence of the Light. Within it I sensed an all-pervading intelligence, wisdom, compassion, love and truth. There was neither form nor sex to this perfect being. It…contained everything, as white light contains all the colors of the rainbow when penetrating a prism. And deep within me came an instant and wondrous recognition: I, even I, was facing God.”

“I immediately lashed out at Him with all the questions I had ever wondered about;  all the injustices I had seen in the physical world. I don’t know if I did this deliberately, but I discovered God knows all your thoughts immediately and responds telepathically. My mind was naked;  in fact, I became pure mind. The ethereal body which I had traveled in through the tunnel seemed to be no more;  it was just my personal intelligence confronting the Universal Mind, which clothed itself in a glorious, living light that was more felt than seen, since no eye could absorb its splendor. I don’t recall the exact content of our discussion;  in the process of return, the insights that came so clearly and fully in Heaven were not brought back with me to Earth. I’m sure I asked the question that had been plaguing me since childhood about the sufferings of my [Jewish] people. I do remember this:  There was a reason for everything that happened, no matter how awful it appeared in the physical realm. And within myself, as I was given the answer, my own awakening mind now responded in the same manner:  ‘Of course,’ I would think, ‘I already knew that. How could I ever have forgotten!’ Indeed, it appears that all that happens is for a purpose, and that purpose is already known to our eternal self.”

All knowledge understood.  “In time the questions ceased, because I suddenly was filled with all the Being’s wisdom. I was given more than just the answers to my questions;  all knowledge unfolded to me, like the instant blossoming of an infinite number of flowers all at once. I was filled with God’s knowledge, and in that precious aspect of his Beingness, I was one with him. But my journey of discovery was just beginning. Now I was treated to an extraordinary voyage through the universe. Instantly we traveled to the center of stars being born, supernovas exploding, and many other glorious celestial events for which I have no name. The impression I have now of this trip is that it felt like the universe is all one grand object woven from the same fabric. Space and time are illusions that hold us to our plane; out there all is present simultaneously. I was a passenger on a Divine spaceship in which the Creator showed me the fullness and beauty of all of his Creation.”

“The last thing that I saw before all external vision ended was a glorious fire—the core and center of a marvelous star. Perhaps this was a symbol for the blessing that was now to come to me. Everything faded except for a richly full void in which That and I encompassed All that is. Here, I experienced, in ineffable magnificence, communion with the Light Being. Now I was filled with not just all knowledge, but also with all love. It was as if the Light were poured in and through me. I was God’s object of adoration;  and from His/our love I drew life and joy beyond imagining. My being was transformed;  my delusions, sins and guilt were forgiven and purged without asking;  and now I was love, primal Being, and bliss. And, in some sense, I remain there, for Eternity. Such a union cannot be broken. It always was, is and shall be.”

Return to body.          Suddenly, not knowing how or why, I returned to my broken body. But miraculously, I brought back the love and the joy. I was filled with an ecstasy beyond my wildest dreams. Here, in my body, the pain had all been removed. I was still enthralled by a boundless delight. For the next two months I remained in this state, oblivious to any pain… I felt now as if I had been made anew. I saw wondrous meanings everywhere;  everything was alive and full of energy and intelligence.

Lasting certainty.       Although it’s been twenty years since my heavenly voyage, I have never forgotten it. Nor have I, in the face of ridicule and disbelief, ever doubted its reality. Nothing that intense and life-changing could possibly have been a dream or hallucination. To the contrary, I consider the rest of my life to be a passing fantasy, a brief dream, that will end when I again awaken in the permanent presence of that giver of life and bliss. For those who grieve or fear, I assure you of this. There is no death, nor does love ever end. And remember also that we are aspects of the one perfect whole, and as such are part of God, and of each other. Someday you who are reading this and I will be together in light, love, and unending bliss. [Excerpt from Kenneth Ring: Lessons From the Light.]