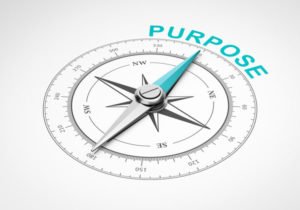 Logical Q & A:  Why might God wish to do such a thing as launch the big bang?…

…Given the hypothesized correlation of human mentation and feelings with a symbolic “image of God,” it is reasonable to hypothesize that God feels desires just as humans do—and, logically, that indeed God, from whence we spirits originate, is The Source from whence we inherited such traits. Then using the common scientific practice of imagining, assuming, inferring, reasoning and deducing, it may be reasonably hypothesized that God desired to be interested, to rise, to ­become more-than-is—in a word to grow—because we see this same desire everywhere reflected in humanity and may reasonably infer that our own desire to grow, too, reflects an image of God.

Evidence (Spiritual NDE/STE): A purposeful reason for the big bang’s occurrence can be hypothesized in context of non-material spiritual reality as evidenced by paranormal and supra-normal phenomena such as NDEs and STEs, psychic phenomena so well documented as to be undeniably real, and the works of the Institute of Noetic Sciences among others. The purpose of this universe’s existence—an undeniable effect for which God’s hypothesized desire was the perceived cause—can be seen as an experimental laboratory for achieving growth, rising, and becoming more. And such purposeful perception carries intuitive certitude deeply more sure and satisfying than any stock superficial scientific declaration that it all happened for no reason at all, it “just is.”

Evidence (Science): Discernable natural “laws,” such as the constants of nature, constitute parameters that naturally delimit and influence the spectrum of things energy can do in both the quantum micro-realm and the cosmic macro-realm. Evolution is the term used to describe all the actions endlessly occurring throughout the ever-unbalanced universe, and the constant change those actions cause as effects throughout the universe. Ceaseless evolution drives the sequential self organizing of increasingly complex cosmic structures, appearance and emergence of life forms, and cultural emergence among those life forms that achieve sufficiently advanced complexity. Such parameters are fully consistent with the concept of a purposeful Godly Algorithm as proposed in this writing.

Logical Conclusion/Hypothesis: Hypothesizing Godly desire to grow and become more-than-is presents a rational purpose for launching a big bang imbued with Godly Algorithm parameters, the purpose being to create a semi-separate universe in which growth might occur in infinite measure and incrementally accrue back to God.

Logical Conclusion: Treating the question of where the big bang’s energy came from as unanswerable, and why it happened as comparable unknowable mystery, are evasive positions deeply inconsistent with the universal human experience of cause and effect as well as the obvious human yearning to know and understand, to rise, to become more.

Evidence (Spiritual NDE/STE): The question God often asks of experiencers—“What have you brought me,” or “What have you done with your life” and equivalent interrogatories—constitutes a message evidencing that each mortal life has purpose, and God’s question indicates an expectation of individual effort to carry out that purpose.

Evidence (Spiritual NDE/STE): The life review, during which so many people experiencing NDE/STEs re-live their own feelings as well as the feelings of other people with whom they have interacted, reinforces the message that we have purpose to interact with others and—notwithstanding a choice to serve self or others—to be sensitive to the feelings of others and considerate of their concerns while raising ourselves spiritually.

Evidence (Spiritual NDE/STE): God’s completely non-judgmental response to people’s life reviews, accompanied by the fact that experiencers nevertheless feel judgmental about their own behavior as witnessed during these reviews, is dramatic further evidence of a sense of purpose intrinsic within human consciousness for, in the absence of such purpose, self judgments of right or wrong would have no meaning.

Evidence (Spiritual NDE/STE): In the after-effects of NDE/STEs, the fact that so many experiencers feel compelled to abandon old familiar lifestyles, and rededicate themselves on a new path of loving and helping others, strongly reinforces the other messages of purpose, unconditional love and service met in these dramatic experiences.

Logical Conclusion/Hypothesis: The human spirit, as a product of the purposeful separating from God evidenced as the big bang and the evolving-organizing-emerging that have followed it, has purpose derived from that larger purpose, and individual human purpose is expressed as deep drive to get up and do something—while simultaneously judging that something done against values that have been learned and adopted.

Evidence (Spiritual NDE/STE): The oft-reported “dividing line” so many NDErs encounter—where declining to cross the line means returning to complete one’s mortal life on Earth and crossing it closes that option—constitutes evidence that we as spirits have free will, and are expected to use it in choosing among options in the many scenarios that will arise through each lifetime. NDE/STE reports in aggregate leave no doubt at all that our daily choices, in pursuit of our purpose for being here to grow and rise, place free will as a vital necessity at the very center of our lives. Indeed, choosing is the whole point of our human-spiritual endeavor. We are free to choose right, or wrong.

Logical Conclusion: I find it ludicrous to imagine that any proof of free will is needed. And yet, in some of the most learned corridors of our educated elite, it is, for they deny it.

From birth, our constant choosing of what to do next, whether to do this or that, choosing how to respond in the endless situations encountered through a human lifetime—all these are self evident to any normal, rational mind. Denial of the truth of it is not rational. Even the “automatic knowledge” that instinct confers on all species (and even today slightly on our most-emerged selves) still involves many choices—witness the cat playing with a terrorized bird or wounded mouse;  witness a giraffe choosing these treetop leaves over those less tasty leaves;  witness my little dog circling a bush four times in quest of the perfect spot on which to hike and pee. If you have never read the contortions of logic and unreason the ultra-materialists can build up in their bizarre “proofs” that free will does not exist, you should take the time to do so. It is truly hard to believe that well educated people, fully able to think, can think themselves into such a ridiculous belief. In my readings of them, the ridiculous belief seems always to inextricably manifest great ego.

Evidence (Science): As science has long understood, energy can neither be created nor destroyed, it can only change forms to appear as—for example—quarks, protons, atoms, molecules, gaseous nebulae, stars, planets, and everything on those planets. Everything there is is energy.

Evidence (Science): In both quantum and cosmic realms, discernable realities in our universe and on our Earth-world include numerous apparently non-material phenomena such as:  quarks, dark matter and dark energy;  many kinds of particles and waves;  a variety of attractive and repulsive “forces;”  and fundamentally non-material vibration-related features such as “frequency,” “amplitude,” “spin” and “chirality.”

Evidence (Spiritual NDE/STE):  Many of the people who experience an NDE/STE encounter with God in a spiritual realm commonly report three characteristics:  1) a sensing that incomprehensibly vast and powerful energy is associated with God—is God, God is Energy, 2) that everything in that spirit realm—flowers, streams, the very air—vibrates in most noticeable and pleasing ways, and 3) that God’s communications with them include characteristics of normal human communications with which they are familiar, such as compassion, caring, interest and even a sense of humor.

Logical Conclusion/Hypotheses:  Given the panentheistic hypothesis that everything is God-Energy and God-Energy is everything, it is logical to further hypothesize that traits of God-Energy “came through” as intrinsic within the separated energy that was the big bang, that those traits become more pronounced as species emerge to higher levels of consciousness, and that some of the array of mental feelings evidenced in humans may rightly be perceived as—borrowing a phrase from the Old Testament—“images of God.”