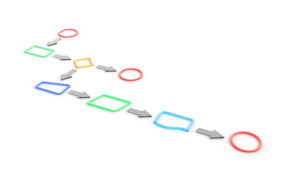 Apparent separation from a non-material realm

Evidence (Science): Light, the photons of which constantly convey energy among fundamental particles, is an integral aspect of virtually every action occurring in our universe’s quantum realm. Light also is said to pose a boundary as the ultimate speed (186,0000 miles per second) at which anything can move in this universe. However, the fundamental nature of light, its photons and speed are not well understood by anyone, a point emphasized by Einstein beginning with himself. Leading scientists recurringly question this “limit” as assumption rather than fact, and speculate about aspects of reality that may remain concealed because light speed as boundary is so rarely even questioned.

Evidence (Science): The physicist Dewey Larson (1898-1990) described a “reciprocal system” of physics that stood the accepted Standard Model on its head. He displaced spacetime—since neither space nor time can exist independently—with “scalar speed” of motion as the basic constituent of the physical universe. This radical shift in perspective had been previously advocated by other thinkers clear back to Descartes, but Larson took the time to work out the detailed mathematics for two opposing scalar motions—both being the same as the speed of light but in opposite senses, with one going outwards, the other inwards—with obvious implication for two sides of light speed as a boundary.

One consequence was his mathematical demonstration that subatomic particles, as conceived in modern physics, don’t really exist—what physicists call “particles” are actually transitory packets of motion.  Never mind science’s ready recognition that all “particles” are also “waves”—both things at once, a curiosity understood by absolutely no one alive—Larson took the whole matter to a higher court. He held that the physical universe was actually composed of the one component—motion—which existed in three dimensions, in discrete units, with space and time being its two reciprocal aspects. Also, he pointed out, just as space has three dimensions, so does time—and treating time as three-dimensional seems to make the mathematics of relativity work out a lot better than other approaches to an elusive unified field theory. I imagine Neils Bohr, the father of quantum physics, would find Larson’s ideas deeply engaging, given that he and Einstein never achieved common views on relativity at the quantum level. Larson’s concepts are a true third option that directly and credibly challenges the relativity-based models so roundly embraced throughout the science community since 1915.

Anyone who has ever played with a gyroscope, that spinning, humming, vibratory little in-motion dynamo that seems to have a mind of its own—or has ever truly listened to the vibratory continuum from huge growling motors to the pleasing hum produced as a fiddle bow swings smoothly from G to E string to the faint whine of mosquito wings—can at least entertain the prospect that Larson was onto something. Vibrations have great meaning, if we but pay attention and seek the understanding that resides in them.

Of special interest here, the radically original view of fundamental physics introduced by Larson is remarkably consistent with mysterious energetic phenomena that decline to go away. The “transitory packets of motion” to which he alluded, for example, are precisely analogous to zero-point energy. Throughout the universe, these mysterious ZPE sparklets in their indescribable infinitude—far below the size of an atom—constantly pop into existence from nowhere discernable, tarry a fleeting micro-fraction of a second, and *blink* are gone again, just that quickly, to some otherwhere unknown…to be followed without pause by others, constantly, in every cubic inch of the entire universe, forever. This is going on right now directly in front of your eyes and mine, it’s just too small for us to see. What are they? And where is that Otherwhere they come from and return to?

Knowing these things exist gives one the feeling that all reality is indeed just one vast complex of good vibrations. Where indeed do these sparklets come from and so instantaneously go back to? Identical questions apply when physicists speak, as they so often do, of particles-that-are-also-waves, and which inexplicably “tunnel” out of existence and instantaneously re-emerge at some point which may be light years away, at the far end of said tunnel. For those unfamiliar with such talk, I’m not kidding—many are the distinguished scientists who speak of these things and with a straight face too.

These super-strange and quite unexplained real phenomena are constantly happening in infinite abundance everywhere—throughout the intergalactic vacuum, on Broadway, inside you and me. Science acknowledges its reality but downplays researching it, and generously treats as a bit odd the few intrepid scientists who dare pursue this oddly ubiquitous mystery of the true reality we all live in. Larson was resoundingly ignored by the physics community then and now, as are present-day scientists who follow the highest scientific standards in researching the common occurrences known as NDEs and STEs.

Evidence (Science): Another common phenomenon not treated as the mystery it truly is consists of the omnipresent vibrating of absolutely everything in the quantum realm. Few people outside the scientific establishment are familiar with the science of vibrations—at least in the way they occur in nature as described by physics. Everything in the whole universe vibrates, and has been doing so since the big bang. The smallest known things in all Creation—quarks, those minute squiggles of energy that make up the protons and neutrons in the nucleus of every atom—are known to vibrate in interesting ways that distinguish several types of them. The largest thing in all creation—the universe itself—also vibrates. Did you know, the universe vibrates at a frequency of 432 Hertz? Not altogether unlike the largest and tiniest pipes of a great organ filling a grand cathedral with sound, these opposite extremes vibrate on a continuum from low and thunderous (the universe: ba-r-o-o-o-o-m-m) to extremely high and fine (quarks: sz-z-i-i-i-n-n-g-g).

From low to high, these gradations are called frequencies and can be seen on any oscilloscope as waveforms ranging from high peaks and wide valleys (ba-r-o-o-o-m-m) to a nearly-straight line with zillions of minute, humming sawteeth (sz-z-i-i-i-n-n-g-g). Vibrations are a fundamental element of reality—which recalls an earlier observation that everything in our universe is nothing other than different forms of energy, and all energy vibrates. How fast or slow it vibrates depends on which form it happens to take.

Even objects that appear stationary (the chair you’re sitting in; your teeth) are in vibratory motion because, as noted now quite redundantly, all apparent matter is actually energy in its various guises. Ultimately, what we call “matter” consists of nothing more than the various vibrational motions of the underlying forms of energy. At every scale in nature, everything vibrates—an unquestioned fact which happens to be consistent with Dewey Larson’s finding that motion, not spacetime, is the true fundamental in our universe.

NDE and STE reports often mention the “vibrations” that by chance were noticed during the experience, accompanied by observation that everything in the heavenly God-realm vibrates at frequencies far higher than the frequencies found here in this material universe. Such observations are invariably buried within the gee-whiz fascination of the overall experience, so nobody much keeps track of them alas.

Evidence (Spiritual NDE/STE): The fact that some people temporarily experience God-like “total knowledge of the physics of the universe” during an NDE/STE, often including “total understanding of the true interconnecting unity of the physical and spiritual realms,” reinforces the evidence of a veil-like “boundary” that is perceived to separate this material realm from the spiritual realm. That all such experiencers are told they “will not remember” this knowledge after returning to the body—and in fact none is ever remembered although most do remember temporarily possessing such awesome knowledge—further reinforces the evidence of a veil of separation.

Evidence (Spiritual NDE/STE): The passage through some sort of tunnel at an accelerating pace often described as unbelievably fast, independently reported by so many out-of-body experiencers, suggests reinforcing evidence that a non-material realm is adjacent and somehow interwoven with our universe, though it is reported to “feel” separate on those occasions when human perception crosses from one to the other.

Evidence (Spiritual NDE/STE): Comparably, virtually all experiencers who encounter the symbolic boundary between near-death and permanent-death (which typically is encountered only in NDEs that proceed to advanced stages) and who choose to return to mortal life, consistently report that their return occurs “instantaneously.” It typically is described as feeling “slammed” back inside their now-reviving body, usually accompanied by pain and an uncomfortable feeling of being “squeezed or compressed” into the body. The rapidity of this experience is further evidence of adjacent interwoven realms for which the feeling of separation is a perceptual faux barrier, it is not real.

Logical Conclusion/Hypothesis: The material universe we all experience, and the non-material realm experienced by only some mortals, are in fact a single realm. The material portion we live in, perceived as a standalone universe “separate” from any non-material or spiritual realm by a majority of people (including most religious believers), is a natural default perception for people who have never experienced crossing the veil of illusion.

Logical Conclusion/Hypothesis: Whatever it may be, that veil is equivalent to a one-way mirror that mortals perceive rarely and then only as exceptions, but it is transparent to all in the spiritual realm looking our way. Thus logically, no action, deed or thought by any mortal experiencing life on earth goes unobserved in the spiritual realm—our lives are open books to the other side, as is amply demonstrated during NDE life reviews.

Logical Conclusion/Hypothesis:  The poorly understood speed of light, an allegedly absolute speed limit of 186,000 miles per second, and the energetic vibrations so fundamental in the quantum realm, are the apparent candidates for serving as a veil between the two realms. If so, the separator(s) successfully hides in plain sight.

Evidence (Science): Science presents substantive and convincing evidence that a big bang exploded energetically out of an infinitely small dot called a singularity. Though this colossal event lacks any apparent reason, cause, or evident meaning in materialistic scientific terms, the very existence of belief in the truth of it cries out for explanation satisfactory to human curiosity and universal human experience of cause and effect.

Evidence (Science): The total energy introduced by the big bang organized itself into this total universe, including everything that ever did, does now or will yet exist within the entire universe. This is consistent with science’s long established “law” that energy can neither be created nor destroyed, but can only change the forms in which it manifests.

Evidence (Science): Non-material realities cannot be directly sensed, but their reality can be imagined, assumed, inferred, reasoned and deduced in the same manner as the deduced and accepted reality of observationally inaccessible dark energy and quarks, as well as the temporally inaccessible big bang and other non-materialities science has concluded, and believes to be “real,” on faith bolstered by observations and reasoning

Logical Conclusion/Hypothesis: Given the science-based understandings above, and further based on the large NDE database of reported evidentiary experiences, it may be reasonably hypothesized that the big bang was an act of God. Given the almost universal human conception of God as All-That-Is, it may reasonably be further hypothesized that the vast energy introduced via the big bang, sufficient to become this entire universe, was of the essence and substance of God. In theological-philosophical terms, this perception is “panentheism,” meaning that God is everything, and God is in everything, and everything is a manifestation of—but less than the totality of—God.