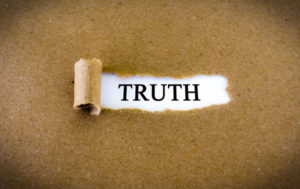 Our evolved place in spacetime, in perspective

This shift is the cause;  the effects on individuals is growth that results in:

(Earth)  Ability to adapt and sustain life out of differing earth environments;

(Self)  Ability to adapt one’s personal behavior and habits advantageously to differing and changing environments;

(Free will)  Conscious perception of purpose and freely made choice to pursue it;

(Ethics)  Choice for cooperative common purpose over competition in behavior toward others…in preparedness for spiritual evolution.

Reality of a non-material realm

Evidence (Spiritual NDE/STE): Many thousands of people who have had NDE/STE experiences tell of suddenly finding their “self” outside their bodies, while they remain fully consciousness and soon realize they are now in a non-material state of being. They report feeling fully alert, even more dynamically conscious than usual in a state often described as “more alive than alive.” Though each report is told in the experiencer’s own choice of words and communicative style, almost all contents are fully consistent with thousands of other such reports. The extraordinary consistency of all the categories of phenomena reported in these non-material experiences, and the sheer quantity of them independently and consistently reported by tens of thousands of people in all walks of life around the globe, cannot reasonably be written off as coincidence. The straightforward interpretation, that a non-material reality—beyond the non-material phenomena that science accepts—is real and reports of it are true, is too compelling to treat as not true.

Evidence (Spiritual NDE/STE): Experiencers commonly report recognizing their own body lying prone as if dead, often being subjected to resuscitative efforts by frantic doctors and nurses, and often remembering specific actions by specific people that are later verified as true (veridical; representing reality).  They tell of being able to “look around and see” from multiple views, sometimes with 360-degree spherical perspective.

They also report discovering they are able to see through and “pass through” walls, ceilings and even nearby people—discovering, for example, that in trying to get attention by grasping a doctor’s arm, their “hands” pass through the arm as if neither hands nor arm had any substance. Many tell of being able to fully see and hear activities elsewhere in [a hospital] building as well as outside and beyond it, sometimes to great distances. Some discover they are able to move to any desired location, near or far, by simply willing it mentally, and transit time to that location is typically very fast or instantaneous. These remembered events are found with great consistency in thousands of reports, all saying the same thing in individuals’ personal ways of speaking.

Evidence (Science & NDE/STE): Atoms are mostly empty space, the distance between nucleus and electron being as a basketball and a pea at opposite ends of a football field. The fundamental electromagnetic force that binds the two together constitutes a “field” that may interfere with, or at least influence, any other atom that tries to “pass through” that space between a nucleus and its distant electron. But then neither nucleus or electron are themselves “real,” both actually being invisible manifestations of immaterial energy. On “this” side one’s hand cannot pass through the solid oak table; but on “the other” side one’s hand readily passes right through the material doctor’s arm.

Logical conclusion:  Science needs to seriously consider exceptions to its strict rule that only those observations and experiments replicable by third persons are acceptable as evidence, because these first-person experiences, consummately non-replicable, merit serious examination in scientific context beyond the present few dedicated researchers. The quantitative weight and consistency of this body of evidence logically has a priori credibility at least equal to that of non-material phenomena “discovered” by being imagined, assumed, inferred, reasoned and deduced—such as dark energy and big bang.

Logical conclusion:  Reports by people who have spiritually transformative experiences (STE) while perfectly healthy and wide awake have many features identical to reports of NDE experiences.  Thus as the broader category, STEs not only encompass NDEs but their reality strongly suggests the odds-on reality of other types of reported paranormal and supra-normal experiences. The great variety of these include, for example, deathbed experiences shared by a dying person and a healthy relative, and clairvoyance and mediumship skills newly perceived after experiencing an NDE/STE.

Hypothesis:  Reports by near-death and spiritually transformative experiencers are true, thus their great volume and consistency of meaning amply qualify them as evidence of non-material reality.

Hypothesis:  Humanity’s vast heritage of religious/spiritual beliefs may have originated, at least in part, in comparable ancient NDE/STE experiences and therefore may also be at least partly true after being handed down orally over hundreds or thousands of years.

Hypothesis: Given the reality of a non-material realm, some concepts associated with that reality, such as the existence of God, have equal probability of being real and true.

Logical Q & A:  If a non-material reality thus reported is in fact real, doesn’t that imply that all the New Age and religious baggage built up around non-material concepts such as “Heaven, Hell, angels, original sin and souls in need of saving” must also be real?…

…No, assuredly it does not. But neither does it rule out these or similar ideas that could apply in a non-material (synonym: “spiritual”) realm. The manner of telling matters greatly. Profound truths can be told in words that make them sound ridiculous, and a simpleton’s notions can be dressed up to sound like philosophy. Semantics also matter, for what is “Heaven” but “a non-material spiritual realm?” In any quest to discern reality, the assumptions implicit in such questions as this reveal mindset judgmentally biased in terms of the obsolete antipathy between science and religion, Christianity in particular.

Evidence (Spiritual NDE/STE):  Many people who have experienced passing through a tunnel consistently report being greeted as they emerge beyond the tunnel by, variously, deceased relatives, by other spirits (“guides” et cetera) who are of the non-material realm, and/or by a Creator-God. (Some others report comparable greetings even without experiencing a tunnel.) Whereas they sometimes perceive God as appearing in forms resembling a human body, God is most commonly experienced as a nebulous and  inconceivably bright light which is “automatically understood” as intelligent beyond measure and emanating infinite unconditional love. Experiencers consistently describe feeling loved far beyond anything they have ever conceived, an experience most call ineffable—impossible to express in words because all mere words are inadequate.

Evidence (Spiritual NDE/STE): The infinitely bright light so often perceived as God is commonly described as evidencing recognizably human characteristics, such as empathy, gentleness, insightfulness, even a sense of humor.

Logical conclusion/hypothesis:  These many independent NDE/STEreports in their great consistency are logical evidentiary extensions of the initial out-of-body experiences previously described. The sheer volume of them—thousands of unconnected instances independently and consistently reported in very similar terms—constitute compelling evidence not only that a supreme deity—God—is real, but also consistently indicate  that God expresses great personal interest in each and every human spirit.

Logical conclusion/hypothesis:  Many of the positive mental-emotional traits so commonly expressed by people everywhere, and thought of as “human nature,” reflect the unconditional all-loving nature of God from whom all things originated via the big bang. Comparably positive traits observed in humanity may reasonably be regarded as reflecting “image(s) of God” become manifest in God’s evolved creation. Negative traits such as anger, jealousy and envy are utterly absent from experiences of God described in NDE and STE reports, hence their prominence in the Old Testament and in Judeo-Christian-Islamic teachings over three thousand years suggests their invention by sectarian leaders for the purpose of psychological control over sectarian followers. As human failure to love unreservedly, they do not apply as comparable God-human traits.