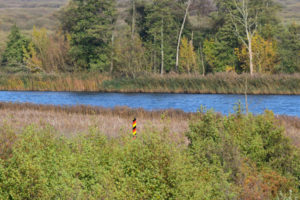 7. Experiencing the spirit realm. This portion of the NDE experience, if it occurs at all, may precede or follow a life review—or it may be the only thing that happens before returning to the body without any life review at all. It may happen as a solo wandering or as a guided tour—and if a tour, the tour may be guided by spirit relatives, spirit guides, or the compellingly powerful entity most experiencers identify simply as God. This unique and extraordinary experience is variously reported in all of these contexts.

The most common content of reports that happen to include this feature are what I would describe as “interesting tidbits” about the spiritual realm, that “place” many people call “Heaven,” or “Paradise,” maybe even “Nirvana.” All of the following, for example, are to be found in numerous reports by numerous experiencers.

Music is often heard—and consistently described as the most indescribably beautiful music the experiencer has ever heard. Colors are frequently described as vivid and lovely beyond belief, far more brilliant that any colors on earth and in a great many more shades than are experienced, or even possible, on earth. Exceptional aliveness is often perceived in plants, especially grass and flowers—an extraordinary intensity of “being alive” that experiencers report as virtually able to think and communicate. Sometimes the very air itself is mentioned as, variously, “sparkling,” “alive,” or “tinkling like tiny bells.”

Ability to propel oneself by thought alone, as is so often reported after the Self first leaves the body, applies also in the Spirit realm at large. The spiritual realm is often described as B-I-G, sometimes by specific comparison to our universe which is “not nearly so big” as the spirit realm. A relative few experiencers report taking themselves on a mentally self-propelled tour of this vast spirit realm—much as OBE experiencers report exploring our physical universe. The inconceivable immensity of the spiritual realm—far bigger than this universe—is frequently mentioned in these reports.

I personally am much intrigued by what seems to me the most unique aspect that ever occurs—somewhat rarely—during NDE experiences, namely an opening of one’s mind to Total Understanding. This experience, which I have encountered in perhaps a dozen or more NDE reports, can be paraphrased thus:  Then [the Spirit/God] opened my mind to complete and total understanding of Everything. It all made sense, the whole of creation made sense, like an aha moment. I understood Everything, including many things I wouldn’t normally even think about in my ordinary life—things like quantum physics, and why energy in all its forms does what it does, why the stars and planets form, what atoms and galaxies are for, and all the mysteries of the universe…it was all crystal clear to me. It was like I was God, and I totally understood Everything there is to understand.

Some experiencers report that they loved this unique experience and think of it as the high point of their lives. Others report feeling distressed by it, as:  it was more than I could bear, I couldn’t stand such vast total knowledge. Every person reporting this fairly rare experience, without exception, states that the total understanding was brief, and no memory of it existed afterward other than remembering that it did in fact happen. The manner in which these unique experiences are related, with such obvious difficulty in selecting words adequate to convey what the respective tellers are so struggling to convey, leave me in no doubt that they are genuine, bona fide, true, real. They happened.

8. The boundary and the choice. In marked contrast to those many NDE experiencers who find themselves drawn suddenly, inexplicably, back into their bodies at any point during an NDE, many others report encountering a well defined “boundary.” In all such cases the experiencer clearly understands that this boundary is a symbolic “line of choice” about which there is no doubt—it is the ultimate delimiter of the NDE experience: If you cross that line you must stay here; you can return to your body and your earthly life only if you freely choose to not cross the line. This instruction is often explicitly conveyed—in words or telepathically—by accompanying spirits, but the understanding of ultimate separation is prominent in the experiencer’s mind with or without being told. This point of choice is one of the more invariant NDE features.

The boundary itself takes many forms. Across hundreds of NDE reports I have seen it described variously as, for example:  a discoloration across the grass, lighter on one side and darker on the other;  a wavy shimmering in the air;  a small flowing brook;  a line of flowers where the lawn stopped and a field began;  a sandy strip with me on one side and my beloved deceased grandmother on the other…and so on. The separator clearly is symbolic, but the great many different forms in which it appears are all unmistakably understood to the NDE experiencer as the boundary between becoming permanently dead or returning to the body in order to continue living the in-progress mortal life.

Sometimes the experiencer has no choice about the boundary—it cannot be crossed, even if the experiencer would prefer to stay in this wonderful heavenly place. Upon noticing that the wavy shimmering in the air is also impenetrable, the experiencer may be told, for example: You cannot stay, you must return to your earthly life because you have things to do that remain uncompleted. I must add that a great many experiencers report that they wanted to stay, and would have done so if it were not denied.

But in a great many cases the presentation of choice is clear:  You may stay or you may return, it is your choice to make. This often is not an easy choice. Among the many examples I’ve encountered the experiencer:  would have to return to a body that was sickly or seriously damaged and in great pain; was suffering in an abusive relationship;  was living with serious trouble and grief that seemed impossible to resolve; and so on. One notices a high proportion of reports where the choice to return was made because the experiencer felt a responsibility toward children yet to be raised;  or wanted to experience a grandchild soon to be born;  or felt a need to resolve a negative situation with some other person. There are many reasons why people choose to return to life.

It is by no means clear why some experiencers are given a choice and others are required to return. One might speculate that choice is offered when the experiencer has already achieved the purpose(s) for which its mortal life was being lived, whereas the others must return because they have purpose yet to fulfill. But that would just be speculating…

9. Return to the body. Whether a return to the body is commanded or freely chosen, the subsequent return is usually immediate. I cannot recall seeing an NDE report where the Self dallied in spirit land after the choice was made or the return commanded. This is true even for those experiencers who fervently want to stay but are denied. In the celebrated case of musician Pam Reynolds, whose NDE is probably the most widely studied ever to occur, she very much wanted to stay. But she was emphatically instructed by her beloved uncle that she had no choice, she must go back. When she still mentally resisted, she felt her uncle give her a little push from behind and…presto, she instantly felt compressed back into her body with great suddenness and discomfort.

To this point I have discussed phenomena that happen during a near-death experience, while the Self is in the undeniably out-of-body portion of the NDE. However the story is by no means complete without considering things that happen in the immediate aftermath of an NDE—and the life effects that so commonly follow over ensuing years.

10. Reception by others. A disheartening but all too common situation many people encounter after experiencing an NDE is not being believed that it actually happened. Since recovery so often happens in a hospital, nurses and doctors are often the first persons the NDE patient has opportunity to tell about the extraordinary things just experienced, followed by family members, friends and ministers.

Not every experiencer wants to immediately tell anybody. Some simply fear being thought loony. Others prefer to ponder and try to sort out the meaning and implications of what has just been, by any definition, the most unusual, extraordinary experience of their lifetime. This is notably true for experiencers who have long considered themselves atheists and, despite having long regarded the entire spectrum of spiritual-religious beliefs as superstitious nonsense, now find themselves confronted by what seems to be the strongest possible repudiation of their well-reasoned mindset. But to all experiencers alike, the NDE is dramatic and emotional in a most extremely personal way—many return to life and consciousness feeling immediate need to talk to someone about it.

Responses received by those who do talk are decidedly mixed. Some nurses are prepared to listen with openness to the possibility of NDE stories’ reality, especially after they’ve heard them repeatedly over years from multiple patients and are thus able to respond in an empathetic, supportive manner. Many others, presumably a majority, lack relevant experience and breadth of outlook to provide the needed ear and support.

Physicians’ scientific training and materialistic cultural environs predispose most of them to disbelieve anything of an immaterial-spiritual or religious nature. Some of the worst psychological letdown in the aftermath of a dramatic NDE is felt by patients whose doctors ridicule or offhandedly dismiss their stories as hallucinations, drug reactions and worse. Friends and relatives are an equally mixed bag. Their capacity to believe or disbelieve NDE reportings tends to parallel their religious views, however open or closed those may happen to be. Some of the worst reported emotional damage has been wrought by closed-minded ministers who labeled NDE experiences as “the Devil’s work.”

NDE reports and literature overflow with experiencers’ distressed reactions to being labeled “crazy,’ mentally deluded and worse. Most persons who have experienced an NDE that encompassed even a mere two or three of the features described above emphasize how vitally alive they felt during the experience. Many independently describe the entire NDE as “more real than real”—a widely recurring phrase in NDE reports.

Thus they feel deeply offended and distressed when the most dramatic experience of their lifetime is callously dismissed by people whose opinions simply don’t allow room for the possibility that a non-material experience could be real. Some experiencers report feeling despair. More positive outcomes follow for experiencers who become familiar with the large and growing body of NDE literature and reports, especially through dedicated organizations such as IANDS (International Association for Near-Death Studies), NDERF (Near-Death Experience Research Foundation), and their websites.