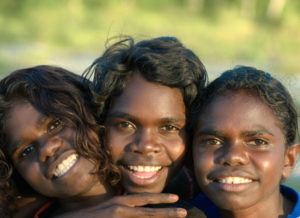 No recitation of indigenous peoples’ spiritual beliefs can comprehensively speak for them all, for these original tribal peoples are scattered all over the inhabitable earth and constitute thousands of differing spiritual traditions. I will here draw upon a few well stated beliefs of Australia’s aboriginal native peoples as largely representative of the many. It is axiomatic that no summary can adequately represent all tribal beliefs;  these are as nearly comprehensive as I have found for roughly representing what I understand to be the spiritual beliefs of a majority of the world’s many indigenous peoples. Pay attention, for some of them will turn up again later in surprisingly different contexts.

The land is primal.  Many native spiritualities are deeply linked to the ground they live on. They feel that the land “owns” them, and it is a deep innermost feeling of belonging, of oneness with the land. It is living ground wherein all earthly objects are alive and share the same soul or spirit the people share. The people are fundamentally bound to look after the land, to tend and care for it, an obligation that has been passed down as law for thousands of years. In the words of a native speaker: “We don’t own the land, the land owns us. The land is my mother, the starting point where it all began. It’s like picking up a piece of dirt and saying this is where I started and this is where I’ll go. The land is our food, our culture, our spirit and identity.”

With this understanding in mind, we see clearly why the Cherokee, Iroquois and other native Americans were so put off by invading Europeans who took for granted their “right” to assert ownership of every square foot of the ground. Virtually all native Americans fundamentally assumed that the ground beneath their feet, like the air and the waters, belonged to everybody. Air, land and water were common gifts from the earth—not something one could claim and privately “own.” How bizarre.

Everything is life. This viewpoint, common to many indigenous philosophies, sees “aliveness” in all elements of the natural world. Every rock, every mountain, every river, plant and animal—all are alive, conscious and sentient in varying degrees. Native peoples’ spiritual beliefs tend to be earth centered more than god centered. Many view the living earth from which they arose as impregnated with the power of the ancestor spirits, and they draw upon this ancestral power through closeness with the earth. Their perceptions of deep personal and community connection with the living earth—with indeed the entirety of living nature—has little in common with the earth-controlling materialistic attitudes of moderns philosophically descended from ancient Greece through imperial Rome to become known, eventually, as European or “Western” civilization.

Indigenous connection to the land, to the entirety of nature associated with it, is basically an alien idea to Europeans and their descendants. But exceptions do occur. Readers who follow the long term unfolding of scientific knowledge will recognize growing scientific support for these concepts, notably as regards a “continuum of consciousness” in both animals and plants. I recall a lazy Sunday evening many decades ago when as a young man I lay belly down on the grass adjacent my fertile garden, idling the while away. My attention fell on a single blade of grass growing amongst the hundreds of blades there before me—and in that moment I experienced an epiphany that has lasted a lifetime.

That blade of grass, I understood with conscious astonishment, is as fully alive as I am. The only difference between us is our respective stations in life. I’m “up here” and it’s “down there,” but we share in common our absolute aliveness, that blade of grass and I. We are brothers in our aliveness. In the realm of life I am totally, unreservedly part of that blade of grass, and it is a part of me. For the first time in my life I consciously felt my oneness, my unity, with the whole of which I am a part. Thankfully, it would not be the last time.

All things are related to each other. The people, the plants, the animals, the land forms and celestial bodies—all the elements of the world we live in—are interconnected. A tribal elder explains: “We do not separate the material world of objects we see around us with our ordinary eyes [from] the sacred world of creative energy that we see with our inner eye. We work through feeling, what white people call intuitive awareness. White people separate things out, even the relationship between their minds and their bodies, but especially between themselves and other people and nature…[and] spirit.”

It is of considerable interest here that this integrative view is the polar opposite of a fundamental tenet of modern scientific method. “Reductionism,” as it’s called, assumes the way to understand complex things is to “reduce” them—take them apart until one isolates the most fundamental components of which they are made. This view holds that understanding lies in disassembling things to their simplest components, then studying those parts, and their interactions.

This couldn’t be farther from the view that all things are related to each other, and that understanding comes from studying the whole as a whole. This reductionism-versus-holism controversy raises questions about the nature of “explanation” itself. Can it be true that one best understands the nature of the sun by considering only the interacting atoms of which the sun is made? Or staring at the hundred-odd parts in a bicycle’s rear axle? A complex oak tree—or a human being? Conflict between reductionist mindsets, mostly found in what is called hard-core science, and the dualist-pluralist-metaphysical-holistic ways of seeking knowledge have loomed large in the history of philosophy, theology, science, and humankind’s ever-emerging attempts to understand reality. I personally find reductionism absurd.

Everybody is responsible for each other. From infancy most native peoples learn this underpinning principle of connectedness to tribal life—to look to the community, rather than oneself alone which is but a single piece of the plural community. All members of the community learned to favor “ours-ness” and restrict “mine-ness.” This is not hive-like slavishness to the good of the swarm, it is a respectful concern for what is best for the community as a whole, a judicious commitment of self to the good of all. It contrasts starkly with the acquisitive values of capitalist economies and those who love them.

Indigenous collective knowledge and wisdom are expressed in sacred stories. For example, Australian aborigines speak of “dreaming stories” or songlines, and their oral literature speaks of the Dreamtime—the ancestral period when life was created. Attributing their existence to the spirit ancestors of the Dreamtime, spiritual beliefs and practice are the main integrating force of Aboriginal culture and are considered necessary for both physical and spiritual survival. Equivalent stories, such as Corn Woman and Old Turtle preserve the heritage and important mythologies of native peoples wherever they may live around the earth.

Ancient inheritances such as Beowulf, the Epic of Gilgamesh—the Old Testament chronicles about Eden, Abraham, Moses and the commandments—these may be thought of as cultural equivalents of the aboriginal Dreamtime—each with powerful meaning in its own context. They all convey ancient ideas conveying, to this day, how unknown ancestors shaped the world we have inherited. The old stories and metaphors still find expression in many languages and in many contexts. They still influence human society as people learn and know anew, with each new generation, their own experience of the world. There is no human society anywhere that is without its sacred stories, about things that cannot be defined by words and thoughts, because they are beyond logic and reason. …religion-like, one might say.

There can be no encompassing definition of indigenous “religion,” simply because such beliefs vary so widely among hundreds of tribal peoples around the earth. And yet all such spiritualities bear some things in common—such as, variously:  myths about how the world, its plants, creatures and people were created; myths about supernatural beings and their roles; advice about the importance of membership in a community of others to whom one is related and responsible. As often as not the old hand-me-down stories also contain advice about human conduct—why we are here, or came here, what purpose we’re supposed to serve as a reason for being here, and how we should serve in moral-ethical ways that help rather than harm our communal fellows. Is all this not good?

Yes, it is good for indigenous believers, interesting and inspiring for all of us. Still, we have gained nothing but a host of uniquely tribalized versions of beliefs based on faith—more nuances in that big outer circle of our religious conglomeration. There’s really no more reason for neutral persons to become personally interested in these than to become, say, a Baptist or a Church of Christer—or Buddhist or…

2 of 3. Independent thinkers.  Among these odd-man-out thinkers, spiritual ideas and beliefs arise in their own minds as a result of their own reasoning. Usually after long years of thinking about matters of ethics, morality, justice and human purpose, they come to believe something of a spiritual nature, something that is above and beyond the material world of everyday life—and sometimes something…paranormal. What they individually arrive at may or may not resemble any other person’s spiritual beliefs, may or may not resemble any existing religion or any indigenous spiritual beliefs. Quite a few scientists, for example, arrive quite independently at self-generated ideas which, though essentially spiritual in nature, would not mesh well with the doctrines of any church.

Standing apart from all established religions, these none-of-the-aboves have mixed and matched very personalized religious-spiritualities that are unique to them alone. And though they may or may not be able to cite credible evidence for what they believe, it is interesting to discover how much commonality such self-generated beliefs contain, not only among themselves, but likewise with that aforementioned Perennial philosophy—that Golden Rule lookalike we find at the core of every religion.

Independent thinkers are included as a separate category here because such “personal spiritualities” do of a certainty arise—and at considerable frequency. They also are included because they are the perfect lead-in to our third category of people who have come to believe in the reality of non-material ideas and things not normally registered by our five senses:  those who have had spiritually transformative experiences.