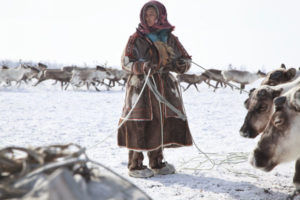 The biggest, the most

Christianity and Islam, the two religions most widely spread around the globe today, together represent a colossal figure—about 3.4 billion people—approaching half the world’s 7.7 billion population. Combining the believers of the ten great world religions, so briefly described above, accounts altogether for more than three-fourths of the world’s citizens who associate themselves with a recognized, named religion.

In aggregate, the sheer magnitude of these numbers says something about humanity’s enduring capacity to believe in the reality of non-material things that are not registered by the physical senses in ordinary daily life. Can so very many people be so very wrong as the atheist naysayers and milder scientific nonbelievers believe?  Well, the possibility of their all being totally (or partially) wrong certainly cannot be ruled out, but…

Prominent examples of non-material equivalence include 1) the big bang, 2) dark matter, 3) dark energy, 4) quarks, 5) the “edge” of the universe, and a great zoo of obscure quantum particles whose existence is reasoned solely on obscure, theoretical equations that are sometimes supported by evidence—and many times not. The math says it should exist, they insist, and on the basis of complicated equations nobody else understands they believe that it probably does. After all, it’s hard to keep the mind fully, totally, open after a quarter-century of schooling, a fortune spent obtaining graduate and post-doctoral degrees, an advance lifetime commitment and over two decades of devotion in the noble quest to understand and add to the meager sum of human knowledge about micro-macro physics way out there at science’s farthest frontiers.

Such scientific “believing” is still a belief—and all “belief” involves some degree of faith—though to its credit this particular belief derives from logical reasoning based on at least some genuine solid evidence actually observed. What equivalent can religion offer? Well, some prominent examples on the spiritual side will be detailed in the pages ahead.

They seem so different, religion and science—but…are they? A “religion” is just a bunch of people who hold similar views based on faith, and “science” is a comparable bunch of people with views a bit more disciplined than faith requires. But they all carry around the faults, frailties and biases of being human. As we’ve seen, just because heir views differ—meaning either or both may be at least partly wrong—does not necessarily mean either or both are totally wrong. And that’s simply another way of stating the question:  Could they both be at least partly right, each holding some portion of the truth—however bizarrely that portion may have been twisted from “the real” truth over time?

Well, yes, of course they “could,” but do they? One of this book’s purposes is to parse out the old nuances, as well as to parse some new ones almost everybody ignores, so that rational, reasoning, open minds can draw their own sound conclusions about what is real—including who we are, why we’re here, and what we’re here for.

The religion figures above leave uncounted somewhere between one and three billion people (more or less) who are None-of-the-Above. That’s a lot of people. What of them?

They include two more categories undefined by any recognized religion. On one hand, there are at least 400 million (poorly counted) spiritual believers who independently hold their own unique beliefs about non-material realities. Their beliefs are wholly outside, and without reference to, any church or any religion’s doctrines or dogma. In addition, there are perhaps three times that number of non-believers worldwide who, in general, don’t believe anything they define as superstition and who reject the reality of any non-material things that are not proven—or at least logically suggested—by science. Actual numbers are iffy for both groups, as nobody bothers to try keeping them well counted.

These unchurched people, at least fourteen percent of global population, stand aside from the worldwide popular beliefs represented by doctrinal religions, different as those may seem from each other. The non-believers alone (estimated 1.1 billion), if they were a religion, would be the world’s second or third largest. They are in general (but not entirely) represented by modern science. The independent spiritual believers, by contrast, are offhandedly deemed not credible—they go generally unrecognized and ignored, except where they are fortuitously despised and ridiculed by believers and scientists alike. We will be especially interested in these throughout this book.

Both groups will be addressed after the following rankings of estimated adherents among seventeen world religions. Note that the sum of these numbers leaves between one and three billion people unaccounted for, an enormous margin of error. Numbers for the far eastern religions are particularly uncertain. Given the inherent uncertainty in such “counting,” we may be reckoned lucky to have these relatively reasonable guesstimates. Unlike the above rankings by historical age, these are ranked by size, largest first:

[  Spiritual but not identified with any religion (at least 400 million)  ]

Chinese traditional/secular religions such as Confucian and Taoism (“400” million);

Un-believers include the “secular” (concerned with earthly rather than religious affairs), agnostics (don’t know), and persons who self identify as atheists—i.e., a–theist, without reference to any god or religion. (An interesting conundrum is raised by certain “hard scientists” who doggedly pursue definably arcane hypotheses known as “string theory” and “many-universes” cosmology.  Inasmuch as neither of these outer-limit scientific theories has garnered the least shred of “proof” after several decades of mathematics-based research, and both are in any case regarded as unprovable by most mainstream scientists, should their advocates be called scientific…or religious?)

I have previously spoken of the secular and agnostic positions, and there is little to be said about the atheist position. In an often-strident insistence that no god exists and all religious-spiritual notions of spiritual realities are summarily wrong, some atheists claim to “know” that which by definition cannot be known, at least by the ordinary senses in which they place such inordinate trust. They accept scientific hypotheses about the universe’s non-material realities but, inconsistently, abhor spiritual assertions of non-material realities as gross superstition. Therefore, like every other—preacher, scientist or blowhard—who claims to know that which cannot be known, the hard atheistic stance cannot be taken seriously. These atheists self evidently lack, it may be said, open minds.

More interesting by far are the endless varieties of spiritual belief among those hundreds of millions who hold spiritual understandings that have no more than coincidental similarity to any religion or religious doctrines. Such people may be seen in three categories: indigenous inheritors, independent thinkers, and certain individuals who have had a near-death experience or an equivalent spiritually transformative experience.

Spiritual beliefs among the world’s indigenous peoples fall outside any conventional definition of religion. Many of their spiritual concepts constitute sophisticated ideas about non-material realities that are not normally perceived by the senses, a fact widely unacknowledged by people who know nothing of indigenous peoples’ beliefs. Many of their foundational ideas, which may superficially seem to express simple animistic myths—I have mentioned Corn Mother and Old Turtle—in fact represent mature, and very old, concepts about human purpose and moral behavior in quite the same manner as found in the book of Genesis.

In general, this section addresses spiritual beliefs of the many original native American tribes and nations (both continents), far-north peoples within the Arctic circle (e.g., Inuit, Sami, Yakuts), Japanese Ainu, Australian aborigines, New Zealand Maoris, Pacific islanders (Polynesian, Hawaiian), numerous native tribes of Indonesia and Borneo, dozens of tribal clans and societies the length and breadth of Africa (Hadza, Twa, Maasai), and many other tribes and groups too numerous to name.

These indigenous peoples have been historically subordinated, dispossessed and decimated by centuries of European colonization followed by extended genocides of peoples and cultures, most recently by modern global economics. They survive to the present day in their millions, largely out of sight and out of mind. Old tribal solidarities and their respective heritages persist among them, generally unnoticed amidst the supersized modern capitalist societies of both West and East.

They are off the chart of the world’s named religions. They may be generally identified as the original peoples of every inhabited continent, mostly tribal in social organization, who inhabited the livable regions of six continents before those regions were incorporated into modern nations.

Their modern descendants in many cases retain their ancestral tribal identity and consider themselves culturally apart from the majority ethnic identity of the modern states which now dominate their ancestral territories. Many who have accommodated to modern society and fully acclimated themselves as participants within it still consciously recognize and keep, very much alive, their shared ancestry, history, customs, homeland, language and culture. They retain, and out of the public eye practice, many ancestral rituals insofar as these have not been destroyed by the invading cultures of the modern nations in which they coincidentally find themselves today.

Many European-descended citizens of modern states, such as the United States, think—if they think about it at all—the original native inhabitants are dead and gone in the mists of violent ancestral histories. But in this they are quite mistaken.