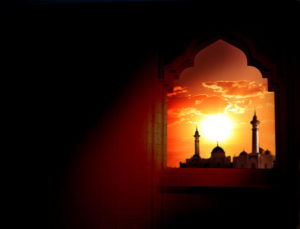 The other significant event cementing Christianity was adoption of a New Testament—a single book—to carry the story forward from where the Jewish Old Testament left off. Writings about the life of Jesus and polemics on what should be believed were written in plenitude beginning about the middle of the first century CE. The Gospel of Mark is probably the oldest of these, and the letters (epistles) Paul was sending to his various churches between about 50 and 62 CE are probably next in line. Dozens to hundreds (the true count is unknowable) of additional writings were penned over the next three hundred years, including revisions copied and passed down—to be copied (and accidentally or intentionally revised) yet again as the parchments and animal hides they were written on aged and wore out.

All of these claimed to be “authentic.” Many claimed to have been written by Jesus’ apostles or related by them to other writers, though in fact such claims were mostly spurious and their contents were as diverse as the beliefs (related above) of the church communities they reflected. Early Christians had no authoritative document to which they could turn to “prove” the authenticity of their beliefs. They had no “new” testament to be equivalent to the  “Old Testament” and to cite as authority for their beliefs—a situation which tended to push advocacy for “believing on faith” to its uttermost limit.

This changed in 367 CE.  A strong and generally abrasive personality known as Athanasius, an Egyptian politician and theologian, had long been a major defender of the version of Christian orthodoxy advocated by the big church in Rome and adopted at the Council of Nicaea. He had in fact participated in that Council just two years earlier, and soon thereafter was appointed Bishop of Alexandria.

By long custom, whoever became Bishop of Alexandria wrote an annual “Festal Epistle” to the Egyptian churches and monasteries under his authority, informing them of the date of Easter and the beginning of the Lenten fast. Reflecting the reputation of Alexandrian scholars noted for their astronomical calculations (a legacy of the brilliant and beautiful scholar Hypatia, brutally murdered by fanatic followers of Athanasius), this yearly epistle also announced the dates of all Christian festivals through the year. It was relayed to the empire’s other Christian churches by the Bishop of Rome, and was relied on by them as authoritative.

The “Thirty-Ninth Festal Letter” Athanasius sent out in 367 was his all-time most influential writing. In it, after enumerating the scriptures of the Old Testament, he continued:

“I must without hesitation mention the scriptures of the New Testament; they are the following: the four Gospels according to Matthew, Mark, Luke, and John, after them the Acts of the Apostles and the seven so-called catholic epistles of the apostles—namely, one of James, two of Peter, then three of John and after these one of Jude. In addition there are fourteen epistles of the apostle Paul written in the following order: the first to the Romans, then two to the Corinthians and then after these the one to the Galatians, following it the one to the Ephesians, thereafter the one to the Philippians and the one to the Colossians and two to the Thessalonians and the epistle to the Hebrews and then immediately two to Timothy, one to Titus and lastly the one to Philemon. Yet further the Revelation of John.”

Athanasius expressly distinguished these particular books from the many other books then widely in circulation, noting that these were the ones—and the only ones—“universally accepted,” as he put it. Nothing could have been further from the truth in that disputatious age, but his bold move worked anyway—demonstrating thereby for  politicians down through the ages the utility of a well timed lie and the manner of its circulation. The manner in which Athanasius’ preferences were distributed, enveloped in the prestige of the bishop of the big central church in Rome, constituted a sort of foundation for agreement thereafter—at last—on which of the many writings then in circulation would be regarded—or else—as the only official writings.

Thus did Christianity’s “New Testament” come into being and prevail thereafter as official holy writ. All other writings were declared false at worst and incomplete or misleading at best. For this, Athanasius has received most of the credit down through the centuries, though his other endeavors as a church leader were considerably more of a mixed bag. That bag is of sufficient entertainment that I shall share it here to conclude this section.

Constantine the Great, Emperor of the Roman Empire and newly-converted Christian, enthusiastically wished for the many Christian churches that now dotted his empire to expand and prosper. He wished for their congregations to grow in great numbers. As it happened, Athanasius of his own free will and preference did not naturally share Constantine’s growing benevolent interest in advancing Christianity’s growth. In fact, Athanasius was becoming widely known for his dogmatic and rather crusty insistence that any person who did not profess agreement with the Creed of Nicaea—which he Athanasius had helped to craft—should be barred from joining any Christian church.

Thus it came to pass that in the year 328 CE Constantine, who considerably outranked Athanasius, wrote sternly to Athanasius stating as follows:  “Since you know my will, grant free admission to all those who wish to enter the church. For if I hear that you have hindered anyone from becoming a member, or have debarred anyone from entrance, I shall immediately send someone to have you deposed at my behest and have you sent into exile.”

Athanasius appeared to comply for seven years, but by 335 CE he had sufficiently irritated Constantine that he was indeed deposed and sent far north to exile in Trier (today in western Germany, near the border with Luxembourg). There he fretted for two years until Constantine died and he could return to Alexandria.

Clearly hard headed, he was again booted from office in 339, fled to the protection of Pope Julius in Rome who supported him, and returned again to Alexandria in 346. Yet three more times was he exiled for various reasons, resuming his bishopric for the last time in 366 and holding it until his death in 373 at age 78. Though subsequently sainted, deservedly or not, his irascibility remains on the record.

With 1.3 billion adherents Islam has the second-highest membership among world religions. It also is the “youngest” of the so-called great world religions, having originated in the 7th century in the area known today as Saudi Arabia. Like the other two Abraham-derived religions, Islam is monotheistic. Its followers worship an all-knowing creator whose name rendered in Arabic is Allah—a contraction of al-Ilah literally meaning “the god” (and related to El and Elah, the Hebrew and Aramaic terms for God, along with Il and Eloah found in the Hebrew Bible). Followers of Islam are called Muslims.

The word “Islam” means “submission to the will of God.” Whereas Muslims believe that humans have free will, the professed goal of living life in total submission to God’s will presents ambiguity if not contradiction given further Muslim belief that nothing can or does happen without Allah’s permission. The Muslim view of human free will is thus—relatively speaking—circumscribed by divine will in comparison to the belief of most Christians and Jews in absolute free will and freedom to choose between right and wrong.

Islam teaches that several prophets were sent to teach Allah’s law, which was revealed in its particularities to the prophet Mohammed by the angel Gabriel. Some of those prophets (e.g., Abraham, Moses, Noah, Jesus) are mutually revered by Jews and Christians, but in Islam only Mohammed, born in Mecca in 570 CE, is regarded as the final prophet, sent by Allah to reveal the Islamic faith to humankind. According to Islamic tradition Gabriel visited Mohammed in 610 CE as he meditated in a cave, and ordered him to recite the words of Allah—the first of many such revelations Mohammed would receive throughout his life. Islam’s major holy text, the Quran (or Koran), is said to derive from these revelations and to have been written down by his scribes since Mohammed himself did not read or write. He began preaching the revelations about three years later

In common with Christianity, Muslims believe in life after death and a day of judgment. They worship by reciting the Quran and through daily prayers. One of the central ideas in Islam is the concept of “jihad,” meaning “struggle” with reference to efforts to defend he Islamic faith. No other world religion has, or places such prominence on, an intrinsic assumption that the faith will need “defending.”

In modern times non-defensive aggression in the name of “holy war jihad” has been used and overused by militants who—intent on a goal of worldwide Islamic theocracy—seek military hegemony over territories and political control over peoples. Such theocratic aims in combination with self serving interpretations of jihad are used to justify attacks on perceived “enemies” outside the faith. Unfortunately, for many on the receiving end of such attacks, militant fanatic savagery has come to symbolize Islam in general and is a major divisive force in much of the world today.

Unlike Catholic Christianity, Islam lacks hierarchical structure or central authority. Muslims believe that anyone can interpret the Quran and other sacred Islamic scriptures for themselves, and all are free to do so. While this can be viewed as making Islam more democratic and egalitarian than the more organized religions, absence of any decisive authority leaves the door open to extremists who easily can and constantly do cite scripture to rationalize their violence and indoctrinate others with their violence-oriented interpretations. They have exceeding faith in the rightness of their interpretations.

Peaceful Muslims on the other hand maintain that warring jihadists—e.g., Hezbollah, Boco Haram, Al-Qaeda, Hamas, et al—do not represent the Islam they know to be a peace-loving religion. With such drastically opposing views they can’t all be right. But like those piano-loving Baptists and a capella Church of Christers, no one recognizes anybody else’s authority to declare who’s right or wrong.