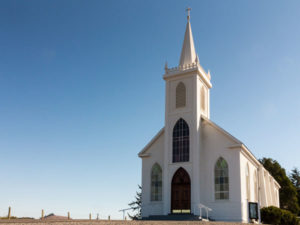 With 2.1 billion adherents, Christianity has the largest membership among modern world religions. It is the second-most-recent religion to originate since antiquity—i.e., after the BC-BCE-CE-AD division of time into before-and-after.

Christianity did not, as many believe, begin with the birth of Jesus of Nazareth though over time his birth grew into an integral celebration. This central figure had in fact been departed for several decades by the time Christianity began to be recognized as a bona fide new religion with adherents who were being called “Christians.” As evolved to the present day, Christianity can be retrospectively understood as having originated in three sequential phases during the first four centuries CE: 1) the life of Jesus; 2) the Pauline translation; and 3) the orthodoxy contest.

In perspective of our conglomerate exercise above, the most widely recognized division of Christianity didn’t occur until the sixteenth century when the reformist Martin Luther unintentionally unleashed secession of Protestantism from Roman Catholic orthodoxy—an event which properly marks the start of “modern” Christianity. I shall have little to say of this later evolution, as our interest here is on how Christianity originated as a religion in its early days. The following description of Christianity’s three-phased origin is more lengthy than the other religions described here because Christianity is presumed the most familiar to most readers of this American-published book.

Phase 1. Life of Jesus.  After his birth in Bethlehem, little is known about the life of Jesus other than the few surviving anecdotes recorded retrospectively beginning several decades after his death. No original documents are thought to have survived; fragile third and fourth generation copies bearing apparent discrepancies and errors are the oldest that have survived to modern times.

Little information survives of life experience between his birth and final three years, other than as a precociously devout Jewish youth and, in adulthood, as a carpenter living in the Galilean city of Nazareth. He spent his last three years traveling and preaching a message of Jewish reform and messianism. At about age thirty-three he was executed in Jerusalem by order of the Roman governor at the urging of local Jewish leaders who were offended by his not-sufficiently-orthodox ideas. During those last three years he preached to mainly-Jewish audiences in the southern Jewish heartland of Judea, and in the northern province of Galilee—an area Judeans disdained as culturally backward.

His teachings reflected his fairly disciplined view of Jewish religious traditions, and he conducted his life accordingly. He is popularly understood by both Christians and Jews to have emphasized traditional Jewish predictions of the coming of a messiah who would liberate the much persecuted Jewish peoples. Some modern Jewish thinkers regard “the historical” Jesus as much closer to Judaism than has been, and is still today, conveyed by Christian sources. Scholarly examinations of Jesus’ teachings, for example, reveal a strongly panentheistic message that God is in everything, that everything is God—ideas reflected in both Kabbalah mysticism and in the Zoroastrian antecedents of Judaism.

Similarly and in the same contexts, early Jewish beliefs in reincarnation were probably expressed with more sophistication in Jesus’ teachings (“Ye must be born again”) than were heard or understood by his largely unsophisticated audiences. It should be understood that older Jewish understandings of reincarnation strongly emphasized individuals’ absolute free will to make moral choices. They thus bore little resemblance to either the fatalistic interpretations of reincarnation expressed in some Buddhist sects or those Christian denominations that preach predestination to the exclusion of human free will. These matters probably are reflected in Jesus’ ethically-oriented teachings given his grounding in the older Jewish traditions.

If nothing else had transpired, the life and death of Jesus of Nazareth, one of the sons of Joseph and Mary of Nazareth, likely would have remained a little noted minor blip in the long history of Judaism. However, something did.

Phase 2. The Pauline translation.  Around the year 38 CE, a devout Jewish resident of the city of Tarsus named Saul enters historical record as a persecutor of the followers of Jesus, who were already beginning to be known as “Christians.” Why he persecuted them is unstated, though scholars tend to assume he disliked their claim of Jesus as Judaism’s promised messiah because it was antithetical to Jewish messianic expectations.

Saul reportedly said (Galatians 1:13–14): “For you have heard of my previous way of life in Judaism, how intensely I persecuted the church of God and tried to destroy it. I was advancing in Judaism beyond many of my own age among my people and was extremely zealous for the traditions of my fathers.” In other words, Saul was focused on those Jewish attitudes contemporary to his time, against which Jesus railed even as he preached ideas flowing from a much older Jewish well.

Saul’s attitude changed abruptly a few short years later—possibly as soon as three years after Jesus’ death—following a dramatic spiritual experience he reported as occurring while he was enroute to Damascus. With a mandate from the high priest to find and arrest Jesus followers in Damascus, Saul was to return them to Jerusalem as prisoners for questioning and possible execution. The Book of Acts chapter 9 (3-19) relates his journey’s interruption when he was prostrated by a blinding intense light accompanied by a divine voice:  “Saul, Saul, why do you persecute me?” Saul reports asking: “Who are you, Lord?” And he reports hearing, “I am Jesus, whom you are persecuting. Now get up and go into the city, and you will be told what you must do.” Saul arises and, temporarily blinded, is led on into Damascus by his companions. There a local Christian, Ananias, reluctantly effects the conversion and baptism of this former despiser of Christians.

Scholars have variously described Paul’s conversion report as miraculous or supernatural, while others have deemed it sunstroke, seizure, temporal-lobe epilepsy or simply fraudulent. The brilliantly bright light also bears similarity to near-death experiences and spiritually transformative experiences by healthy persons nowhere near death, but in those cases the “blinding” light does not literally blind and can be directly looked at.

In any case, Saul thereafter changed his name to Paul and, though he had never met Jesus, ardently set about spreading various new ideas centered on the bodily person and life of Jesus—rather than Jesus’ teachings per se—as conceived or interpreted by himself Paul. His ideas appear to have come from within himself, without benefit of inquiry to Jesus disciples who were still around, alive, well, and well informed of Jesus teachings.

In short order Paul’s ideas came to be expressed as doctrines. In Paul’s rendering, the ethics- and reform-oriented message and very-Jewish context which Jesus had endeavored to spread, became decidedly secondary to the person of Jesus himself, particularly his death, as the centerpiece of the story. It was Paul who, over the next thirty or so years, institutionalized the doctrines that would transform Christianity from a tiny local sect of Jewish disciples of Jesus and his teachings in pursuit of Jewish reform into a worldwide religion about Jesus. The congregations Paul built in his busy travels were peopled by gentiles of all ethnicities, races and nationalities, all determinedly espousing doctrinal beliefs based on faith that eschewed factual documentation. Faith—not fact or experience—thus was the chosen way of knowing Christianity from its inception.

Over those thirty years Paul traveled, preached and proselytized the length and breadth of Rome’s Mediterranean empire. During the mid-30s to mid-50s CE, taking full advantage of his status as a Roman citizen as well as a Jew, Paul established a substantial number of churches from Gaul in the west to Asia Minor in the east—and then played consulting minister to them. He was diligent in following up, staying in touch by revisits to and letters with those congregations, counseling them as they inevitably got into the arguing and travails that arise everywhere manmade doctrines are prescribed as rules of conduct and belief. His long epistles (letters) to the new churches in Rome, Corinth, Phillipi, Thessalonica and elsewhere constitute at least eight books of the New Testament; some credit thirteen books to Paul’s authorship. He is believed to have been executed in Rome sometime around 64-67 CE as a result of his persistent activism.

By the time of Paul’s death a sufficient number of churches had been established for the conglomeration effect to get well underway—i.e., Paul’s far flung infant churches had existed long enough for their members to come into disagreements over points of doctrine large and small. Precisely as illustrated by our earlier conglomeration exercise, these early churches came to disagree with other churches on various points of doctrine, and members within congregations came into disagreement with each other. On such points of disagreement Paul had been the arbiter to whom they had turned to settle their arguments, to provide them with the authoritative word on “true” doctrine. With Christianity barely begun, how many churches was that?

The epistolary chapters of the New Testament spell out considerable detail on churches established by the lately-arrived and self-appointed-apostle Saul of Tarsus who renamed himself Paul. Beginning at Antioch (Acts 11: 20-21), Paul is known to have established fourteen churches, though the number of others not mentioned is probably higher. The church he started in Ephesus, for example, in turn started so many others that—the Ephesians bragged—“every person who lived in Asia heard the message of the Gospel.”

Similar expansions followed in Cypress, Crete and many other stops in his wide missionary travels—plus the new satellite churches established in turn by evangelizing members of Paul’s original churches. The record is clear that all were busily proselytizing Jewish congregants and, particularly, welcoming gentiles. They were also deeply engaged in codifying and preaching the new doctrines Paul had spelled out on what one must profess to believe in order to be accepted into the new Christian religion.

There thus arose two non-coordinated groups of what eventually came to be called Christians, both purportedly carrying on the teachings of the late Jesus of Nazareth. One group consisted of the original Jewish disciples of Jesus, whose missionary travels after his death took them in many directions, spreading their various recollections of their master’s particular teachings. The other consisted of Paul and the multiplier effect of churches he founded to preach doctrines about Jesus without undue concern for the preachings of Jesus. Could they both be right?

Not surprisingly, the two groups looked less and less alike with the passage of time. Some interactions reportedly took place between the original apostles and Paul and his congregations, but the new Pauline churches with their organized hierarchical structure grew faster in sheer numbers. Aided by their organized structure, they also grew in dominance over the new religion called Christ-ian—“of Christ.” It is the latter that would evolve into what became orthodox Christianity, and it is them to which we turn next.