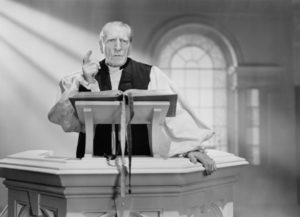 The most widespread way, popularly adopted by a majority of humanity, is to adopt as one’s own and claim to “know” what others say they know, especially those others who came before us and are thought to have had the wisdom attributed to elders. This way of knowing is called “faith” and religions make much of the importance of it.

The trouble with this way of knowing is that everybody concerned—the revered dead elders as well as the present-day faith-based believers—could all be dead wrong. And who would know?—faith-based religious claims can neither be proven true, or false. Faith-based believers tend to not much care about proving what they believe—they simply “believe” on faith alone, as did their ancestors before them, end of discussion. Needless to say, many other people (including almost all scientists) reject the very notion of faith, insisting that the only knowledge one should trust as possibly true must be knowledge that can be somehow verified.

The other way of knowing is through direct personal experience, which one acquires de facto, coincidentally but abundantly, simply by living through the days of one’s life. This direct experiential way of knowing often produces tension with those who rely heavily on faith, for the simple reason that direct experiences often produce understandings in clear conflict with ideas held on faith alone.

One learns early in life, for example, that others who observe the same things as oneself may or may not interpret them the same. In the quest for agreement on truth, such shared “third-person” experience has come to constitute the backbone of modern science. Knowledge gained by experimentation, for instance, can be verified by numerous other “third persons” performing the same experiment. That the senses may be extended with microscopes and other technologies is coincidental—if comparable experimentation by third persons repeatedly produces the same result, the new knowledge is considered true.

Over the past century science has become so committed to this approach that new knowledge claimed by other than third-person replication is now commonly rejected out of hand as “not true”—even if it is or could be true.

In the latter category, and in decided contrast to third-person sharability, are “first-person” experiences which can only be reported, they cannot be shared. Common to every living human, they consist of those direct personal experiences which are felt “inside oneself”—such as pain, and inner feelings such as elation or sadness. Even one’s own quiet, rambling thoughts are a form of experience.

As every reader knows, these inside-oneself happenings are all bona fide experiences occurring constantly, every moment of one’s life. Your sensation of the chair in which you sit reading this page, for example, is a bona fide experience—for you. But this is true for you alone. Being thus exclusive to one’s internal awareness, such personal experiences obviously cannot be brought to any other person’s attention in any way that allows other people to directly experience them too. For example:  Sorry, but I cannot personally feel your pain; the best I can do is notice that you seem to be suffering it;  perhaps I will feel empathy over your pain…but then you could be exaggerating or lying…how can I know?

This is called first-person experience for the very good reason that the experiencer is the only being who can ever personally know that experience. It is inside oneself—hidden away from any knowing by all other persons. Others can observe evidence of an experiencer’s pain or elation, but they can never personally experience it.

Of interest for our purposes here, this first-person/third-person distinction between the two types of personal experience is the source of some quite heated arguments. Even though it is obvious and self evident that every one of us constantly has first-person internal experiences—i.e., not only do we see, hear, taste, touch, smell, we also can adore, scheme, covet and make secret plans—there is an obnoxiously vocal cadre of hyper-materialist scientists who object to the very notion of first-person experience.

First-person experiences cannot possibly be regarded as credible, they say, because they cannot be proved by third persons. If they are unprovable—“therefore”—first-person experiences in effect do not exist, and even if they did it would be pointless to study what cannot be verified by third persons. Science, they say, is based on third-person verifiability—the only reality we can trust—and so science should not even consider this first-person stuff which is unknowable beyond the individual who thinks s/he knows it. These materialists, who largely believe everything can be “understood” only by reducing each and every thing to its component atoms, are very sure of their rightness in this matter. Some would say self righteous.

In great certainty they write whole books about their certainty of what is not and cannot possibly be real. A prime example is their certainty that the brain creates the mental awareness we call consciousness, or mind—or even sometimes soul/spirit. Knowing that the first-person consciousness every human feels during every moment of mortal life can never be experienced by anyone else, they “know” that mind cannot exist other than as a product of the brain’s activity. Locked out of their mindset, as if impossible, is the fully equal possibility that the true living person consists of mind-consciousness-soul-spirit, and it is this living though immaterial entity that activates the physical brain to make all those little perturbations show up on a functional magnetic resonance image (fMRI).

Let it be said, I disagree with such hyper-materialistic beliefs quite as fully as I disagree with religions’ beliefs based on faith alone. And I advise you to disagree too if you have ever experienced, inside the privacy of yourself, the felt evidence of your own aliveness and being—an internal knowing about which you are fully certain no one else could possibly know what’s going on inside you, such as the aforementioned pain or elation, or other wholly personal “feelings” such as resentment, joy, lust, fear, religious ecstasy, the secret knowledge that you just lied to somebody about something, or the certainty that your bladder needs to get to a bathroom now. We all know these things are real, but can we ever share them, to “prove” their reality to someone else—a “third person”—so that the third person can experience what we are experiencing inside our private selves?

Of course not. The third person concept is handy for scientific pursuits, which adore having one’s personal observations of nature confirmed by multiple third persons who can all repeat the same experiment, observe the same thing—“prove” it. Prove you right, in a word. But such confirmations in no way imply—and they most certainly do not constitute proof—that first-person experiences are any less than equally real. You know this, from your lived experience of your own self-ness inside yourself. If you have ever felt embarrassed, proud, furious—was your feeling of it not real?

Although first-person experiences cannot be “proved” using science’s method whereby third-person experiences are verified, that certainly does not make them any less real. We all—every last living person among us—know this from lifelong experience, yet much of the scientific establishment refuses to accept the reality of first-person experience. Many scientists today—not a few but many—literally express contempt for the very idea of “first-person experience.” Are theirs the closed mindsets we can trust to lead our society’s explorations in the vital advancement of science, learning, knowledge, understanding, wisdom? Tsk.

To establish acceptable credibility for first-person experiences, one must look elsewhere—and do so with one’s mind more fully open than is customary in the modern cultural phenomenon and methodology popularly known as “science.” How does one attain such idealistic state of grace?

Sometimes discovering where one should be is best understood by understanding where one should not. Science has existed as such for only about three hundred years. In contrast, during three hundred thousand years of human existence, we had only what is now called religion. In the spirit of open-minded inquiry that acknowledges “they could both be wrong,” let’s return our exploration to religion a while more.

The Evolution of World Religions

That first way of knowing—the one based on non-confirmable faith—is regarded as old and honorable by a quite large majority of all humanity. This doesn’t imply that faith produces truth, but humanity’s longstanding reliance on it is a fact to be acknowledged. Over three millennia it has produced a dozen or so of what are called “great” world religions, each of which has attracted large numbers of member-believers.

By detailed count, an astonishing 4,300 named religions exist in the world today according to Adherents, an independent non-sectarian organization that claims ability to monitor the quantitative memberships of the world’s organized religions. Included in this figure, and daily adding to it, are the virtually constant denominational subdividings whose respective adherents (of course) disagree with each other over which beliefs really are “true.” Given the propensity of any one person to disagree with any other person’s minute distinctions and nuances on the fine points of any particular religious doctrine, one might reasonably posit that as many religions exist in the world today as there are people alive on the planet. Try drawing those circles on your page-sized sheet of paper…

There also is a definitional problem. If we’re to examine centuries-old religions, we really need to first know:  What is a religion? Dictionaries are full of answers of course, but they generally display as many differences as do religious doctrines. Without belaboring the point, I think the following three properties suffice to reasonably define a religion in most circumstances.

A religion comes to be recognized as such when: 1) Enough people have come to agree on similarly believing a body of doctrinal ideas sufficiently that they can smooth over (ignore) their nuances of disagreement on this point or that.  2) The religion manages to establish some degree of organization among all those believers. No matter how many people believe (on faith) similar religious ideas, if they don’t get organized enough to form some semblance of structure they won’t last long enough to be recognized as “a religion.”  And 3) the ideas collectively last “a long time.”

With the unacknowledged agreement of historians and anthropologists, we may now examine some religions that meet these criteria, especially the “long time” part. No doubt unknown religions older than those listed here rose and fell in the mists of time, (e.g., Old Kingdom Egypt’s  Pyramid Texts appeared over 4,000 years ago;  their content is no doubt even older), but such mists conceal what lay before their adherents invented writing.