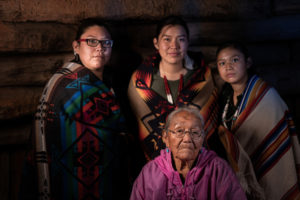 Chapter 13.  Renewal, and the Phoenix Values

In the year 1491 the number of people subsisting in crowded old medieval Europe was almost certainly fewer than the human population living in the land area that would soon come to be known as the “the Americas” by those intrepid Europeans who thought they had “discovered” it. If a few more decades had elapsed before some European adventurer sailed off Columbus-like in quest of getting rich, it is altogether likely that Native Americans would have “discovered” Europe and turned history on its ear. But they were altogether less focused on wealth than were the Europeans.

Some of the New World’s great cities were equal to or larger than the biggest cities in the Old World. There also were some hygienic differences.  The crowded urban area known as Tenochtitlan (overgrown by today’s Mexico City) had running water, beautiful gardens and clean streets not seen in Europe since the heydays of Rome and Pompeii. In London and Paris nightpots were routinely dumped from windows onto the street below where horses dead from overwork lay in the street’s muck while pedestrians dodged their way around both. Small pox, measles, influenza and plague, not to mention abject rib-starved poverty, all rampant in the squalid old world, were unknown in the Americas.

But these dramatic incidentals are as nothing to another difference, fundamental and profound, between the old and new worlds. From their ancient arrival(s) in the Americas, the continents’ native peoples had never evolved a sense of personal ownership over the ground they walked on. Why would they? The land on which they lived was like the air they breathed and the abundant waters they drank—it was just there. Equally it sustained everybody, therefore it belonged to everybody, and thus to nobody at all. The land was common wealth, a human sustenance taken for granted and equally enjoyed by all.

The very idea of owning sectioned-off pieces of the earth would have seemed bizarre, had anyone mentioned such an idea. Of course no one did, for it was self evident that the earth, the air and the waters were essential for life, for everybody. But it was not self evident to the proliferating white men: “You wish to prevent the Indians from doing as we wish them, to unite and let them consider their lands as the common property of the whole,” spoke Tecumseh straight to the face of Governor William Henry Harrison in 1810. Generation after generation these Earth Mother resources had served everyone equally, freely and abundantly providing the essentials—food, drink and breath—to stay alive, and reproduce. To live, in other words, in constant respect for and natural harmony with Earth Mother, or Father Turtle, or whatever nomenclature passed for that universal recognition of an almighty creator some call God.

For all their laudable harmony with nature, Native American were less so with each other. These were normal human beings, as “normal “ as ourselves, so let us not be deluded or maudlin about them as innocent children of nature. Like Homo sapiens everywhere, they could feel and express serenity, generosity and love—as well as rage, jealousy and deceit. A commonplace petty pastime was constant thievery of food stores and fertile maidens—and horses after the Spaniards loosed them across the western plains. Tit-for-tat incivilities often escalated to intertribal battling…usually hit-and-run affairs seldom lasting more than a day or two. It is difficult to find any preserved listing of tribal legends that is not so replete with casual thieving, “going on the warpath” and offhanded killing of out-group others, without reason, as to reveal their utter and widespread absence of value for individual human lives. Nonetheless, excepting the Aztecs’ bizarre penchant for insane numbers of human sacrifices to assuage insatiable devil-gods, these foibles were a pale shadow of the centuries of true warfare and gore that prevailed in Europe from earliest recorded history through quite recent modern times.

And so it was to a sylvan, pristine pair of newly-found western continents that European entrepreneur-adventurers carried age-old European diseases, plus their cultural norms of interpersonal violence and atrocity, truly bloody large-scale warfare, and an altogether alien concept of private ownership of the land. Needless to say, the American and European cultural traditions did not come congenially together like hand and glove.

The early Spanish invaders left an unprecedented legacy of violence and death from the Caribbean to the far Pacific shore. If you aren’t read up on the vile Hernando de Soto, do so some bleak day. And then the English settlers recently settled at both Jamestown and Plymouth—neither group having had the simple wits to grow and lay by a crop for winter food—found it meet to dig into the grain stores that neighboring tribes had so carefully buried to sustain themselves through frozen winter. History records that certain English settlers, well along into starvation, dug up newly-buried native dead to cannibalize. Such incivilities did not set well with the native relatives. Blow led to blow, atrocity to atrocity. After a succession of such events, native Americans and native Europeans began to mutually regard each other as savages deserving only death, and—after a while of that—a death that hopefully would be as slow and painful as ingenuity could devise. In this, and for a long time to come, both sides were inventive, and scalping was the least of it.

Englishmen and other Europeans continued pouring into the English colonies finally grown to thirteen in number—plus the two Spanish colonies of East and West Florida that never get counted—until their determined new populations quite displaced most native American habitats up and down the Atlantic coast everywhere east of the Appalachians. Deprived of reasonable options, most Indians, as they were mis-named, moved west—into lands long inhabited by other Indians. The American colonists at length threw out the British Crown and, newly independent, soon declared a manifest destiny to expand themselves westward—to the Mississippi, then to the Rockies, then full on to the great Pacific shore. Picking up massive former Spanish holdings from Florida through Texas to California rounded out the familiar outline of the USA today.

At every step of this westward expansion, the European invaders pressed ever deeper into lands the first Americans had occupied for thousands of years and still depended on for growing food crops and hunting meat animals. Those native residents thought of the land as “their common land,” essential for life. Thus their bitter dismay when the alien settlers settled in, planted crops and built cabins. The first Americans repeatedly and reluctantly retreated ever further west, trying to get away from the insatiable invaders. Everywhere the settlers went they claimed the land beneath their feet as their own property—land taken away from the native inhabitants who had no tradition of paper things called deeds. Deeds moved land permanently into something called the market, proclaimed that the settlers now owned it—and called upon surveyors such as one D. Boone to draw up the new holdings so settlers could acquire deeds which “proved” their ownership until sold.

“Land,” says Olol Dapash, “is central to our spiritual beliefs because we believe that God dwells not only in and beyond the deep blue skies… but also in the thick forests, rivers, and beneath the earth.” The forest is particularly important to the Masai because as their “promised land” it is the place that holds “our future, our prosperity, the resources for our cultural reproduction and the cohesiveness of our society.”

In devastating numbers—ultimately around ninety percent— the First Americans succumbed to the smallpox, measles and flu the Europeans had brought to them, for these diseases were not native in America and so native peoples had no immunity. Not unlike the Covid-19 virus of a later century, these old European viruses raged across the continent. In an age when nobody knew of bacteria or virus-borne diseases—or even the concepts of contagion or infection—the European diseases killed the native Americans in waves that moved west. The viruses began their work in earnest, spreading from Jamestown and Plymouth. Many European settlers honestly thought the uninhabited lands they moved onto had always been uninhabited. The misperception made the occupying of it more palatable. Nobody lived there, so who was harmed, right?

Where native Americans survived the diseases, rallied and resisted takeover of the lands they depended on for life sustenance, concerted military actions such as Andrew Jackson’s forced removals along the Trail of Tears further decimated the remaining ten percent of surviving Native Americans. Combined with decades of the U.S. Army’s extended Indian harassment and removal campaigns throughout the western territories, and the subsequent removal of Indian children to abusive boarding schools intent on eradicating their culture, one of the most horrendous genocides in human history was perpetrated. The word is never used in U.S. history books, rarely mentioned anywhere.

Against all odds, native indigenous American peoples persist in the United States today. Relatively, their numbers are low—somewhere between 2.9 and 4.5 million American Indians representing somewhere between 0.9 to 1.7 percent of the U.S. population. The imprecision of these estimates says something about the status they receive at the hands of governmental record keeping. Today, after decades of refusing to do so, the federal government “officially” recognizes five to six hundred surviving Native American tribes, some with large populations, some quite small. Hundreds more remain unrecognized.

Despite all this, the future potential of Native Americans is fairly high in an unusual sort of way. Remarkably, although most modern Indians have learned to coexist with the constantly accelerating change that so characterizes contemporary culture in the United States, many of them—perhaps a majority—somehow manage to simultaneously keep alive their own tribal cultural roots preserved now through a full five centuries of drastic assault. In ways large and small, Native Americans, perhaps more than any modern group other than avid environmentalists, manage to maintain their ancestral reverence for the Earth Mother (Old Turtle, whatever) that traditionally sustained them.

Uniquely among the many categories of dwellers in modern America, these First Americans remember and sustain their tribal legends and memories, oral and written. Although a great deal of their cultural heritage has been lost through these centuries of trauma, a surprisingly rich remnant of that heritage remains alive and well, persisting, remembered and kept alive down to the present day. These alone among modern inhabitants of North America possess such a rich ancestral heritage. No other group in modern America—not even the snootiest D.A.R.—remembers its long cultural history as Native Americans do. Their ancestral center—reverence for the mother earth and respectful  reverence for all other life with which we share our mother planet—is a vital seed around which to place our hopes for the difficult three centuries immediately ahead.

It is the twenty-fourth century. Much in the history of humankind is past and done, much is no more. Five hundred years earlier, in the early 1800s, everywhere between the continental divides native Americans were experiencing growing crisis as the white man’s unstoppable westward expansion decimated their culture and his unfamiliar diseases killed their people. To their traditional ceremonial dances was added a new Prophet Dance, introduced by a newly evolved class of shamanic holy men who spoke of imminent apocalyptic change and renewal.

One such vision spoke of Chief, the supreme creator who created the world with the help of his assistant Coyote. Chief told the people: “Coyote and myself will not be seen again until the Earth-Woman is very old. Then we shall return to earth, for it will require a new change by that time.” Chief told the people that when he returned the Earth Woman would regain her natural form and live as a mother among her children, and on that day “things will be made right, and there will be much happiness.” In that day there will be renewal. All will be renewed.