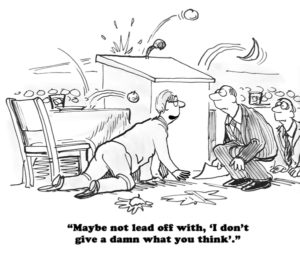 These sixteen fixes exemplify the “third options” I have advocated throughout this book in hope of moving us a step or two away from the stultifying curse of conservative versus liberal, Republican versus Democrat,  unity versus versus, division upon division grown dire among us since 1980.

First you figure out what things the people in a freedom-loving democratic republic really require to continue being a freedom-loving democratic republic. Then you make damn sure those things get implemented in logical sequence. First you identify what’s too big, what’s too monopolistic, what’s not needed at all and is causing more trouble than it’s worth. All the natural monopolies—power lines, pipelines and suchlike get put under control of governments—and I mean with a heavy, innovative thumb. Then all the things that have outgrown their britches and got too big to control get broken up into small pieces of the right size to serve communities, regions at most, and make sure they can’t ever grow too big again. The truly useless monopolistic time wasters like Facebook simply get abolished and good riddance. That’s the structural stuff. Then you deal with the really necessary stuff, like Economic Rights and Living wage, and abolishing profit, and advertising, and economists. Such changes are easy once you think about them for two or three days—or decades—and get your mind opened up.