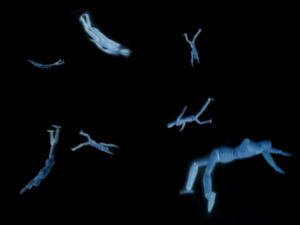 The two-option model.  There’s another way of looking at our two-sided yardstick. It also has two ends—call it the two-option model. Politically speaking, people who would prefer government to totally control economics—and perhaps everybody and everything else—are at the far left end of the yardstick. In pretty stark contrast, those who fundamentally don’t like government controlling anything—anything at all, particularly themselves—are at the far right end. Opposite extremes. Extremists, one might say.

The yardstick also has a broad middle section. Most sensible people—a majority of them in fact—are clustered all over this broad center. But ignoring this very large majority, as is customary, let’s focus first on the extremes so we may perhaps understand them better.

On the far left:  Communism is a term used as an expletive in the United States, as politically incorrect as shouting shit in church. Under the extreme of communism the government owns virtually everything of value—all factories, all natural resources, all distribution systems, and anything else that can produce wealth. The government may also control everything else, such as employees’ job assignments and where they may live or travel, though these extremes are by no means required by communist theory.

In fact Marxism rather inanely assumes that the controlling state will somehow just “wither away.” Incredibly naïve that, but Karl Marx was a real strong-minded fuzzy thinker who got all his best fuzzy ideas while observing the worst that was in fact going on in early-industrial-revolution England. Marx meant well, he genuinely wanted to help people—and, be assured, life was pretty bad for English working people in those days. It would be reasonable to not judge the good intentions of the economist-philosopher Karl Marx by the insanely cruel behaviors of the Russian Bolshevic extremists who falsely claimed to be implementing Marx’s ideas, lest you reveal your ignorance of history.

Communism professes the ideological belief that all people can be “relatively equal” in what they contribute to, and receive from, the Common Wealth. This pseudo-religious belief is of course an obvious fallacy to anyone with half a brain. Every version of the communist model that has existed so far—and quite a few versions have been tried—is so exquisitely unnatural to acquisitive human nature that it can only be politically imposed by military force—from the barrel of a gun, as Mao said. Real communism—which is to say, a democratic version of it—has never been tried. Realistically, it would probably be impossible to try the pure theoretical form Marx envisioned, much less to make it work.

Ancient versions of communism were propounded by Jesus of Nazareth and others. The modern version that has caused so much trouble in the world was penned by Marx in 1847—the worst year of the great potato famine when starvation stalked the Irish people. Between 1846 and 1850, a million Irish men, women and children died of starvation or diseases associated with the famine, while another million survived only by emigrating—one-fourth of Ireland’s population in all. For several centuries preceding this event Ireland had been the worldwide British empire’s first colony. In London, the birthplace of capitalism, well fed businessmen argued that if the Irish could not be innovative in the matter of survival, then they deserved to fall by the wayside—even as well fed British capitalists continued exporting food crops out of Ireland—for the profit of course. “Free trade” in 1847 meant survival of the fittest. Has this changed? What is your opinion?

Marx was a lousy economist-philosopher. History shows that his biggest predictions turned out as fantasy. Government got much bigger instead of withering away, and his dictatorship of the proletariat turned out to be the dictatorships of Lenin and Stalin and Mao and Pol Pot and a zoo of lesser dominating little tyrannical pretenders. But as a critic of British economics and politics of his day (he never considered Russia, of all places), many of the reforms Marx called for include much that western societies today consider normal, even essential for democratic states that want to continue being democratic:

Complete separation of church and state; universal suffrage for everyone over the age of twenty-one; payment to the representatives of the people so that the working classes can participate in government; universal free education; prohibition of child labor; maximum working hours; minimum wages; a living wage for all workers; social welfare; a graduated income tax; curtailment of the rights of inheritance; creation of a state bank to control usurious forms of credit; and finally, state regulation of the modes of communication to prevent the billionaire class from having a monopoly over the newspapers and other means of communication, allowing them to spread the self-serving ideologies that kept the masses in their thrall.

On the far right:  At the yardstick’s other end—at the opposite extreme from communism—is the economic model called Free Market Capitalism. As practiced in modern America by mostly-unregulated corporations, this model has attained the undeserved status of an Eleventh Commandment. Under extreme capitalism the government owns almost nothing—except the armed forces, of course, which always gives government the last word. The private sector—which is to say corporations operating as capitalism’s delivery vehicles, the bigger the better—conducts virtually all the commercial activity required to supply the public’s demand. (Or over-supply it.)

Free market capitalism could and willingly would—for a hefty price—take over and run the post office, welfare, and most other functions of government including infrastructure construction and maintenance from bridges to potholes. Capitalist believers believe, with religious intensity, that if capitalism did so it could make a far better go of it than all those bean-counting bureaucrats could possibly be capable of, rigorous Civil Service merit exams notwithstanding. I have heard multiple politicians trumpet their conviction that “government should be run like a business.”

In this conviction, ignorance hangs out for all to see. Government is not business, that’s not what it’s for, just as business is not governing, that’s not what it’s for either. Business and government serve two wholly different purposes. Government’s purpose is to protect the common good, the public interest, the best interests of All The People—in a word, to help others. The purpose of business is to make a profit, however it may, and serve itself.

Cutting costs. Governmental agencies charged with little niceties such as environmental protection, public land management, labor protection, welfare and education, among other vital functions, would of course be abolished under extreme capitalism because, like its corporate agents, it favors endless cutting of costs. Cost cutting is easier than forcing consumers to buy more products, and there is no cost, they say, that cannot be cut or at least whittled down. Except profit, of course—the profit margin must never be cut—it is the purpose for existence, to generate profit and acquire wealth. Cut anything else, everything else, but not profit.

Under extreme capitalism many governmental functions are handed over—scot free if they can get away with it—to private for-profit corporations in a pseudo-religious ideological belief that 1) only avaricious corporate competition for profit can possibly manage any enterprise efficiently, and 2) wealth concentrated in a few people at the very top will trickle down to those below—or some of them, maybe—and thus create lots more nice fast-food jobs, thereby benefitting the whole of society with its blessings.

A tactical alternative to corporations running our government, as implemented in recent years by capitalist lords who hate government, has been to starve government agencies through the highly politicized budgeting process so that when those agencies no longer have enough dollars or employees to carry out their duties the government haters can shout “See, see, I told you government couldn’t do anything as well as corporations!

Exactly like communism, this religion-like faith in capitalism is of course obvious fallacy to anyone with half a brain. Both communism and capitalism, remember, are opposite extremes on the yardstick. But—capitalism has irresistible appeal to certain infantile acquisitive instincts such as selfishness and greed which never really grow up beyond the spoiled child-brat petulantly grabbing toys—You can’t have it, it’s Mine!

Free-for-all capitalism has prevailed throughout the entirety of United States history, including the long colonial period before independence. Its four-century record is a constant series of booms and busts—economic prosperity followed by crash and ruin, as inevitable as sunshine and rain. That’s how capitalism works. It romped with special intensity in the decades just before the 1929 Wall Street crash that precipitated the Great Depression, and similarly both before and since the Wall Street collapse of 2007-08.

Most Americans take these booms and crashes for granted, presuming this is just the way life is. But it is not. Completely unregulated capitalism has never been tried, though the legal bandits known as eighteenth century privateers and nineteenth century robber barons and late twentieth century corporate raiders came close. Enormous corporate pressure has leaned in the privateer direction throughout American history—except for the anomalous years of prosperity, 1946-1979. Those years saw the heaviest regulation of corporations by government in U.S. history, when we met and overcame the back-to-back traumas of the Great Depression and World War II—and the American people thrived.

Lest we forget, the opposite ends of the yardstick are far from the whole yardstick. The extremes of total-control communism and no-control capitalism are NOT our only options. There are other good options—Third Options.