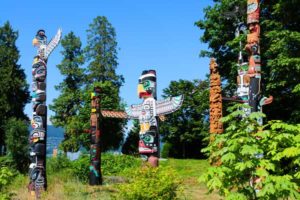 These examples illustrate an important point. Although the scientific version of the creation story rests on magical treatment of the big bang’s source quite as much as any religious or mythical treatment of creation, these four predictions’ reliance on evidence is as far away from magic as one can get. The science-based findings that verified these predictions rest on observable hard evidence that has been confirmed many times over. Today anyone can take their own look at the same evidence and reaffirm scientists’ widespread conclusion that the big bang was real—it really happened. That doesn’t necessarily mean the Genesis mythology is wrong, it just adjusts the context. As we know, when two or more parties disagree, one or both might be 1) wholly wrong, 2) wholly right, 3) partly wrong, or…4) partly right.

Evidence thus distinguishes the scientific version of creation, a distinction that organized religions, tribal myths and legends cannot match. What constitutes “evidence” will therefore be important in subsequent chapters of this book. Equally important will be an understanding of scientific method, as well as the “open mindset” that is widely but erroneously presumed to characterize science. We will review evidence that the presumption of scientific open mindedness is wrong, that scientific minds are often slammed as tightly shut as those of any doctrine-bound Baptist or Church of Christer.

Before setting science temporarily aside, there is a bit more to be said about its famous “scientific method” and the presumably open minds within which the method is applied. In the four examples cited above, notice the intellectual workings exhibited by the scientists who verified big bang-related predictions, for they reveal much about modern science’s method and mindset. As we analyze an overview of the four, notice how they variously imagine, assume, infer, reason and deduce.

We observed a highly uneven distribution of galaxies, thus acquiring a few facts. Based on those few facts we assumed there must have been some irregularities in the distribution of early matter before the galaxies formed. Treating the assumption as if it were fact, we used our intellect to try to imagine how the process most likely would have worked, and then logically reasoned how to fill in the blanks. When we eventually developed technology with enough precision to measure the real situation, the measurements confirmed that our assuming, imagining, inferring and logical reasoning had been correct. A big bang really happened. Or so (keeping an open mindset) we’re pretty sure and very close to convinced—subject to better evidence showing up.

Notice how vital was the conditional use of human imagination in the effort to attain greater understanding. Let no one disparage the dreamer who dreams about how things could be and might indeed be, because the creative mind necessarily is engaged during the dreaming. For an interesting reprise, glance back over all four predictions giving special attention to how imagining and reasoning faculties were involved as scientific understandings advanced. Consider what sort of distinction exists – or if one exists – between an Einsteinian “thought experiment” and the more observation-based devices of conventional scientific method. How important was hard observational data? How important was imagination? Did either outweigh the other?

The big bang theory appears to be as close to the truth as a scientific theory can be. Yet at any moment some new discovery could come along and expose a fatal flaw in the theory, forcing hundreds of scientists to scrap a century (not to mention their own lifetimes) of dedicated work, and start over. Remember:

It takes only a single confirmed observational fact to completely overturn a scientific theory, no matter how long it has stood “looking like a law.” No one has ever demonstrated this better than did young Einstein when he “thought up” relativity—and then went in search of the special math needed to confirm it.

Your observation of a single white crow constitutes incontrovertible proof that not all crows are black. This is true even if no one else saw the white crow, no one believes you saw it, and insult you by insisting you had to have been delusional, hallucinating or you made it up.

Proof of a single paranormal event’s reality means all such events could be real.

If present understandings of the big bang were disproved tomorrow, there would be dismay and heartbreak. Terrible gnashings of teeth against the new findings would persist until the last nay-sayer died off. Nevertheless, new scientific directions would inevitably be pursued—the more open minds would make it happen. This has happened more than once before—e.g., Ptolemaic astronomy was overturned by Newtonian mechanics was overturned by Einsteinian relativity was overturned by…? Such relentless pursuit of truth is not found in the mindsets that characterize politics, or economics—or especially religion—or any other human-made institution. Only science has it built in. When one path becomes blocked, the more open minds imagine, assume, infer, reason and deduce until they open up another.

What if all those others acted with intent to maintain open minds, even though falling somewhat short? What if, in so acting, we chanced to find a genuine interface between science and “spirituality”—a term broad enough to encompass all the organized religions as well as all the non-organized beliefs and spiritual traditions of indigenous peoples around the world—plus a great deal more? What then?

One beautiful spring morning in 1963 I was called from class to the dean’s office—a long distance phone call, they said. It sounded ominous, and was. The father of my dear friend, who happened also to be my brother-in-law, was calling to tell me Young Leonard took his own life last night. It was an exceedingly heavy blow.

In the funeral home three days later, aimless wanderings carried me to a wide doorway above which my attention fixed on a large arched sign bearing the beautifully scripted words “Thy Will Be Done.” Unaware I had stopped walking, I stared, the words’ import flooding my consciousness. In that instant an emotional nuclear bomb went off, and I will never forget the consuming outrage of the very idea in context of that moment and setting. “God Damn Thy Will!,” I silently raged—oblivious to the irony—and thence proceeded through some years thinking myself a staunch atheist.

It didn’t last. I presently admitted to myself that I had graduated from atheism to agnosticism, and there I resided most comfortably for several decades. I learned the feeling of utmost respect for those who hold the agnostic frame of mind. Built on the old Greek words a (without) and gnostic (knowing), the a-gnostic truthfully admits that s/he does not know—and declines to pretend to know that which s/he does not. To this day I respond favorably to peoples’ admission that “I don’t know.” It tells me they’re honest. (This perspective is useful in everyday life. For example, most politicians hate to be pinned down on an issue they might want to waffle on later. If you press to pin down a straight answer the dishonest ones will say “Well, we’re still considering that issue” even when they have not the slightest idea of any kind about that issue. Watch for it.)

Looking back on my intellectual transitions between ages three and forty-three, I have sometimes marveled at my personal journey from innocent child evidently visited by spirits, to teenager trying to believe, to unattached Christian generalist, to angry atheist, to committed agnostic—until sometime around the seventh decade I graduated once more.

Among the Anishinaubae peoples—the Algonquin, Ottawa, Pottawatomi, Mississauga and Ojibwa (a.k.a. Chippewa)—it is held that among the many manitous only Kitchi-Manitou could have the all-knowingness necessary to create the universe and then leave it to the universe itself to create all the changing processes, objects, beings and cycles that would evolve within it through the ages down to this moment.

The name of this One Great Creator Manitou combines kitchi, meaning “immense, preeminent,” with manitou, a complex multi-nuanced word signifying “supernatural, spirit, mystical, mysterious, great, and godlike essence.” Refining this, Anishinaubae author Basil Johnston further describes the name as meaning “The Great Mystery of the supernatural order, one beyond human grasp, beyond words, neither male nor female, not of the flesh”—a being of the supernatural, transcendental order who cannot be known or described in corporeal terms.

What little is known of Kitchi-Manitou (God or Whomever) is what we mortals can know by observing nature, the cosmos, the world about us—including ourselves who are constituted of the very earth which bore us, sustains us, shall in due course reclaim every last atom that was our bodies, eventually carrying some to the upper atmosphere whence they will return to the universe that originated them. Such observing is usually called “science,” and for purposes of spiritual inquiry, it is invaluable to the curious mind.

In all these godly attributes—inexpressible in mere human words futilely striving to describe the living infinite, the Unknowable Ultimate—Kitchi-Manitou sounds quite a bit like the Abrahamic God popularly introduced but never very well described in all the dozens of versions of the Judeo-Christian-Catholic-Protestant Bible(s) and their hundreds of antecedent error-laden mistranslations of meaning through various unrelated root languages over the past 3,000 years or thereabouts.

Bypassing for the moment the many god-descriptive dictums that seem intrinsically unreasonable and un-godlike, such as Exodus 20:5 (“I the Lord your God am a jealous God, punishing the children for the sin of the parents to the third and fourth generation”), the question naturally arises:  How can we know, or even think sensibly about, the attributes of a being—real or imagined—whose vasty intelligence can make a universe happen? Especially when the differential between that almighty being and our humble selves seems far, far greater than that between a flea and a whale?

It’s hard to be scientific here. Contrast, for example, the credible science-based big bang story, as laid out above, to that of Genesis—or Old Turtle. Compare all of these to the Anishinaubae version which posits that Kitchi-Manitou had a vision in which S/He saw, heard, touched, tasted, smelled, sensed, knew, planned and designed the universe and all the processes by which it would bring stars, worlds, plants, animals and ascending consciousnesses into existence.

Then, having conceived, designed and launched  (via a big bang, sort of) this grand godly algorithm, Kitchi-Manitou had done everything that needed to be done:  The Work was complete. In Anishinaubae legend, “from that moment on, the onus was on men and women and their co-tenants on the Earth—the animals, birds, insects, fish and plants—to continue the work put into motion by the creator. Kitchi-Manitou had furnished them with all they required to fulfill their visions and purposes.”

Now this all sounds fairly sensible to me—certainly as reasonable, and substantially more informative, than offhandedly maintaining that a big bang “just happened; the universe just is”—and then declining to consider further the surpassing matter of Why? I am a great proponent of science and the scientific way of thinking, but on the few, great ultimate questions such as why the universe got started and why we’re here, I think Kitchi-Manitou has it all over science.

Why is there something rather than nothing? is perhaps the most meaningful question in the human repertoire. How can any sentient mortal not be curious enough to spend serious time trying to reason it through—to ponder a possible cause for the oh-so obvious effect of the existence of the universe and ourselves in it?—to wonder:  What is Manitou, or God, or Allah, or YHWH, or, whatever the man-assigned name, really like?