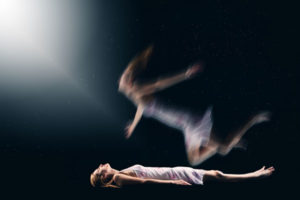 ABSTRACT:  Contemporary research into near-death experiences (NDE) continues to evoke the same proponent-to-skeptic spectrum that has characterized viewpoints on the nature of consciousness and reality for centuries.  Serious NDE researchers and critics both rely on conventional scientific method, though that approach has so far produced no major advances in understanding either consciousness or reality.  As an alternative, thought experiments have a long successful history in science, and could be applied to NDE research.  One example of such application is here discussed in some depth, and other possibilities are briefly introduced.  Developing an expanded approach to NDE research would be in the true open minded spirit of scientific inquiry. A successful research breakthrough, if achieved, could be of unprecedented significance to all humanity in the increasingly dangerous twenty-first century.

Contemporary scholarly research seeking to understand the true nature of near-death experiences demonstrates anew that persons pursuing open-minded inquiry at the frontiers of knowledge tend to find preexisting mindsets reflected from a given set of data.

Reductively inclined researchers typically find the evidence indicates that the brain somehow (unknown) physically creates the phenomenon we call consciousness, while more open-minded approaches typically find the same evidence indicates that consciousness somehow (unknown) exists apart from the brain.  Each mindset hedges on concluding anything for certain, denies that any personal bias crept in more than just a very tiny little bit maybe, and claims—citing well selected examples—that the data were interpreted with scientific open mindedness of a degree obviously exceeding that in the differing interpretations of others. Both feel the unknowns are narrowing and we’re inching closer to their respectively opposite understandings. Not altogether concealed between the lines of excessive professional courtesy, we glimpse irritated scholarly insertions and twists of the steely blade.

After absorbing the best that proponents and skeptics have so far offered, one must wonder if understanding of the tantalizing mystery posed by near-death experiences (NDEs) and related paranormal phenomena will ever advance beyond the stock “more research is needed.”

Dissonant views on non-material reality is of course nothing new.  Ring cites ancient roots for the impasse of mindsets, observing that “people believe and will continue to believe what they do based on personal temperament.”  (Ring, 2007, p. 71)  In the mid-twentieth century Teilhard de Chardin—possibly the twentieth century’s preeminent scholar at the interface of science and spirituality, and deeply concerned with the nature and origin of consciousness—squarely addressed made-up minds in his masterful work The Phenomenon of Man:

“On the scientific plane, the quarrel between materialists and the upholders of a spiritual interpretation…still endures.  After a century of disputation each side remains in its original position and gives its adversaries solid reasons for remaining there.  Both fight on different planes and do not meet; each only sees half the problem.  I am convinced that the two points of view need to be brought into union…in which the internal aspect of things as well as the external aspect of the world will be taken into account.”

Being comparably convinced, I seek in this article a way beyond the impasse.  While heartily adopting Ring’s view as my own—“I have no illusions that my words will change anyone’s mind” (Ring, 2007, p. 71)—I think it vitally important to attempt to at least influence minds where the subject involves conscious experiences clearly perceived in connection with near- or clinical death.  I write these words because I think they offer needed fresh perspective that needs to be expanded and accelerated with urgency (Coffey, 2007).  If the words in this essay should nudge the debate however slightly to a bit less leisurely pace, then  the effort is worthwhile.  At minimum, the following explores a perspective I have not seen discussed in the NDE literature.

Where is the common ground, if any, from which skeptics and proponents might move forward in more productive accord?

All concerned may agree that scientific method should “guide” objective discussion of whether NDE-based perceptions are real and whether a supra-normal reality is indicated by them.  Consistently employing a rational scientifically-accepted methodology lends desirable respectability in attempts to understand and explain the patently non-material perceptions associated with NDEs.  Doing so is also prudent, for even the courts have ruled that supernatural “beliefs” may not be claimed as “science” unless they can be tested by the methods of science.  Many persons who care sincerely about NDE research have invested much in scientific method, hence consideration of the method itself is in order.

Evolved over three hundred years since the Enlightenment, the standard model of scientific method employs a few sequential elements more or less as follows:  1) carefully observe evident phenomena and with equal care record what is observed; 2) then, by interpreting the accumulated record of observations, formulate (i.e., imagine) an hypothesis that is rationally based on the observations and interpretation; 3) make a prediction(s) based on the hypothesis; and 4) conduct an experiment(s), that others can repeat, designed to test the prediction in hope of upholding or disproving the hypothesis.  Note that a scientific hypothesis is never “proved” – a thousand experiments may “uphold” it, but a single contrary case can “disprove” it.

Though seldom mentioned, note also how prominently “interpretation” and “imagination” reside, as any good scientist will affirm, within the very heart of scientific method.  An equally central feature, also seldom mentioned and taken for granted, is “logical inference” in the process of interpreting.  We infer what “must be so” from the apparent nature of what we have observed, though hard experience leaves no doubt what may be apparently so is not necessarily so. These interpretive, imaginative and inferential aspects of scientific method seem to me to be especially relevant where NDE research is concerned.

Many of the greatest advances in human understanding have occurred when some widely believed “certain knowledge” was overturned by eventual discovery that what was long held to be true had in fact originated based on quite mistaken inferences or interpretations (e.g., Ptolemy’s spheres surrounding the earth; the aether of space; atoms as miniature solar systems – all wrong).  Believers and doubters would both do well to reconsider their certainties before pronouncing for, or against, the nature of NDEs and associated phenomena.

Charles Darwin’s notes from his journeys on the Beagle constitute a wonderful example of scientific method’s Step One, observing and recording evident phenomena.  The nearest NDE-related equivalent is carefully recording the words of an NDE experiencer who evidently is trying to report, as accurately as possible, personal memories of the event.  But there is a difference.

Darwin could peer intently at a beak, then look even closer under a microscope.  Anyone could repeat his observations, thus his notes represent “public” knowledge that is inherently objective.  In contrast, the person recording an NDE report cannot go inside the head of the experiencer for an objective, replicable look.  Memory of the event is exclusive to the experiencer – it represents what science calls “first-person” knowledge which, being exclusively private, is inherently subjective.  The recorder can hear the experiencer’s story but, unable to personally verify it, can at best only choose to believe or not believe it according to personal inclination.  Faith or doubt.  This is a major difficulty inherent in attempts to explore NDEs using standard scientific method.

Step Two, formulating (imagining) an hypothesis rationally based on observations and interpretation of those observations, is well exemplified by the biological evolution theory that Darwin’s observations cumulatively suggested to his imagination.  Here too, formulating an NDE-related equivalent is difficult.  How can one construct a scientifically credible hypothesis based on the database of subjective, non-verifiable, private observations whose reality cannot be “known” by anyone other than the experiencers who reported them?

On the other hand, how can any truly open minded researcher offhandedly decline to consider, as some do, an accumulated database of thousands of NDE reports—guilelessly, often reluctantly, related—which in aggregate say with great consistency that reality consists of a good deal more than our five “acknowledged” senses can sense?  As empirical evidence, the sheer quantity of these reports alone is compellingly impressive.  Scientific theories have achieved prominence on much lesser quantity of evidence.  What does this great body of accumulated reports suggest to our rational imaginations?

“Hard” science is full of precedents.  For example, if rational, interpreting, imaginative science has (after a long, slow buildup) inferred, tested and finally demonstrated convincingly that our world of apparently “solid” objects actually consists of consummately non-solid subatomic “energy” in the form of quarks, wave-particles and force fields that our senses cannot directly sense, who shall gainsay other non-material aspects of reality that are indicated by such a significant body of NDE reports? How can NDE research be based on the aggregate of all those sincere but private reports in a way that is scientifically valid, scientifically acceptable?

NDE researchers’ best-known attempts to surmount these difficulties have focused on veridical report features that could be independently verified, such as what nurses and doctors did and said while the patient was unquestionably unconscious or clinically dead.  Probably the most objective attempts at veridical observation to date—placing symbols above eye level in medical ERs with good prospect of NDE occurrence—have so far produced essentially nothing at all.  Rationalizations that even negative outcomes are useful convey little satisfaction and no real advance in understanding.  Even the seemingly most believable NDE incidents, such as [PUT IN NOTES] Pam Reynolds’ report and the shoe on the ledge, are pushed into doubt by analytically capable skeptics (Augustine, 2007).  So if objective observation that could lead to acceptable hypothesizing about NDEs is not feasible under current approaches using standard scientific method, is there an alternative?

Part 2 pending in one week