As John Maynard Keynes wrote in the conclusion to his General Theory of Employment, Interest and Money, “The ideas of economists and political philosophers, both when they are right and when they are wrong, are more powerful than is commonly understood. Indeed, the world is ruled by little else.”  Throughout history, bad economic ideas have led to misery for millions, while  good economic ideas have been fundamental to prosperity.

– Eric Beinhocker, The Origin of Wealth 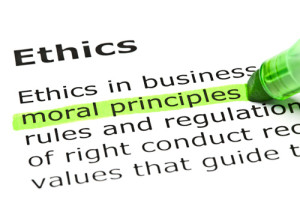 After thoroughly jarring my sensibilities with his permanent fix rule, Elmore plunged on, relentlessly determined to share enlightenment on other aspects of the problem that likely would not otherwise have occurred to me – or, I suspect, to most people. His well developed ideas concerned what economists call “throughput,” a concept on which he several times strove to improve my poor education. In consequence, as with Gambling School’s three rules, I was made to think in ways I had not previously thought.

Elmore pointed out the obvious though largely unnoticed logic of it. No matter how many white-collar felons are sent to Poverty School and Gambling School, the supply of new first-time arrivals never seems to diminish. It’s as if there were a pipeline continually dumping felonious new recruits into the justice system. “So,” asked Elmore, bulging his eyes at me, “where do they come from? Whence do they enter the pipeline in the first place?” Without pause he answered himself.

“Many bright new graduates in business, law and economics, characteristically having not matured much beyond their childhood “ME” stage and responding to their innate mindsets, are constantly drawn to high-finance fields of endeavor which are intrinsically acquisitive, selfish, devoid of empathy, and require inborn gambling genes (nature) or development of gambling skills (nurture), or both. Such fields, Elmore reminded me, include corporate governance, stock trading, hedge funds, big insurance, leveraged buyouts and hostile takeovers, massive workforce layoffs, up-pricing and re-up-pricing of corporate pharmaceuticals, and suchlike. Once hired, and being bright, these bright boys (males predominate of course) quickly learn how the system works. Soon thereafter, inevitably, they encounter temptation to game the system that feeds them.”

What we’re really talking about here is that [idiot deleted][name deleted] who raised the price of the life-saving drug Daraprim from $13.50 a pill to $750, because, and I quote, he “needs to start making a profit.” A 5,455 percent increase, which if applied to onions would make a side of rings about three grand.

“And then – depending on how thoroughly they are seduced by sweet temptation – a surprisingly high percentage are turned into felons who enter the pipeline that flows eventually to Poverty School, or Gambling School, or both in that order. Hence, even if the schools effectively reduce recidivism to near zero, as indeed they do, the pipeline’s throughput of new financial-speculation/manipulation felons keeps both schools full.

“The facts leaving no doubt such a pipeline exists, the question then becomes,” Elmore ventured, “how can one install a faucet and turn the damn thing off? How can we as a society eliminate such chronic wrongness?”

The answer, he impressed upon me, requires that we address both parts of the problem, for indeed – he explained at some length – it has two parts: 1) a system part and 2) a vehicle part. The system part, Elmore said, is so-called “free market” capitalism – in particular, the unregulated variety which invariably tends toward monopoly, thereby to squelch the free markets from which it takes its name. The vehicle part is a unique human invention of an exquisitely tiny sliver of human history over, roughly, the most recent three hundred years. It’s called a “corporation.”

This rapacious price gouge followed in the carnivorous footsteps of [corporate name deleted], which developed a drug called Sovaldi, a treatment for Hepatitus C. The treatment regimen consists of eighty-four pills. Each one costing $1,000. That’s right. $84,000. But then you’re cured. After all, how much is your life worth? Half of what you own? Everything? Your first born?

Elmore explained how – like those rooting hogs who root because it’s what they do – neither the capitalist system nor the corporate vehicle is inherently to blame for “the never-ending abuses to which they are put by the individuals who run and control them, and who possess, for whatever reasons, acquisitive exploitive non-empathetic mindsets.” He emphasized each syllable. “So far in human evolution,” declared Elmore, “no one has found a way – or even much tried – to reduce the incidence of such incipiently harmful mindsets. Once unleashed, such mindsets lead to – guess what! – non-empathetic exploitive acquisition – invariably at the expense of other people who can be said to be harmed thereby.” He was on a roll.

“Capitalism and corporations don’t have mindsets,” said Elmore, raising his voice and sticking out his chin, “people do! The inanimate capitalist “system” and its equally inanimate vehicle “the corporation” are not to blame for the actions of the real live people who animate those inanimate things. That’s like blaming the inanimate institution of “the church” for the wrongdoings of priests and preachers, or the inanimate concept of “the Congress” for the overweening stupidity of senators and congressmen who have brought it down to its presently-loathsome reputation, or your inanimate sewer system for what flows through it. You see the analogy.

“A corporation,” roared Elmore, “is not a person! It’s an inanimate thing – nothing more than an idea – which over the centuries has been molded and much refined to serve the non-empathetic exploitive acquisitive mindsets of the individuals who animate modern corporations and capitalism. And it is real living persons who hold those dumbass mindsets!” He gulped for breath and went on.

“Such regrettably self-serving mindsets can be ‘cured,’ as the Poverty and Gambling schools demonstrate, but seemingly cannot be prevented from occurring in the first place. The best that can be done, at the present quite limited advance of human spiritual evolution, is to cramp the style of the evolved human institutions which allow, even encourage, such non-empathetic exploitive acquisitive mindsets to develop and then devote themselves to Serving Self rather than the Common Good of their fellow man.

“How to cramp their style? How to alter, in a way ensured beneficial for the  American peoples’ common public good, those well oiled machines of rampant extreme capitalism, those untrammeled racing chariots driven by corporate go-getter boys now entrenched for over three centuries? How to ensure that the system’s few features which actually benefit the common good – such as reasonable price-restraining competition – are not thrown out along with the dirty bath water of greed, exploitation, speculation, extreme inequality in distribution of wealth, mass exporting of American jobs, and the other dozens of abuses and insults which arise, oh-so naturally, with capitalism and its corporations because that’s what they do?” Elmore paused, visibly breathed, and glared off into space.

Something new – the discontinuity

Truth be told, no corrective measure anybody could think of was ever able to make much of a dent in the pipeline’s throughput of new financial felons entering Poverty School and Gambling School. They just kept coming – along with not a few corrupted ex-politicians who had gone to work as lobbyists for the big-money MEGACORPS that previously funded their reelection campaigns. Throughput – they just kept coming…

…until it dawned on us to stop obsessing about the symptoms and go for the cause. We realized – finally at long last – that we had to redesign the structure of capitalism itself. Capitalism – that obsolete old scheme invented centuries ago by our scheming European ancestors who raised Campaign Money from rich investors to finance explorations to the New World, so they could invade and claim its “unused lands”  like Joshua claiming the Holy Land, displace its native peoples, exploit its gold and eternal-youth springs, ship home the infinite hides and infinite timber from its slaughtered wildlife and ancient-growth forests, and get rich quick even after paying off the investors who stayed comfortably at home in Europe and didn’t have to work at all for their gains –very much the same as modern stockholders still do it. This self serving system has definitely stood the test of time and who’s even thinking about options, much less third options?

We finally understood that the only way to redirect the nation’s course in ways that would be beneficial for All The People was to replace the entire capitalistic and corporate structure with something better, something more sensible, something humane. Something designed to serve Others as well as Self. As to that, several viable options became apparent as soon as we got past the biggest hurdle of all – simply recognizing that mega-corporate predatory capitalism was not the only way things could be done. And we realized that we needed – must have – quite major change, major innovation of the kind the American people have always been so good at. No example of human innovation will ever beat the record of what we as a people accomplished between 1941 and 1945.

Doing nothing certainly was no longer an option because capitalism, its corporations and the materialist mindset they promoted were slowly, steadily, ruining our country – our country, which is Us, The People. Like a corporation, which in reality is only an idea, a country is just an idea. It takes real people to animate an idea, make it come alive. The real country is us – the real people. And We The People needed to create a discontinuity.

We knew we needed major change in a whole new direction. A new and different kind of economic system using new and different vehicles was necessary because no amount of tinkering large or small – not Glass-Steagall, certainly not Dodd-Frank – ever succeeded in diverting that juggernaut capitalistic system from its natural course over the long run. Its natural course was speculating, betting on and manipulating the stock market, gaming the system – GAMBLING, let’s call it what it is – which led inevitably and consistently to stock market bubbles, stock market crashes, loss of ordinary Americans’ homes and savings and pension plans, extremes of income inequality, chronic and increasing poverty, civil strife by those pushed too far – and the inevitable abuses which throughput endless thousands of bright minds young and old into Poverty school and Gambling School for making trouble where there was no trouble. Capitalism – that’s what it does.

Our philosophical approach was “corrective” – to correct that which has gone wrong.

Our tool of change was the CaFMaC Act, the principle legislation of The New IDeal.