The integration into one global economy gives us only one chance to see if the system works – we cannot learn from our mistakes.
– Herman Daly and Joshua Farley, Ecological Economics 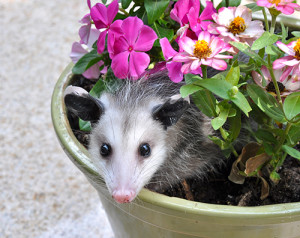 MARKETS (supplying our own demand)

Plain English for the Voting Citizen: 1) Our own national marketplace of 320 million Americans – the world’s third largest and rising fast – is the market in which our American co-ops will sell our own American-made products to our own American consumers. That’s plenty, we don’t need the rest of the world to sell to. 2) Our own home grown demand for the staples of daily living is more than enough to provide good jobs for all Americans able to work without importing a single manufactured product from any other country. 3) With American workers at last being paid a fair and reasonable Living Wage, all 320 million of us can afford to buy our own products that we all mutually need. America is naturally self sufficient, we’ve just been ignoring that obvious fact by allowing corporate greed to rule us. 4) With no seller allowed to control more than five percent of the American marketplace, our American co-ops can focus their competitive energy on locally supplying the goods and services locally needed by all 320 million of us. Buy local and sell local:  this eliminates all those big transportation costs added on to ship our products all over the world and import their products back here – what nonsense! – buying and selling abroad just got a hell of a downgrading.

The Congressional blather version:                The Congress, on behalf of The People of the United States, hereby directs that the primary and predominant marketplace for all NIPS co-ops operating in these United States shall be the population of the United States, its territories and possessions, inasmuch as our own internal market consisting of ourselves is the world’s third-largest marketplace, now at over three hundred twenty million (320,000,000) people and rising fast to well above a projected four hundred million (400,000,000) by the year 2050 – and that is big enough. Supplying our own demand is more than adequate to ensure all the jobs needed by our own people, by simply focusing on producing all the staples we ourselves need instead of importing them and worsening our foreign trade balance, given that all American jobs shall pay at least a Living Wage as required by this Act so that our own American workers can afford to buy our own American goods and services.

Operating within the constraints engendered by the Five Percent (5%) Rule, every NIPS co-op chartered in the United States shall place its highest priority on serving the population in local and regional geographic proximity to its facilities, and shall place lesser priority on serving more distant areas of the United States other than well regulated exceptions as may be ruled essential to the national interest by the National Interest Advisory Council (NIAC) created by this Act. NIPS co-ops shall place similarly high priority on purchasing their input resources maximally from local and regional sources.

Plain English for the Voting Citizen: 1) A new Cooperatives Bank of America will help co-ops plan for how best to meet local product needs and will financially help them to do so. 2) Heavy-lifter dirigibles will be quickly developed to revolutionize American industrial transportation, drastically reduce its costs, and even more drastically eliminate a major percentage of carbon dioxide pollution in the USA.

The Congressional blather version:                The Cooperatives Bank of America created by this Act shall present NIPS co-ops with major incentives to supply, with all due speed, all goods and services needed by their own local and regional consumers and buyers, and the incentives shall include and address in detail the production and supply of all foodstuffs, commodities, manufactures, parts, assembly, and other goods and services of every manner and description whatsoever as needed by those local and regional populations. The first and highest priority among such goods and services shall be those for which the United States population has become dependent on foreign suppliers or assemblers including the associated costs of international transport.

Effectively immediately, a top priority of the Department of Transportation (DOT), in fullest collaboration with the Cooperative Research and Technological Development Administration (CRTDA) created by this Act, shall be a National Dirigibles Project (NDP) more fully described elsewhere in this Act. With wartime-priority urgency and intensity, the Department shall cause heavy-lifter dirigibles to be developed and used for industrial-scale transportation throughout the United States, thereby progressively displacing transport aircraft and other very-high-polluting transporters until all are eventually scrapped. With oversight and fullest collaboration by all (meaning all) Executive Branch agencies, the United States industrial and commercial establishments shall adjust production and supply schedules to correlate with the rising quantity of dirigibles coming online in each state, region and subregion, and dirigibles’ delivery speed shall be the new standard for industry and commerce throughout the United States.

Plain English for the Voting Citizen: 1) The federal government will strictly limit imports and exports to those few things we absolutely cannot provide for ourselves but which we must have to ensure United States strategic interests are covered. 2) Any smuggler caught trying to get around this will be damn sorry.

The Congressional blather version:                The Executive Branch shall use all federal government agencies and means at its disposal to minimize and closely regulate 1) imports deemed absolutely essential from any foreign nation(s), 2) exports to any foreign nations, and 3) all other trade and business arrangements of every nature whatsoever between U.S. co-ops and businesses vis-à-vis foreign nations and their business entities, thereby to ensure that United States strategic interests, heretofore grown to near infinity worldwide, are henceforward carefully and narrowly defined, and that such strategic interests are served foremost and continuously in a manner both practical and consistent with the common public interest of our own citizens, with reasonable consideration for the reasonable self interests of other nations and of their citizens. Any person convicted of smuggling, or of evading or attempting to evade such governmental oversight and regulation of imports and exports, shall be sentenced to not less than one year in Gambling School.

Plain English for the Voting Citizen: 1) Congress intends to eliminate our nation’s vulnerability to global financial integration and our dependence on global institutions that care not a hoot for the best interests of any one nation much less its citizens. 2) We have enough consumers to buy everything we can make, and we can make everything our population needs to consume, there-fore it is really pretty stupid to import foreign-made goods we could easily make for ourselves by employing American workers in good jobs paying a living wage here at home in the USA. 3) From now on our children will be taught the meaning of “adequacy” – enough is enough.

The Congressional blather version:  With these three measures it is the intent of Congress to terminate absolutely all U.S. vulnerability to the uncontrollable risks and dependencies inherent to international financial integration of all national economies into one globalized economy as has been deliberately and unwisely pursued since 1980, and to eliminate or greatly reduce avoidable transportation costs built into so many goods and services in pursuit of private profit rather than practicality or common sense on behalf of the common public interest.

It further is the sense of Congress that We, The People of the United States, neither desire nor require that the entire world be a marketplace for foreign sales of our goods and services, inasmuch as we ourselves need pretty much the same goods and services, and have been purchasing them in comparable measure from foreign sellers, which pointless exchange constitutes patent nonsense, and that we as a national people shall henceforth cultivate gratitude for the blessings of adequacy which we already possess in our natural resources and our extraordinary native human talents. Appreciation of adequacy shall henceforward be taught to our children beginning in preschool and continuing through all educational levels as detailed in Sections 91-93 of this Act.

“OH! OH!,” they’ll wail, and wring their uncalloused hands, “you’re advocating ISOLATIONISM!  Mygod!  You must be a throwback, an atavist! You’re not allowed to disengage from the broader world around us, it’s – mygod – it’s not sophisticated! You’re not following – mygaahhd – the natural course of history!”

“Not at all,” you may coolly reply. “I and many others like me – the American majority in fact – are simply choosing a road more positive than the one your megalithic corporations have been leading us down, to their great profit and our needless decline. You may regard our new course as a road which diverges in a yellow wood, and it will make all the difference. We remain,” you may say to these ideological pansies, “fully engaged with the world’s other nations – witness our new Foreign Cooperatives Development Agency (FCDA) – in all arenas except your globalized economic system which sneers at the sovereignty of nations.” Tell them then, as forcefully as you please, “And you’re quite right – we are not following, WE ARE LEADING. You can get on board with the true American future or get left behind, your choice. But the conversation is over – we’ve had it with the road to ruin you’ve been driving us down since 1980. And furthermore,” you may add, “you ain’t seen nothin’ yet.”
– Elmore Bland

Power concedes nothing without a demand. It never did and it never will.
– Frederick Douglass

READERS COMMENT: Your ideas are invited for dealing with the issues addressed in this post. These posts attempt to present new perspectives – THIRD OPTIONS – to move beyond the conservative-liberal divide that is so poisoning our national sense of shared community. New and wiser options are always available to make life in America better for all the people. What are yours?  Be concise, use up to 200 words. Have a swell day.