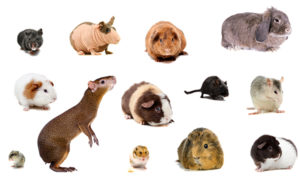 A little background on how evolution produces so very many different kinds of living things is necessary to the creation story as told by science. Since the story of unfolding life happens in much less time than Long Evolution’s story of the unfolding universe, within which life is but a subset, we may think of life’s unfolding as “Fast” Evolution. Only four billion years as compared to nearly fourteen billion—quite a speedup. As you’ll soon see, each major “phase” of evolution gets faster. In the last chapter we looked at evolving cosmic self-organization, and how it steadily emerges toward ever-greater, upward-trending complexity, all driven by gravity in the foreground—and perhaps a Godly Algorithm in the background. Now, without any noticeable break (nature has few noticeable breaks), we flow right on into the evolving self-organization of life.

Like everything else, life is emerging toward ever-greater and upward-trending complexity—except that it’s now driven by a more refined sort of self-organizing process called natural selection. As typically taught in biology classes, the part about natural selection of plants and animals that are best adapted to their constantly changing environments barely scratches the surface of the great subject of evolution, especially the speciation part. This major deficiency in teaching basic truths to our children rather helps explain why so very many remain so grievously uninformed about the miracle of evolution after they grow up. Sectarian schools in their closed-ness don’t even teach it at all. Here it is in a nutshell, impossible to be ignored by any person willing to look.

It is springtime on the island. A crop of new baby birds hatches out as usual. The ever-changing environment into which they are born happens, by sheer chance, to experience an unusual drought in their very first year of life. The round little red seeds their species mostly lives on are in short supply that summer and fall. Many of their feather become malnourished, quite a few grow so weak that they die before they can reproduce.

Also by sheer chance, one of the baby birds bears a mutation within its DNA which, oddly enough, does not cause it to die, as usually happens. Instead, it gives the baby bird a slightly narrow, pointy beak. The other little birds, with their stout little wide beaks, think the new baby looks odd. Squeak Beak, they call him, derisively, uncaring that their jeers hurt the little fellow’s feelings. But justice works in odd ways. As they slowly starve for lack of round little red seeds, they observe Squeak Beak getting fatter and robust.

By sheer chance, a new invasive plant floated in and invaded the island last year, and it spread like—well, like unloved plants typically do everywhere. This new plant produces nutritious little green seeds in plenty, but they’re hard to get at. These seeds are encased in a hard little pod that, when mature, splits open along narrow little vertical cracks just barely wide enough to let the little green seeds fall out. They’re slow to fall out, so they are quite fully matured before finally doing so. And they’re very nutritious.

As it happens, Squeak Beak’s odd little mutated beak is just narrow enough to fit nicely into the cracks in the green seed pods. He has a field day—the new diet is delicious. He grows robust and healthy from daily plenty of the green seeds while his peers are dying off, because he has the only beak in town that can reach through the narrow cracks to get to the seeds. With little competition for the surviving girl birds, Squeak Beak has his way with all of them, and gloats. In due course some dozens of new baby birds hatch out on the island. Nearly all have cute little narrow beaks. They all adore the luscious little narrow green seeds which grow in such plenty everywhere on the island now, not to mention those fat round red seeds which come roaring back when the drought ends and the rains return. These narrow-beaked babes are the new normal. Come next season, their children will adore both red and green seeds too. They have been naturally selected, the fittest to survive (in the narrow view of things). Life on the island has evolved.

Meanwhile, also by chance, a shipwreck releases several old-world rats onto the island—the first rats ever to inhabit it. The rats learn quickly—not to worry—there’s plenty of food around here. Those red seeds aren’t bad, and there’s plenty of those tasty little green seeds which are a tad hard to get out of their hard shell but can be got out if you want to bother. Best of all, there’s all these delicious song birds with little narrow beaks…

If you’d like to read the full context of this portentous story I recommend Jonathan Weiner’s wonderful little book The Beak of the Finch (Vintage Books, 1995). Squeak Beak’s interesting adventure in natural selection also embodies a basic principle of life which may be described thus. Living creatures become naturally “selected” to survive long enough to reproduce (meaning they make it while others don’t) when the physical and mental characteristics with which they were born are better able to accommodate changes in their environment than are others of their kind which lack such particular adaptive characteristics. A very small nuance of difference in bodily characteristics, such as beak width, can give one individual a decisive advantage over others of its kind, and even a very slight advantage can make the difference as to whether one survives an environmental change and another does not.

There is of course a great deal more to biological evolution and speciation than the small accidents that attend DNA transmission, as must be understood by anyone who has read the sound symbiotic reasoning of Lynn Margulis, James Lovelock and many like minded colleagues. But for now it is enough that the point of the beak be understood. No creature has any say about its personal features that convey survival advantage or disadvantage, for these features are handed down, by sheer chance, from 1) the combined DNA of the creature’s parents, whoever they may be, and 2) whether the two parental DNAs chance to combine properly, or not. There’s also a third possibility:  With bad luck, lethal cosmic rays arriving from outer space, not to mention the X-ray machine down the hall, can accidentally change a few important details in a creature’s DNA—even creatures such as  you and me. It all means this:  When the environment within which a creature resides changes in some way, whether or not the creature is equipped to adapt to the change, and survive, is usually luck of the draw …unless some other factor is perhaps involved…

Who begat whom? In the Biblical Old Testament are found many verses that claim to document dozens of  generations from the magical Adam on down to… somewhere within that alleged, preposterous, six-thousand-year life of the earth myth. For example:

There’s quite a lot more like this. These generations of ancient Hebrews have been painstakingly stitched together into a semblance of Levantine human chronology purported to sustain a child-like believers’ “proof” that planet earth is a mere six thousand years old. This lame fairy tale of the faith-determined pales to the insignificance it deserves beside the begats laid down by the scientifically demonstrable and genuinely awe-inspiring features of Evolution, Self-organization, Emergence and Rising Complexity that have transpired—as the true miracles they are—over billions and billions of “years,” as the temporal length of “a year” happens to be measured at this particular time in the long history of planet earth’s contracting orbits around its parent sun. And that is a true begat.

The Biblically reported longest-lived man, Methuselah, is said to have reached a ripe old nine hundred and sixty nine years. Imagine. In contrast, the “generations” of evolution, measured as the time over which a species comes into existence, evolves and transforms into different species, are commonly measured in millions of years—though, as Squeak Beak shows us, a significant change can occur quickly over a single season, from one generation to the next. And too, some species just evolve faster than others. Certain insects may evolve over weeks or even days. Some bacteria can do it by the day every day, such as those many bacteria now grown immune to penicillin because livestock dealers cram so much penicillin into hogs and cattle in their final weeks of life to keep them artificially alive and suffering long enough to cram them full of distillery sludge and non-nutritious corn to fatten them ferociously fast so they’ll weigh more, and thus bring in more profit$, when $laughtered for the meat-consumer$ market.

We are concerned here not with the small short-term changes, such as beaks, but with the bigger picture whereby whole species change into whole other different species. After high school this picture is seldom intelligently presented to intelligent people who might otherwise become actually interested in better understanding biological evolution. Natural speciation is precisely where most arguments are directed by those who to their lifelong detriment choose to disbelieve the reality of evolution. The deeply religious person who vehemently declares “I don’t believe Man came from monkeys” should not be trivialized or simply dismissed, for the very statement—missing the whole point as it does—self evidently reveals such grievous and complete absence of understanding in this important area of accumulated human knowledge that we are all harmed by its ignorance.

Ignorance of evolution, compounded by narrow or closed mindsets on the subject, educationally disables a disgracefully large segment of the United States population. How then can we expect them to value, much less rise to consensus on, getting back together for The Lesson’s return boat trip versus the superficial attraction of mansions and silver baubles all free for the taking? Where even a single one of us lacks knowledge and understanding, we are all held back. Our genius potential is truly divine, but we are missing the boat—it’s still sitting over on the far shore, waiting for them all to learn The Lesson and stop valuing their useless vanity-feeding mansions filled with stuff.

The evolutionary descriptions most commonly seen, when the subject of evolution is popularly seen at all, typically include a simplistically brief summary description of evolutionary mechanics, perhaps accompanied by a “tree” of life” graphic—the whole leaving the learner barely informed if not justifiably unconvinced. Truly understanding biological evolution is often elusive unless the learner is enabled to develop a tangible “feel” for the unfolding drama of a continuum that is never-ending—plus some details on how each and every species is but a transient, passing segment of the continuum. Just like us humans.  Every last one of us alive is but a temporary work in transition from the different species out of which we emerged toward the different future species we are evolving to become and, in time to come, most certainly will.

As a deeply embedded component of that mighty evolutionary continuum—its latest small but upward increment—how can we mortals possibly know where we should be going if we don’t even understand where we are now, much less where we came from? Having discussed several options on how life may have originated, and explored the pre-Cambrian phase of life’s evolution on earth, let’s now emerge up into the next phase.