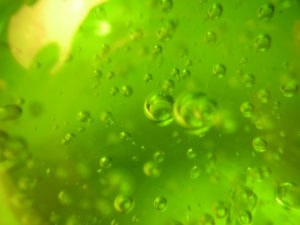 Evolution began with the instant of the big bang. It was all Energy, that and nothing more. Immediately the plasma energy began evolving into particles. Following soon came atoms and cosmic dust clouds, galaxies, stars and planets, comets, meteors and moons. After a while evolution directed some of the energy into a second phase—a repeating condition called life. It kept the life evolving from one first microscopic living thing into multi-celled living things, and then complex things with diverse organs, backbones, wings, thumbs and volition—and so here we are. It’s all quite a story.

Our exploration of evolution continues with this second context, the one wherein life evolves. “Context” is not well understood in the subject of evolution, which is poorly understood to begin with. This telling accordingly emphasizes some background context, and its great significance, before proceeding into a brief history of life’s evolution per se. That’s the easy part—i.e., the simplistic image of a “tree of life” or, popularly, a long line of creatures from microbes and worms on the left end ascending to knuckle-dragging pseudo-apes and tall humans striding nobly to the right. The hard part is all context.

Every plant and animal can die, and sooner or later does so regardless whether it has reproduced itself during its window of opportunity. This dying property distinguishes living plants and animals from non-living elements, minerals and rocks, which cannot die even though they may weather and chemically degrade away over time. In both cases, the constituent atoms are quite unaffected by life or death. When a material construct dies, rock or body, its component atoms meander on their way to eventually join up as part of some other temporary material construct—perhaps another body, or a rock, or a star.

Though dying may terminate a particular line of living tissue that has been handed down through millions of generations from an unknown ancient first life, a particular dying does not terminate life itself. Many other living-tissue lines go right on. In evolution’s ceaseless continuum, the children of individual plants and animals go on, reproducing again and again in unending fullness everywhere on the earth. The late dinosaur kingdom is a large-scale example—the sudden extinction of these great beasts merely opened up a huge environmental empty space for mammals to move into and multiply fruitfully. Life itself (as found on planet earth) will not completely end until biosphere and earth itself perish in long evolution’s cosmic scheme of things.

And that is what we’re concerned with here—life itself. The ongoing evolution of life is a continuation, a second phase, of the evolution of the universe before it which was the first phase. Both phases evidence comparable basic properties, but life evolution evidences additional properties above and beyond those found in the non-living first phase.

Some properties of life

These are the context. All the rest is details.

When did life first evolve on earth?

Our current educated best guess is about 3.5 billion years ago (BYA), a little more than ten billion years after the big bang. Recalling that the earth is about 4.5 billion years old, recent chipping away at some very old rocks has raised speculation that life might even have been underway as early as four billion years ago—virtually as soon as earth’s crust solidified and cooled enough to hold some water. We won’t consider that older possibility just yet because so many scientists are of course all queued up to criticize the alleged finding and pontificate on why it couldn’t possibly be so—even though it actually could. Remember, the true odds on being right or wrong are always 50/50.

We surmise that the first self-organized life, with its capacity to reproduce exponentially, got underway and thrived during those three billion Precambrian years. Slowly creeping outward at the edges, it spread itself pretty much all over such oceans and land as then existed on the earth. Those trillions upon trillions of generations of tiny alive things—not-yet-plants and not-yet-animals—were the simple ancestors whose more complex descendants would eventually evolve into the first single-celled organisms. They were, all of them, direct descendants of that first-life molecule thingy. They were, moreover, the simple ancestors from whom we more complex thingies all are descended—as if by a miracle—as if adhering to the guiding parameters of, say, a Godly Algorithm.

At about 2.4 BYA we find the first fossil evidence of bacteria written (unarguably) into the rocks. This represented “upward progress,” because bacteria were far more complex than the simple life forms that preceded them. From those ancient life forms on up to the early humans, most of what we know has been gained by digging up their fossilized bones and, occasionally, softer body parts. Since the remainder of this chapter relies mainly on fossil evidence, we should be clear on what is meant by the term “evidence.”

A fossil is a remnant or trace of an organism, such as a bone, tooth, shell, footprint or leaf imprint, that is left embedded in rock long after the organism died. Hard teeth and shells may survive intact for millions of years without fossilizing, but most soft tissues decay very quickly unless special conditions are present. Fossils typically are created by a process of mineralization in which the soft parts decay, while water seeps into the remaining bones or cavity carrying in minerals that crystallize and harden in the shape of the remains. They aren’t remains, but they faithfully preserve the shape of the vanished remains. Dissolved minerals literally take the place of bones, and occasionally organs, as the water dissolves them while retaining a perfect reproduction of the original shape. Whole skeletons have been preserved in this manner, though bones more typically are found after having been scattered by scavengers.

Other forms of preservation also turn up, as when an insect was trapped and became encased in amber or a mammoth was quick-frozen in ice (several have been found). Much is learned by studying such fossils, as well as imprints of feet, leaves, and worm tracks laid down in ancient mud and preserved by later overlayment of clay or silt. Some of the most intriguing finds of recent times are in northern China where ancient species in transition from flying dinosaurs to feathery birds became fossilized in such detail that the fine details of feathers can be clearly seen. Even ancient bacterial fossils have been found in good enough condition to yield information under a microscope.

How and where did life evolve on earth?

The story of long evolution, first a universe and then life within it, represents grandeur of incomparably vast scale worthy of nothing less than a god. The reality of evolution’s clever and mighty workings—accumulated one tiny action at a time, over zillions of times—exceeds by uncountable orders of magnitude any fictional story we puny mortals might try to invent to account for it all. Evolution’s work is wonderful beyond words.

But there is another version, the Genesis version. It requires not fossils but faith—the unquestioning faith “as of a little child.” And it unavoidably requires belief that God went to the bother of creating all those trillions of suggestive fossils, large and small, then deliberately strew them around out there in the top kilometer of the earth’s crust for the sole purpose of deceiving us gullible small children into thinking the earth might be more than six thousand years old, as can be deduced from carefully reading The Book. Fossils misleadingly strewn by a deceitful god? But why not?—God can do anything, right?

With a six-thousand-year time limit, Genesis leaves much to be ignored. Did God create moraines and great lakes so we would be misled into thinking they were left by the great continental glaciers as they melted a full 12,000 years ago? Did God, ever deceptive, take the time during His seven over busy earth-length days to bury a large meteoroid on the coast of Yucatan so that we, childish minds that we are, would think its impact killed the mythical dinosaurs whose fake bones He created and buried around for us to find and, finding them, could use our silly carbon dating machines to erroneously conclude it was a whopping 65 million years ago that the meteoroid killed the dinosaurs? Deception—by God. Think about that. Please, are there any better options?