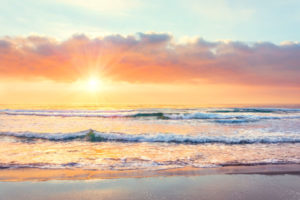 By no means does the complex succumb all at once or quickly—the stages of advancing collapse northward are distinct. As each great chunk of the complex rift system gives way, hundreds more square miles of the surface fracture, break and crumble—until, now more compact, they settle lower down into the earth’s crust. They are all covered as the waters rush in, filling each new lowland as soon as it develops. Within hours—a day or two at most—the enormous added weight collapses each next segment northward. With the New Madrid segments submerged, the cataclysm advances on into the Wabash Valley…and southern Indiana hills become islands. When the Wabash segments have all collapsed and drowned, up beyond Chicago and encompassing much of Lake Michigan, the Midcontinental Rift follows in turn, and then the Great Lakes Tectonic Zone. The beloved lakes’ remaining outlines and salinity are changed forever.

In eastern Canada, running from Lake Huron up through Quebec and on into Labrador, is an old geologic feature known as the Grenville Front. The Front is but one segment of a much longer scar on the earth’s surface. Little known to anyone other than geologists, this very ancient line known as the Grenville Orogenic Belt represents what has been called perhaps the most dramatic collision of continent-sized tectonic plates in the history of planet earth.

Extending in linear fashion with few zigs or zags from southwest to northeast, Grenville has been studied and mapped from Mexico through Texas, across the American heartland to Eastern Michigan, Lake Huron and Ontario on up to Labrador, and thence across the north Atlantic past Scotland and on into northern Scandinavia. In North America, associated outliers reach far underneath Appalachia and over into east Greenland. The “Front” segment which is located just east and northeast of the great lakes is considerably fractured, and the underlying earth crust is thinner than elsewhere.

Piece by piece the collapse advances until failure of the Great Lakes zone brings this new North American rift into contact with the Grenville Front. With accumulated momentum, it is no contest. Even the Canadian Shield’s hard old igneous pre-Cambrian rock cannot stop the cascade from advancing through the Shield’s narrow waist just north of Lake Superior and on into Hudson Bay. The chain collapse of such a massive interconnected rift system is beyond any conceivable precedent, beyond human imaginations. Such massive earthquakes have never been seen or heard of since humans began recording their history. That ancient Noah’s-flood story is displaced by this all-too-real New Flood.

The Great North American Rift Valley has been born, and it will endure for millions of years. Unlike northeast Africa’s Great Rift Valley, this one is filled with salt water. Its new current flow is from south to north.

Accompanying the calamity, other unexpected phenomena play out. To the southwest, much of the eastern half of Texas collapses and drowns even before the Wabash collapse and advancing waters have completed their northward progression. Speculations after the fact focus on super-porous geology—i.e., this large region, though outside the fault zone, succumbed because of widespread weakening of the rock substrata by so many decades of hydraulic fracturing, making east Texas perhaps the most fracked place on earth. Totally fracked, as they say.

In today’s economic reality, whether wastewater injection should continue is off the table. Researchers at Stanford University have mapped the natural geologic stresses throughout Oklahoma and Texas and discovered that… faults oriented in a certain direction, relative to natural tectonic stresses in the ground, are the ones most primed to become active. Faults that are critically stressed—that is, under enough natural force coming from just the right directions—may require a surprisingly small amount of additional force to rupture. That pressure can be as little as a few pounds per square inch.

In times past, desirous of countering widespread criticism of fracking, spokesmen for the old natural gas and oil industries long insisted that fracking had been routinely applied since the 1960s to ninety percent of the hundreds of wells in the region. And they were quite right. Contrary to their rationalizations, however, the massive fracturing of so very much subterranean rock over so many decades, up to depths of two miles and that much more laterally across eastern Texas, in combination with the colossal growing weight of water in the adjacent Mississippi estuary, is credited with causing the east Texas collapse. In 2220 neither the industry nor its lobbyists and sycophants are alive to face survivors.

At length, the waters cover the North American aulacogen and much more. The collapse has taken but a few short days to complete. Aftershocks continue for twenty five years, a brief instant geologically. A new generation of human descendants does not care whether fracking or warmed seas caused this fast evolution of North American topography. Very soon their children are forgetting that it evolved at all, for it’s all they’ve known.

And in any case, for many years from 2220 on, human attention is preoccupied with adapting to the old nation’s division by this expansive new “inland” sea—which isn’t really inland at all, as it now is the aquatic divide between the two string bean continents that used to be the east and west portions of that old North America. A surviving U.S. government, no longer situated in swampy, fast submerging Washington, pragmatically adapts its governance over remaining lands between the new sea and the Atlantic coast.

And to the west, to no one’s surprise, California leads a coalition of state and provincial governments in establishing hegemony over the great landmass between the Pacific coast and the new sea’s western shore. From Alaska southward, the Canadian provinces, western states and much of Mexico presently join the coalition, all designing their new federal nationhood. Their new joint constitution will have surprisingly few changes from that of the much reduced United States (the late unlamented Electoral College being a prominent exception).

With both descendant nations still in survival mode, there is surprisingly little political argument over these practical responses to the new geographic exigencies. All of eastern Canada quickly evolves into the large and prosperous new nation called Quebec. Most amazing of all, these changes occur without armed conflict, except for two former residents of western Kentucky, one of whom kills the other and seizes the fertile farmland both had claimed atop scenic bluffs overlooking the new coastline. In this new beginning, they are remembered chiefly because their names were George Kane and John Able.

In perspective of geologic time, these changes are fast evolution indeed. But by around 2250—less than two human generations later—all has settled down and become the new normal. That great old Father of Waters called Mississippi is a legend to the young, who will never experience it. Their very real experience is of blue ocean waters that lay calmly over a vast stretch of the former central plains northward as far as Saskatchewan and Alberta, far on up into Manitoba and Ontario.

Above the drowned old Minneapolis-St. Paul, over the submerged Red River, thence across Lake Winnepeg and up the old Nelson River valley, the new waters flow freely from old Gulf of Mexico up into old Hudson Bay. From the sea’s equatorial south, warmed currents flow northward and change both climate and agriculture clear to the Arctic Circle. Ocean currents are permanently altered around the world. Though global warming has caused disruptions across the earth, none equals the changes in North America. Its surviving parts come to be called “the twin continents.”

As if in recompense, climate in the new Americas returns to blue-sky mild and pleasant around the new sea—and few people are any longer aware of the reduced and declining measure of carbon dioxide remaining in the air. This sea isn’t terribly deep by world standards, but the old Gateway Arch, if it still stood, would no longer be visible. In the way of ever-evolving human language, people call it M’sippisea—an old Indian word, the children tell younger siblings, and theirs is the historical memory that will endure. Despite the horrendous changes it once wrought on that segment of humanity known as Americans, few adults and no children at all perceive it as merely the most recent—coincidentally rapid—development in the long evolution of the earth. It just is.

Thus in twain divided forever that lost old America land, the very earth itself acting out in affirmation that terrible dividing which began in the hateful mindsets of men when they sought to divide and conquer, to prevail and control regardless of cost to fellowship and feeling of community. Serving self, they sought to gather in to themselves all the wealth and all the power over others, over their fellow humanity, when they cleaved—yes, when with uncaring and selfish denial of their brothership and sistership, they despised each the other and ignored in wanton abandonment the unconditional endless love in which God’s evolution had fashioned them and their very inner selves from his love, which also made Sun and World to endure.

By 2320, after three hundred years, M’sippisea has been an accepted feature of life in the twin North Americas for a century. People born after the cataclysm have no memory of those violent birthing days, and the most senior elders who did remember have long since died away. Now there are new elders, and they live a lifestyle far different than that of their recent ancestors. Like those pre-Columbian native Americans and their living descendants, these new elders are close to nature, knowing themselves integral with it. No one much remembers those old broken treaties and stolen lands and reservations.

From birth The People are naturally adapted to the rhythms of natural earth processes. They understand themselves at one with nature, because the natural earth that sustains them is one of the endless manifestations of God and God is everything so nature thus is everything on earth, including themselves. Natural stewardship of plant life and animals is the cultural norm, and especially loving care is taken of those beasts which provide so much of the working power in their scattered communities, such necessary augmentation of their precious manmade technological power. The people and the animals exist in respectful symbiosis with the natural world, and God indeed is everywhere.

Around the sea’s edges, the surface rifts and gullies left by The Great Quake have mostly filled in or turned to stream beds. The new generations know only that M’sippisea has always been there, remembered since their childhood, beloved for its inviting beautiful blue waters in which to swim, fish, go sailing and be joyful in their robust health and wellbeing.

That’s how M’sippisea felt in my dream.

This season is in the shadow of climate change. I feel like I’m a member of a civilization that cannot awaken to the challenges that threaten to destroy it. One of the ways to awaken [people] is to give a dream of what the future could be if we use our science and technology with wisdom and foresight and begin to think in the timescales of science. Not the next balance sheet, the next quarter, the next election, but 1,000 years from now. What will it be like?