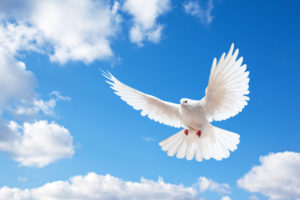 This dream had three phases: a secret apartment, a street scene and tunnel, and an escape.

Phase 1. Events leading up to World War Two are underway in Germany. I am a German citizen and a member of a resistance group—amateur guerillas trying to oppose Hitler and the Nazis. I am a lesser member of the group, physically of slight stature and mousy, unremarkable appearance. We are all very young.

We have a hideout. It is a long narrow apartment secretly built in behind regular apartments in one of those long blocks of solid row-house fronts so common in many German cities. Entered through a nondescript and secret low door, a narrow corridor leads back into the apartment. It nominally belongs to one of the two young women in our group, but is regularly used as a sleepover and hideaway by several of our tough young men. In the dream I feel jealous of them and the mutual attentions they share with one of the young woman, a vivacious dark-haired beauty. I am secretly enamored of her. If she even notices my hopeless attraction she does not reciprocate, and I suspect the guys make jokes about me.

Phase 2. Several of us have moved out onto the street, on a mission. It is a bright sunlit afternoon, the weather somewhat cool. We are gathered on a sidewalk near one of those long-block row houses, furtively watching up and down the street to ensure we are not noticed by passersby. We stand beside a tall whitewashed plank fence built across a ten-foot gap between the row houses. The gap exists because a small stream flows through it. Coming from a culvert buried beneath the street and sidewalk, the stream flows on into the gap where it is carried through a large circular tunnel that extends, buried, between the buildings. The tunnel consists of concrete culverts about six feet in diameter, big enough to stand up in, and extends approximately half a mile. Thus encased the whole way, the stream eventually discharges at the tunnel’s end just outside the edge of town.

A closed gate in the center of the plank wall secures the town end of the tunnel. We make our move by quickly slipping through the gate as a group, stepping down about three feet into the shallow flowing stream. Quickly closing the gate behind us, we rapidly make our way through the tunnel toward its far end, a small circle of distant light. Some of our group carry rifles. I am unarmed.

Phase 3. Arriving at the exit, two or three men exit ahead of me. As I emerge from the tunnel mouth, I see them scattering in different directions, an indication of something gone wrong. Running out of the tunnel, I immediately see the cause – a German soldier stands just yards away, facing the tunnel. He is very young, probably not yet 20. He has a rifle and is standing tensely, legs apart, apparently uncertain what to do about the three who have just poured from the tunnel, now running in several directions. At the sight of me he overcomes his indecision. As I run to the right, aiming for a vertical earthen wall about 12 feet high, he points his rifle at me and shouts “Halt!”

Ignoring his order, I run even faster toward the wall. As I reach it I leap onto a steel ladder that is bolted to the wall and climb for my life. Reaching the top, I hear his bolt click into place and, as I vault over onto a grassy plateau, the rifle cracks and stone chips fly as the bullet hits where my body had been an instant ago. I run like hell, certain I can now get safely away before he can catch me. I don’t know where any of the others have gone or whether they evaded him. The dream ends.

Interpretation: Though the dream delivers no clear meaning to me, I do regard it as highly relevant. I was only four years old when the United States was forced into World War II in 1941. But over the next four years I, like all the other children I knew, became well informed about the war and the dire threat it represented to us all. It was a constant sinister background to everything we did. We made our small contributions to the war effort, such as scouring our prairie fields for dried milkweed pods, the silks of which were used to insulate pilots’ flight jackets. We understood that our fathers and uncles were fighting literally for our lives, and some died every day. I grew to loathe and despise Adolf Hitler and the Nazism he and his henchmen represented. I abhorred all the death and mayhem of which they were the direct cause. As a young child I developed a strong concept of unspeakable evil, and Hitler was it. These feelings have lasted my lifetime.

I have what seems to me an odd history of dreaming about the same things multiple times. I mostly don’t remember the details of such dreams, but this particular well remembered dream feels like a continuation of the first. A few years have elapsed;  I am the same person as before, but now a seasoned resistance fighter. This dream too has three phases: a cage in a park, a capture in a factory, and a death scene with a real date.

Phase 1. It is dark night. I am stealthily approaching a small park that lies somewhere in the heart of a German city. The park covers only a block or two, and is bordered by a street that constitutes some kind of boundary between safety, where I am, and greatly increased danger where I’m headed. I cross the street into the park, the danger zone.

I am on a mission to free several of my friends who have been captured by the Nazis. The dark-haired woman is among them. They have been imprisoned in a large open-air steel cage that is placed openly in the center of the park. The reason for this odd arrangement is unexplained in the dream (are they displayed as a public example?). I know only that my friends have been imprisoned there and I must find a way to open the cage door and free them. There are many trees in the park, but they offer little prospect of hiding if I am detected, because all lower limbs have been removed to above head level. There is no undergrowth, the ground is a mowed lawn. Darting from tree to tree, I reach the cage.

It is empty—the door stands open and my friends are gone. I ponder what to do next, for I am alone in dangerous territory. I can try to return the way I came and further risk detection, or take a chance by turning to the right end of the park where there is a large brick factory that might afford concealment. I opt for the factory.

Phase 2. I have just entered the factory building through an unlocked side door. Extending right and left from the door, far in both directions, is a walkway between the outer wall and very large machines of some sort that fill the building’s interior and make a lot of noise. Quickly scanning in both directions, I see people walking in small groups along the walkway. I also see guard desks about every 75 feet, each manned by a guard in Nazi SS uniform.

Perceiving that I have not been noticed by the guards, I fall in behind three people who are passing by, trying to walk normally and appear to belong with them. As we walk it seems to be working—none of the guards has stirred or seemed to notice me. Then, as we approach a guard desk, the guard casually steps out and stands in the middle of the walkway, facing us. He is looking directly at me, and I know I’m undone.

Phase 3. But apparently not. The dream leaves unexplained how I escaped the guard, but places me in equally mortal danger. I am now driving away from the factory, at the wheel of a large, very heavy car—perhaps a Packard—that I have stolen. I am driving up that same boundary street that I earlier crossed on foot into the park. Near the end of the park the street goes up a small rise and ends at a cross street. To the left is the “safer” area I had earlier come from. To the right is a small brick building—a security post guarding this entrance to the factory area. Several uniformed armed guards are around the building.

I turn right. I floorboard the accelerator, picking up speed downslope directly toward the guards. I intend to smash into the building and take out as many of the guards as I can. The dream then goes black, but it is not quite ended. In pitch blackness, a firm strong voice enters my mind telepathically: “On June 30, 1936, they took me out and shot me.” And that is exactly how this dream ended. It awoke me, and I stayed awake quite a while.

Interpretation: I was born July 29, 1937. From what I’ve read about reincarnation, the timing works out and is not untypical where emotions run high and death is traumatic. My interpretation of the previous dream adequately states my emotional aversion to the Nazis and their chiefs. But there is more.

Beginning soon after the war ended and continuing ever since, I have experienced deeply distressing emotional reactions to anything having to do with the Holocaust. Photographs of associated places and events, photos of victims, the writings of victims, even radio news items—all of these can bring me inexplicably to tears. I am not a tearful sort of fellow, but I am full certain I could not bear to visit the Holocaust Museum in Washington, D.C. These unusually strong feelings have remained consistently strong since the end of World War II to the present moment. I don’t know why. I have some Jewish friends, but in this life I myself have never been Jewish. I am grateful that I have had no more Nazi dreams.

In the early 1970s, after months of deep stress and emotional crisis, I had an extraordinary dream involving doves, the pretty bird that symbolizes peace.

My two doves were as large as people, and they were snow white. I call them “my” doves because they saved me. In my dream, as I walked alone on a lonely road, these two great doves swooped down from behind and, in one smooth motion, each grasped me gently by my arms, one on each side. Without the slightest hesitation in the forward motion of their flight, they lifted me “up.” There was no jerk as they picked me up and traveled on—the pickup was smooth as silk, as if we three were a single unit. I remember the glorious feeling of peace and relief as we ascended, my legs trailing out behind me, between the big loving doves who had come to rescue me and bring me peace.

That’s all I remember. The dream ended as they arced upward, carrying me between them. I was lifted up, saved. My life situation eased up a bit not long afterward.

Interpretation: This dream’s meaning seems straightforward. I was in extended emotional torment, and two peace doves rescued me. I equate the doves to loving spirits.