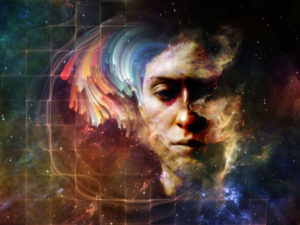 Shared-death experiences. A significant and growing subset of the NDE database involves reports by people—likewise healthy and wide awake—who have an out-of-body experience simultaneously with the true and final death of another person. The most common setting is a deathbed watch, often with a dying person lying in a hospital room and a relative seated near the bed to comfort and be with the dying loved one.

Relevant reports state that at the moment of death, the attending relative suddenly observes the dying person’s spirit rise from the body…and the observer’s spirit simultaneously leaves its own body and accompanies the now-deceased loved one for some limited “distance” on its departure. The dying person’s rising spirit is described differently in different reports. It is sometimes seen or perceived as a diaphanous or shapeless sort of fog that is nevertheless known to be the deceased loved one’s departing spirit. Other reports describe the rising spirit as a fully shaped body in the same image as the now-dead body. Regardless of shape or visual perception, the attending person recognizes and understands it to be the departing spirit.

In any case, the significance here lies in the fact that the attending relative—as his/her own spiritual Self—leaves his/her own body and accompanies the departing relative’s spirit, sometimes holding spiritual “hands” as thy go. How far this shared sendoff continues is variable. The attending relative may go as far as the tunnel entrance, and sometimes even ventures on into the tunnel for some distance until “a felt force” separates the two spirits and turns the mortal one back.

I cannot recall seeing any report in which the attendant went as far as the light seen at the tunnel’s far end. After parting, the deceased spirit heads onward, the other finds itself returned to its body sitting beside the bed. The following report by a woman who shared a portion of her father’s death, published by IANDS in March 2019, exemplifies the deep and lasting impact such shared experiences can have:

“Up to this point in my life I had not been a believer in God. Neither was I an unbeliever. I was content living my life without any kind of faith in a life beyond this earthly realm. I was busy with my career as a journalist and my roles as wife and mother. My father’s death turned my world upside down.  I had a near-death-like experience, accompanying him part way on his divine journey.

“Many people doubt the truth of near-death experiences, citing so-called scientific explanations—patients near death having hallucinations due to lack of oxygen, or having other brain chemical changes when death is near that produce false images. But I was not near death myself when my father passed over, neither was I impaired by drugs or alcohol or anything else that might cause false perceptions. What I experienced that night when everything changed was the TRUTH. All else in this world revealed itself as illusory.”

People who have undergone such unusual experiences possess the same certainty about life after death as do those who “nearly” die but are revived to tell about it, and their new certainty can and often does bring about spiritual transformations for them too.

There is available everywhere nowadays a very large body of dream literature, both scholarly and of a mystical or “new age” nature, and I don’t propose to add to it. But it is with conscious intent that I introduce the subject here—where it will be considered in context of spiritually transformative experiences—because I personally have experienced a series of dreams of such lucid and dramatic nature that, all together, they certainly have had significant transformative influence on the course of my life and spiritual viewpoints.

I cannot know if my eventual acceptance that immaterial spiritual things are real would have come about, on the basis of my NDE studies alone, if the lucid dreams had not also occurred. But they did occur, averaging more than one a decade over some sixty years, and eventually I became quite strongly affected as their influence accumulated. I am now of certain mind that the influence of those dreams added some profound weight to my learnings from all the NDE readings. The dreams will be described in the next chapter.

Reports of mysterious visions and unexplainable spiritual experiences are prominent and plentiful in the recorded history of Christianity, especially throughout the two-millennium evolution of Roman Catholicism. They range from the portentous vision of Saul of Tarsus on the road to Damascus to the spontaneous mystical visions described in much detail by sainted persons such as Catherine of Siena, Teresa of Avila, Thomas Aquinas and Francis of Assisi. Equivalent visions and events are numerous in other religions, such as the aha moment of enlightenment finally attained by Siddhartha Gautama (the Buddha) and the prophet Mohammed’s descriptions of his conversations with the angel Gabriel.

Human history’s written record, strongly augmented by the pre-historical archeological record, presents certainty that people have been having definably mystical-spiritual experiences since time immemorial—usually unexpected, unbidden, and to the considerable surprise of the experiencer. It moreover would be mistaken to suppose “having a vision” is a thing of the past, for reportings of such things occur with significant frequency in modern America and indeed throughout the world today.

The contexts in which they get reported are as likely to be secular as sectarian. Either way, large numbers of modern vision reports find their way into publications produced by organizations such as IANDS and NDERF that exist to collect and conduct research on near-death experiences and other kinds of spiritually transformative experiences. A typical example is the young man’s instantaneous experience previously cited (Perfectly healthy and wide awake) which became public record at an IANDS conference. With some frequency, such reports also make momentary splashes in ordinary news media.

In context of all this, I hereby add the fact of a very clearcut spiritual experience which came upon me—wholly unexpected, unbidden, and with considerable surprise—when I was a mere three years old. Eighty years later I remember every detail as clearly as if it happened a few hours ago, and that fact has a great deal to do with the reason I am bothering to write this book. I briefly introduced this experience in the Introduction, and will provide a more detailed account in the next chapter.

The messages about reality that are conveyed to us by NDEs and STEs of every type are, by any conceivable standard, colossal, stupendous—the greatest aggregate story ever told in the history of humankind. Why, then, don’t we hear more about them—as much, say, as we hear about the strongly held beliefs of, say, Catholics and Southern Baptists and jihadist Muslim terrorists?

One reason we don’t hear more about these fairly common NDE/STE phenomena is because religious and scientific institutions are mutually stacked in opposition—one calling them blasphemous, the other superstitious. Such unwelcoming makes normal people feel reticent to reveal that they’ve had such an experience—or even clam up after they’ve tried and failed to get a fair hearing on what they know to be their life’s most extraordinary experience. Who enjoys being labeled crazy or the Devil’s dupe?

Organized religions, though disagreeing amply with each other, regard spirituality as their exclusive province, and are united in opposition to spiritual anything that might compete with the faith-based investment in their various doctrines. Thus they tend to ridicule all indigenous spiritual beliefs and the native peoples who profess those beliefs. They send out missionaries in earnest attempts to persuade those natives of the grievous errors in their ancestral beliefs, and to “save” their souls—because all known sectarian doctrines insist that all souls need saving—by convincing the natives to switch to the redemptive doctrines, whatever they are, propounded by know-it-all missionaries.

Turning up the intensity, organized religion’s contempt for native spiritual beliefs is as but a cold ember to the fury unleashed against their own—especially departed apostates, or even their mere neighbors—who dare mention a vision or near-death experience of a spiritual/Godly reality that happens to differ from the old straight path of church doctrine as locked in generations or centuries ago by some ancestral brethrens’ majority vote. The lasting value of voting majorities can be seen in now-widely-known ideas such as “the Trinity” (Council of Nicaea, 325 CE), “Papal infallibility” (Vatican I, July 1870), and a Constitutional voting right (suffrage) for American women (August 26, 1920).

And even that, dear reader, is as nothing beside the towering learned contempt of well-read scientists who suspect the slightest whiff of their old enemy:  that religion-encrusted rank superstition which confined poor Galileo to house arrest—and lucky it wasn’t burning alive like poor Bruno—as ecclesiastical punishment for his persistent sarcastic insinuations that since he knew the earth orbited the sun, not the other way around as the Church theocracy maintained, therefore he Galileo was probably smarter than His Holiness The Pope who Galileo seemed to be equating, most injudiciously, with his contrived stage character Simplicio. Galileo brought it on himself, get over it.

Modern science’s anathema against NDE reports and their inherently Higher Message—which, significantly, is intrinsic within them—presents a learning opportunity. Right off the top we notice how bright people, even holders of PhDs, can generalize about true superstition in a way that ensures failure to distinguish true ignorance, sometimes even their own. A few examples will help place learned self righteousness in perspective:

David Hackett Fischer in his monumental work Albion’s Seed cites many such examples of uniquely superstitious beliefs carried by eighteenth-century emigrants from the north English borderlands, southern Scotland and Northern Ireland (the so-called Scotch-Irish) to the American colonial back country and thence on into southern Appalachia and adjacent regions. He states:

“The folk culture of the backcountry ran strongly to…magic which might be called experimental sorcery or secular superstition. It consisted mainly in the use of conjuring, sorcery, charms, omens, spells, potions, incantations and popular astrology to change the course of events, or to predict them.” “…one group of folklorists collected nearly 10,000 of these prescriptions in North Carolina…”

For level perspective, consider other examples that are easily seen to be grounded in commonsense pragmatism and thus coincidentally supportable by rational science: