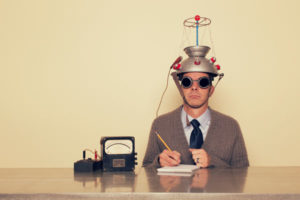 Self servers propagating self delusion

The only types who didn’t appreciate Roosevelt’s New Deal were those afflicted with extremist adoration of free-market capitalism and the undemocratic politics that sustain it. They’re still around, self serving as ever, and—bizarre as it may seem—in modern times their candidates win votes from an army of low-income citizens who consistently vote against their own self interests even as their real income slides lower year after year.

What, are they crazy? No, these low income citizens are simply misled into voting for side issues—distractions—that stir their emotions, such as women’s reproductive rights including abortion, militaristic nationalism, flag worship, gay marriage, gun control, and. *gasp*  those murderous-rapist immigrants formerly known as the tired and the poor. These generally struggling ordinary low-income citizens vote for the candidates who lean their way—or claim they will—on these diversionary hot-button social issues that have nothing to do with income. They are oblivious that the real issue—the big one not being voted on, not even noticed—is that giant corporations are gradually taking over the country, holding wages down, steadily shifting everybody’s wealth to themselves the rich. Deluded voters shoot themselves in their collective foot with each new election—while blaming the nation’s economic decline on whichever party happens to be in power.

How easily they are deluded and led—and “they” are not only those of low income.

The nature and scope of blaming and self delusion is breathtaking. They obsess with bottomless resentment over thousands! of their tax dollars which they just know are being scammed by all those lazy welfare parasites, getting all those freeby food stamps and drawing all that unemployment insurance, who won’t get up off their butts and Go Get A Job! They are Ayn Rand buffs who never heard of Ayn Rand. They refuse to believe that true petty cheaters on the welfare system are a tiny percent of that whole—and the whole is citizens like themselves, who fell on hard times, who so desperately need temporary help while, indeed, trying to find the jobs that grow so increasingly hard to find across America. They are too uninformed to see that the big system-cheaters are at the top, not the bottom. Sadly, deluded voters tend to not see or believe that we’re all in this together, that we all are ultimately responsible for the mutual wellbeing of all of us. Most have never been educated in the civics classes our public schools used to teach.

With ultimate irony and even fiercer obsessing, they love and angrily defend that runaway extremist capitalistic economic system which in 2008-2010 trashed our national economy to the tune of more than a trillion—a trillion—of our mutual tax dollars, not to mention the millions of foreclosures and evictions. All their terrible resentment and despising is focused on those lazy welfare bums—wasting thousands, maybe a whole million—not the Wall Street criminals who instead of going to jail got bailed out by a trillion tax dollars from the public till.

What, are they crazy? Yes. Their madness results from that most common error called bipolar thinking:  they perceive two opposite and utterly opposed things—and stop thinking right there.  It’s either this or that, there’s only two choices. They do not perceive that a mere two diametrically-opposed options is never the only choice. They don’t realize there’s always a third option, somewhere off at some angle from the continuum. Usually there’s also a fourth and a nineteenth option—how many options are perceived depends on the set of one’s mind, open or closed. Closed minds both rich and poor are able to envision two and only two options for our economic affairs—either capitalism or communism—“because,” they pine and sigh, “that’s all there is.”

That is not all there is. For example:  among the several alternative ways of exchanging goods, services and value there is a perfectly splendid and time-tested third option called employee-owned co-ops. Naturally limited in size, co-ops reasonably compete with each other to hold prices down and serve their local-regional populations in the common interest of the entire nation. But closed minds cannot conceive this. They are locked in bipolar mode where capitalism or “socialism-communism” are the only perceived choices. Socialism is bad, democracy is good, go their apples and oranges. Welfare is bad, Wall Street competition is good. Such uncritical thinking degrades economic victims’ ability to perceive facts as they truly are or to vote with understanding of reality.

On the record, in full view of official governmental statistics for the past seven decades, here are some facts.  It was an economist named Arthur Laffer who turned out to be wrong—mygod was he wrong—in his self evidently silly notion that cutting taxes would “increase” tax revenues. Read that again so you’ll be sure you didn’t misread his big idea.

Laffer was as wrong as were the obsolete European economists Ludwig von Mises and Friedrich von Hayek, their disciple the ludicrous over-sexed Ayn Rand, her pompous disciple Alan Greenspan, the austerity-minded economic theorist Milton Friedman and his acolyte stable at the trenchantly misguided Chicago School of Economics, the over-confident opinionated Reagan-Bush crowd and their distressingly, increasingly atavistic and benighted proud-to-be-arch-conservative descendants and comparable ilk of fuzzy thinking economic neoliberal theorizers of the past seventy years down to this very day.

None of this would matter if their stupid theories didn’t so verily harm so many people.

Help others. And seek to attain Knowledge—which may increase Understanding, which might lead to some Wisdom, which will almost certainly lead to better Helping others.