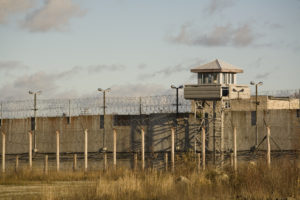 The combined wealth of the thousands of corporations now grown to multi-national immensity, and the global wealth they control, exceeds that of any single nation. Many of these multi-national giants individually control more wealth than dozens of nations combined. They are, literally, out of control. Their ability to influence the policies of nations—specifically including powerhouses like the United States, China, Great Britain, France and Germany—is immense and growing stronger. Even China, with its absolutist Communist Party control, struggles to stay in control—and is slowly, inevitably, losing ground to the mega-corporate imperatives of globalized capitalism.

Runaway corporations are a new phenomenon in human history (other than the East India Company). Constant growth of their profits and the increasing power that goes with increasing wealth is not an option—it’s what they do, it’s what they must do, it’s why they exist. If they can rule the world, they will—whether they intend to or not.

And they’re well on their way. Yet, around the world, many people are not aware the threat exists—or if they sense something’s wrong, they often blame it quite inaccurately on their current batch of politicians. That’s partly because their attention is so focused on obtaining the life necessities of food, clothing and shelter they don’t see real root causes.

The complaint grown so popular among Americans about the inequality of “the top one percent” is for all practical purposes a red herring—it diverts attention from the real problem and the real issue:  the very existence of gigantic corporations as such. The top one percent of people are so exceedingly rich because they happen to be among the few who control the great rich corporations, and this they do by using their great wealth to own controlling shares of the stocks of the great profit-generating corporations.

These peoples’ enormous personal wealth, in combination with the consolidated extraordinary wealth of giant multi-national corporations, are a new force in American life. Corporations and their owners have the very real potential to so thoroughly take over control of the policies and leadership of the United States that the American republic—its democracy, its American dream and its shining light of liberty to all the world—will exist as such no longer.

Anyone unable to recognize this real potential at this advanced stage of corporate evolution in American history is simply not in touch with the economic and political realities of our increasingly untenable position. Like Dr. Frankenstein, we are being overwhelmed by our own creation that has grown monstrous. And as in every stock market crash throughout U.S. history—most recently in 2007-2008—the gambler-speculators who keep causing the problems virtually never go to jail for their crimes.

Poverty School is a large fenced penal colony set aside in a quite remote area of the U.S. The heavy chain link fence is 20 feet high, topped by six feet of inward-leaning razor wire, and is electrified to a degree slightly less than lethal for a human body provided the body is not barefoot on wet ground. The region has four seasons which cannot be called altogether pleasant year around as, normally, summers are a suffering steamy bake and winters are bitterly, mercilessly, windy and cold. Spring and fall are unusually brief.

The colony, notably deficient in natural resources, has few trees and a generally weedy, ugly topography that is considerably eroded. It is constructed over a vast, isolated old strip mine plowed through once-green mountains whose mountaintops were all blasted off many years ago into the clear burbling streams that used to flow through the verdant vanished valleys. In violation of federal regulations, the area was never re-seeded.

Nothing is found inside the colony besides raw nature and the inmates. These latter consist mainly of white collar criminals, almost exclusively from the world of high finance and banking plus a sprinkling of mine owners, politicians and others, who have been indicted and convicted after perpetrating an exceedingly wide variety of manipulative money schemes and displaying Pervasive Predatory Behavior (PPB), i.e., the financial equivalent of the more common Persistent Felony Offender (PFO) which prosecutors so often call upon in criminal courts across the nation.

Prominent among their various innovative crimes are inventing and selling so-called “derivatives”—particularly those known as “swaps,” along with a growing host of other “monetized financial instruments”—which are then marketed under various misleading labels and representations. Trial courts reveal that most such criminal schemes exhibit two things in common:  1) they produced nothing whatsoever of value other than profits to the perpetrators, and 2) they harmed other persons by causing them to lose savings, investments, mortgaged homes, and so forth, which would not otherwise have been at risk absent the greed-induced scheming manipulations—which is all simply to say that these white-collar brigands unceasingly made trouble where there was no trouble.

It is universally understood by lawmakers, police enforcers, juries, judges and victims that the convicted inmates have been found guilty of increasing poverty and trouble to higher levels than existed previously. One intent of Poverty School is that the inmates will eventually, sometime during their sojourn, arrive at this understanding also. Most do.

There is further agreement that, since law breakers so convicted obviously cannot have felt any empathetic appreciation of the distress and misery felt by so many of their fellow humans as a result of the increased poverty and trouble they have caused, it therefore is desirable that they learn to feel, first hand, and to internalize, such distress and misery within themselves in order that they may attain the virtue of empathy, thereby becoming more human and less subject to the temptations that could so harm others ever again.

The Department of Corrections periodically delivers to the single heavily-guarded entry gate a minimal quantity of poor quality foodstuffs and cheapo used clothing, plus, once in a while, miscellaneous scrap building materials and pasteboard boxes. Inmates are free to use these latter—if they can claim such materials before others do, or take them by force—to construct their own shelters in lieu of sleeping in the open or, alternatively, renting shelter in hovels constructed by previous inmates that are now controlled and rented out by current inmates. Most prove to be not very good at building something real. As to the grungy food and trashy clothing deliveries, inmates are absolutely free to decide among themselves on the manner in which these commodities will be “traded,” meaning “distributed” according to the arcane language of economics—e.g., via pricing and retail sale, via rental, or other means of their own devising including violence—as well as deciding who among themselves will control these transactions. Someone always does.

Each arriving inmate is given a meager one-time handout of cash, which, if not immediately stolen, is substantially inadequate for acquiring a subsistence level of such moldy food, mildewy clothing and tarpaper shelter as may happen to be available in the colony at any given time. With certain exceptions, first-time convicts typically are sentenced to one year in the colony, subsisting however they can, among other prisoners who are very much like themselves—all having been convicted of comparable financial frauds and money-related crimes of greed that knowingly exploit and parasitize other people whom they either did or did not know, and often both.

Recidivists who incur a second conviction are usually sentenced to reside in the colony for an additional two years. These are relatively rare. Even more rare are third-time convictions, which, in any case, activate a quite different scenario as explained below.

Within the colony there are no laws whatsoever, thus nothing is illegal. But there are three rules:

The Garden Rule provides that any inmate who freely elects to devote time and effort to constructing or maintaining a garden will be rewarded by earning extra cash, at a rated value of one-365th (one day’s pay) of the original meager handout, for each ten-hour day so devoted. The inmates themselves keep the books on this enterprise. Cheating is rare.

The Homicide Rule requires that every murder of an inmate by another inmate—an  activity quite legal within the colony, since there are no laws—must be reported to the Department of Corrections, specifying who was murdered and the reason(s) for which he was murdered. There is no interest in the murderer, only the murderee. Any inmate may make this report and has dual incentives to do so which are 1) a one-365th cash bonus equal to ten hours work, as under the Garden Rule, and 2) the Department of Corrections’ ironclad promise to cancel the immediate next delivery of wilted foodstuffs, ragged clothing and building material scraps whenever it is eventually, inevitably, discovered that a murder has gone unreported.

The Department ensures that all such murder reports are posted on a massive bulletin board standing on four-by-fours close by the gate, just outside the fence, where they can be easily read by inmates who bother to read them. As incentive to check the board regularly the Department also frequently posts reports, each by named inmate, on the dollar value of that inmate’s personal assets and possessions which have been confiscated in toto for pro rata distribution among the victimized persons whose savings, homes, equity and so forth were lost due to the inmate’s crimes which led to the incarceration.

The Exit Rule requires that every inmate must leave the colony on the last day of his sentence, whatever that sentence may be—one year, two, whatever. The exit rule exists expressly to ensure that certain inmates who so enjoy the laissez faire prison environment as to want to remain permanently therein—i.e., those who over-quickly learn the ways of the colony and thereby thrive in pauper’s wealth, power and influence relative to the other pauperized inmates—are denied the perverse gratification of doing so. After serving two sentences in Poverty School, a recidivist may not return to the colony. Upon incurring a third conviction, he must instead be incarcerated among the really hard cases at the second educational facility—Gambling School (details at fixypopulist.com).