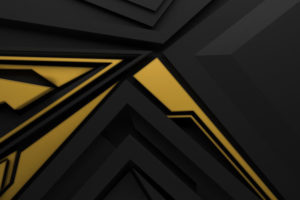 When I was a foolish young adult, green but trainable, just learning how to act acceptably, professionally, conformingly, as a modestly small cog on the exceedingly large wheel of great federal government agencies in our nation’s capital, I had at least one meritorious ambition:  I wanted my work to be somehow beneficial for my fellow humanity.

This purpose as I remember it wasn’t something I thought about or consciously decided. It just was. I seem to have arrived in Wahington already that way, and so any credit for it is undoubtedly due my good mother who instilled in me all the basic values that would last my lifetime. She did this during those tender years between birth and first grade.

Share. Be kind. Be nice. Don’t be selfish. Don’t be mean or disagreeable. Help other people when you can plainly see they need some help. People are all alike, regardless what color their skin happens to be, so be equally fair to everyone. Nobody’s better than anybody else. Console someone you see hurting inside, and think how you would feel in their circumstances. Do unto others as you would have them do unto you.

She actually, literally, taught me the golden rule—to this day I remember her telling me all about it, saying that’s how everybody should be. I remember asking questions and her providing answers. I remember thinking the Golden Rule seemed like a pretty good idea. When you’re not old enough to go to school, what your mom says carries a lot of weight. These early learnings haven’t changed much over 84 years now.

Thus they were built-in values and assumptions with which I arrived in big DC for my first day of work on July 1, 1963. There was no beltway, only its early segments—they completed construction of that symbolic high-speed icon early in the ten years I lived there. Driving on it was awful, the traffic felt like being on a runway between two jetliners speeding up for takeoff. I tried to avoid it.

One mom-taught value I especially remember is the one about helping others. Notice the graphic at the top of this writing—a series of nested triangles, proceeding from small to large. The theory I developed over time was this:  The higher you rise in life, the more people you can maybe help. Under that bottom triangle, the smallest one, you can help maybe three or four people, that’s the limit of your small span of influence. But if you work your way up to a higher position, you’ll be at the apex of a larger triangle—one that’s wider at the bottom, thus contains more people you might help.

Take this logic all the way up (see the golden triangle above). The higher you rise in an organization, the wider is the base of the triangle you sit atop. Far more people fit under the base of this bigger triangle. Thus by sitting at the apex of a bigger triangle you have the potential to help many more people. “Therefore”—this logic goes—you should try to rise as high as you can so that you can help more people. “That’s logical, isn’t it?”—I rationalized. It fit very well with earning promotions and better pay.

I remember well the rationalizations that attended my years in DC. My first job was in the Office of Geography, housed in the Old Colonial Hotel in deep downtown Washington, a seemingly happy landing for a geography major graduated With High Distinction. Alas, the work was boring as hell. One sat all day with a 240,000-scale map, underlining—on each and every map among hundreds of maps, one at a time—the name of each and every POPL (pronounced popple, i.e., populated place, i.e., village-town-city) and geographic FEATURE (mountain, stream, beach, bay)—all of which there were thousands—and writing same, along with geographic coordinates down to minutes and seconds, on a 5” x 8” card. This was way before desktop computers. For each country (in 1963 we were assigned to do Vietnam) these thousands of cards would be duly published as a gazetteer that was, it was unofficially alleged, useful to the CIA, or somebody. The several hundred cards each of us created each workday would then be filed away in the Office of Geography’s hundreds of file cabinets containing perhaps millions of 5” x 8” cards. The work can be thought of as job security, though, I reiterate, boring.

There were momentary diversions. One night the Old Colonial Hotel’s very old plumbing discharge (sewer) line burst inside the walls of a floor above our floor. The vile effluviant that dripped through the ceiling got into very few of our file cabinets (though it did make its way down three stairwells clear to the front door), but the sewerish stench kept us on paid leave for three days while cleanup contractors did their thing.

The incident brought to light certain denizens of the dark that nobody knew were living alongside us in the Old Colonial Hotel. Immediately after returning to work certain lady employees were heard to scream, repeatedly, that their restroom was infested with “roaches as big as rats.” Actually, what they saw were palmetto bugs, those famous Florida cockroaches that measure a truly impressive four-to-six inches in length. Slave ships transported them from Africa to Florida through the 1800s. Nobody knows how they wound up in the Old Colonial Hotel, but they did. I caught one, taped him down to a 5” x 8” card, filed him under “C,” and left the Office of Geography forever.

During those thirteen months, at the apex of my extremely low triangle, I had not felt I was much helping others. I felt I was trying to survive on a slave-level entry salary.

Like ambitious young geographers before me, I changed jobs by getting hired into the brand-new Defense Intelligence Agency. Unlike the CIA which genuinely was spookville, the DIA was a simple merging and re-organizing of the redundant intelligence arms the Army, Navy, Air Force and Marines had respectively built up since World War II—with all the costly overlap and duplication one would expect. A brand new governmental agency is always a good place to advance. I made the most of it.

The next nine years of working my way up the ladder in DIA were fun, mostly, and I believe I learned the most rigorous professionalism one could possibly get in any organization anywhere. The culture allowed no such thing as failure—if it was assigned, it would be accomplished, no exceptions. To this day over a half century later I cannot legally reveal what work I did there (a resignation release form used the word “never”), but in retrospect I know it wasn’t all that big a deal. Some of the hawks just thought so.

I sometimes remembered to ask myself: Am I helping others?  I decided I probably was, though it seemed a tad remote. I’m helping others, I rationalized, by helping our military forces try to stop the advance of tyrannous communism, which is spreading around the world like falling dominoes. We all believed in the domino theory in those days. We had watched what we lived through, and it all seemed so real—every country in eastern Europe after the war; then China; then Cuba on our doorstep; and now Vietnam. Between 1945 and 1975, from Berlin to Cuba to Indochina, the falling dominoes seemed so real…

To shorten a long story, after ten years to the day in DC, I moved my family home to Kentucky and took up useful employment with the state government. The first year was in the Transportation Department, designing a new Kentucky toll roads data system. I thought such data improvement might be helping people, at least a few, maybe, but it seemed like a pretty low triangle. Surely I could do better?

I moved to the brand new Department for Human resources where opportunity beckoned. Maturing as this large new agency matured, over twenty-eight years I contributed variously to program planning, budgeting and evaluation, to indigent health care reform, and then to public health more broadly, eventually including substance abuse prevention. It seemed quite a bit closer to helping people, and it was—though I couldn’t rid my mind of the thought that reviewing health and welfare budgets compared poorly to helping little old ladies cross the street. Our indigent health care reform gig (“Citicare”: second-ever genuine health system reform in this nation, 1984-5) truly helped scores of people, but politics killed that after a single year. I was primed for any alternative that truly helped people.

Fortuitously, in 1981 an entrepreneurial young friend lured me into the unique enterprise of producing folk dance camps in our spare time. Already involved with folk dancing and associated antique music, I plunged in with gusto—and loved it. In various capacities, I was involved in co-producing twenty-nine dance camps between 1982 and 2001, often doing two camps per year. These events required a ton of administrative work, including planning, budgeting, staffing, publicity, and ordinary management during the event itself—all on my own time while holding down a full-time “real” job.

These dance camps, conducted in facilities rented from universities, lasted one full week. From across the nation (and many times from across the seas) people arrived on Sunday, attended a variety of dance classes through each day Monday through Friday (with separate curricula conducted for children), plus a dance party every night. On Friday night a Grand Elegance Ball wrapped up the week. We had wonderful dance callers, backed up by a bevy of wonderful musicians, recruited from around the nation.

And morning to midnight the people danced. If you’ve never experienced such joy-filled occasions, envision a brightly lit dance hall filled with over a hundred dancers—variously in squares, or circles, or line formations gents facing ladies, depending on which dance we were doing—everyone in constant motion:  four-hands round, right-hand star, circle left, swing your partner. Hundreds of times have I stood in silent observation, watching, noticing the little Mona Lisa smile on the face of every dancer in the room. It is wonderful, no other human experience is like it.

I have special memories of times when I returned alone to the empty hall late at night, after the dancers had all gone to bed. In such moments my mind’s remembering eye could see the happy spirits whirling, circling, round the floor—an empty, silent, dance hall late at night, still filled with the ambient joy of loving spirits in total harmony with the rhythm, with the music, with each other. Somewhere through those years, at such a time in silent reverie, I realized we were not just producing dance camps. We were enabling human fellowship.

That’s when I realized I had finally attained my highest triangle. It was never my income-earning occupations, not at all. It was my real life’s work—teaming with other dance leaders to bring thousands of people happily together at dance camps, in unspoken full equality, with not the slightest care for who had what occupation or made how much money. All smiling, all immersed in the deep joy of the moment, together they danced.

Those times were the best, most worthy things I will ever accomplish in this lifetime.