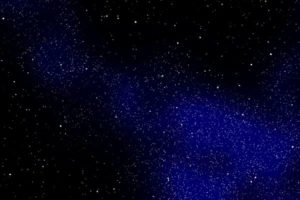 Let us examine that heart—that euphemism for the human spirit, that self which looks inward.

It is born and begins a quest that never ends; a lifetime of seeking.

Why? For what?  The answer is so simple…why are we so afraid to speak it…aloud?

Tonight that heart avoids hurt, and takes solace where it is found.

The hour is late and he is restless, seeking an inner peace. It is late August and very warm. The stars are brilliant, for it is dark moon.

The wisdom makers say—have always said—that inner calm is all around us, all the time. We have but to find and use it.

Knowing this, he takes himself out into the night, to the garden. His place of growing. He intends to try hard to find what he’s sure is there. He imagines a veil, like an opaque lens, that overlays his five senses most of the time. Tonight he will attempt to raise that veil, however briefly.

Shoes and socks off. Rare, good sensations, tender feet feeling their contact with the Earth. Short pants, nothing more. Walk slowly out along the west border of the garden, beside the irises. Too fast. He slows still more, pausing, standing still at intervals. Waiting for something to happen.

Back corner. He turns along the south border. Stop thinking, he shouts silently; stop it! Now listen carefully. Just listen. What is there to hear?

And like a sudden firestorm the nightsounds cascade into his conscious awareness. He is overwhelmed by their intensity, their diversity, and a clinical detachment that wonders why in God’s name did I fail to hear them before?

They are a virtual symphony of critters—their fugues, minuets, trillings, percussions bursting on his ear’s door like a clamoring mob of itinerant artists whose attentions will not be denied. He feels the surpassing beauty of this din, wondering through what perversity his mind of moments past had not even heard. He is intrigued, enchanted.

Moments of reverie, then the human quest moves on. Is it possible to sort out each sound from all the others, pay it special attention? He tries…and discovers that, in all candor, this is very hard to do.

With concentrated listening now comes partial success. He hears, first this one, next that, staying with each a prolonged moment, savoring. Straining to discover each one’s direction, its distance. It is not easy, but the moment is magic.

He would share this, although that thought does not come until much later. But how could he share one mind’s perceptions? It is not possible, of course, for that would be a telepathic matter indeed. Can it be described with language? Of course not. But, for the pale shadow of worth, a distant facsimile can be said.

Over there, across the garden in a young maple tree, there sits a bug of unknown appearance whose voice sound is high treble, shrill almost, a sort of “shreeeee – eeee,” with that tiny pause between the two parts, repeated endlessly but without manlike pauses for breath.

Back here, in the weeds by the pasture fence, something “clicks.” It sounds for all the world like a miniature model of one of those party noisemakers that is spun by a handle.

Somewhere—what direction?—comes a different pitch of high soprano that can only be a tree frog. His mind savors the known appearance of the only one so far that he has previously seen and can identify with certainty. Pretty little peeper, with its big splayed-toe feet.

its tone rising and falling in little sine waves like an insectified siren.

Many, many more. They cannot be even remotely described with accuracy, much less the real-time feelings he feels in response. They can’t even be located with more than vague accuracy, though his eyes and ears and his mind’s sensors are now finely attuned. Dozens more. Hundreds, across this acre and the next. Just listen!

Forget the distinction of sounds. Go back to the flood. Soak up the whole cacophony, hear the interplay, their rise and ebb, counterpoint.

A part of his mind whispers that he’s getting what he came out here for, but he pays attention only to the getting of it, and moves slowly on.

The southeast corner. Four-o-clocks border the eastern edge. Some of the blossoms are closed, but most remain open and glorious here in mid-night. Good. Settles a question. He kneels and touches one with that care known by those who raise plants. He’s quite sure it responds.

A good smell; what is it? So help me, it is the very Earth. He stretches out, belly down, on the summer-scorched grass near the four-o-clocks.

Sensations all up and down. Never noticed unless you’re paying attention. Feel—really feel—the touch of grass, dirt, small clumps and depressions on legs, feet, belly, supporting forearms. Feel what must surely be two ants, inches apart, tickling an arm hair as they struggle to pass some temporary large barrier laid across the journey’s path. Where could they be going at this hour? Do ants work at night? I didn’t know that.

Smell again. He puts his nose down close to the grass, closer still to the soil. There is a definite “sweetness” to the whole of it, not unlike that which lingers over a freshly mowed hayfield. He wonders idly about the glucoses, proteins and suchlike that occur intrinsically in nature, and make life possible. All life, he thinks.

Sit up. Hands back. Face the dark and breathe deeply. God, how peaceful. His eyes are drawn upward and he sees the firmament. No—more—he beholds it. And he is part of the firmament. No galaxy, nebula or hydrogen cloud in the farthest reaches exists independently of him, for he is a part of Creation. And clearly, joyfully, all of it is a part of him. Orion’s Belt. Sirius. He revels, romantic, uplifted and unashamed.

The nightsounds blend again, fold their nature-song into his expanded consciousness as he sees the symphony of the cosmos. The hand of a great Maker, filled with sand, moved in a vast and mighty swath across the field of vision that would, untold billions of Earth-years later, become his. And each grain of sand that spilled forth took up form and was a glowing point of light to please his eye.

He sits a while longer, finding inner peace. Beneath the stars, with the nightsounds.

When we have examined that heart, that humble human spirit, which seeks endlessly;

When we have, through telepathy, or empathy, felt its silent, soft, brief weeping;

Yet with it found solace, harmony, Grandeur;

Then perhaps we know ourselves a little better.

Is that not good?

The veil lifts, a little.