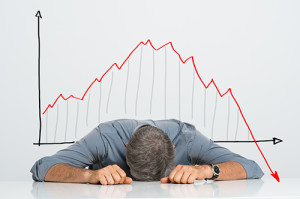 Confused about the true state of the American economy? “Think of it as the looking glass economy.” The stock market is sinking, but car sales are at record highs. Bidding wars for tech talent are reported next to major layoffs at giants like Morgan Stanley and Dupont. GDP growth is lackluster, but hiring is the strongest it has been in more than a decade. The explanation for all this “dissonance” may be in part “the changing nature of the American economy.” [S]ome analysts assert that strong hiring in services masks troubling stagnation in productivity gains. Trouble is, nobody knows who is right.

The corrective context: countdown to CaFMaC

Thus I came to understand the context, the big picture, as well as the manner in which familiar words get translated into unfamiliar contexts which only economists specifically trained in EconSpeak can understand. Elmore usually got back around to that word correction. “Recall,” he told me, “it was Alan Greenspan, an economist, who told Congress that the second-worst financial meltdown in our nation’s history was, as he termed it, a ‘correction’ of ‘normal’ market processes – thereby revealing his religious mindset that the endless recurrence of such unholy ‘corrections’ is not tragic but ‘normal.’ EconSpeak regards such avoidable human tragedies and hardships as mere ‘corrections’ – labeled unavoidable and taken in stride by learned economists. Mygod.

“At the women’s shelter,” raged Elmore, “ask the chronically-in-poverty inconsolable little mother of three who has just been turned out of her gas mart job, her foreclosed two bedroom home and every last shred of security, dignity and self esteem how ‘corrected’ she feels. Do you feel her anguish? True self interest is mutual interest – for proof, just drop a billionaire into a world with no restaurants and no servants, then stand back and watch. One must wonder if free market ideologues, secure in their comfortable incomes and well appointed interesting lives, can possibly be inured to the real meanings of the words they use, or if they talk that way because they simply cannot bear to think about the heartbreaking realities empathy otherwise would impose on their mindset and conscience. Their knee-jerk advice to the young mother: Get off welfare and go get a job!

“Think about the nuances of that word corrections as popularly understood – not the way economists use it. It is in the corrective context,” explained my pal Elmore Bland, “that Poverty School and Gambling School are administered under the Department of ‘Corrections.’ The penal code applies. Economic crimes occur – prison ‘corrects’ them. See? Precisely this reasoning was used in titling the ‘Capitalist Free Market Correction Act’ (CaFMaC) , the legislative bill promulgated by the same Department of Corrections to correct some longstanding wrongnesses. You see the logic.

“CaFMaC,” Elmore reminded me, “has a dual purpose. First, it is designed to maintain those features of free-market capitalism which are desirable because they clearly serve the public interest, the common public good. Competition, for example, is especially desirable because it creates incentives for productive activity, and it furthermore restrains the prices that everyone – even the poor – must pay for food, clothing and shelter, those subsistence basics everybody needs just to stay alive. People consider competition holy. If you doubt it just attend any Super Bowl. Competitive sports are a substitute for war.

“Second and equally important, CaFMaC is designed to eliminate the recurring financial crises, so devastatingly harmful to so many, caused by that small minority of greedy bastards whose selfish abuses have led to grievously disruptive market calamities in every decade or two for over three hundred years – especially stock market manipulations and financial speculations which generate sterile phony profit and transfer massive wealth to a very few at the expense of the very many, while producing absolutely nothing of tangible value. CaFMaC also lays to rest monopoly and too big to fail.” I could tell Elmore was enjoying himself hugely, as he usually did.

“Achieving these desirable ends necessarily required that any permanent fix (not necessarily that of Gambling School) must address both the system – that is, inadequately regulated extreme and global forms of free market capitalism – and its vehicle, the corporation, entrenched for centuries and – believe it or not – given ‘human being’ status in law by decision of a conservative-dominated Supreme Court way back in 1886.

“By ‘addressing’ them, I mean this. Capitalism, the prevailing economic system, had to be modified so that its very structure did not invite – indeed encourage – human greed in the form of non-productive speculative gambling on stocks, that age-old urge to get rich quick without working for it, which invariably caused recessions and distress for a majority of the people. We had to get past the small-minded fanatics who equated any criticism of capitalism, regardless how justified, as “a vote for communism.”

Let’s say that again, just to make sure we all notice: We had to get past the small-minded fanatics who equated any criticism of capitalism, regardless how justified, as “a vote for communism.”

These idiots were oblivious to third options.

Communism was never the only alternative, as we all know now – that was just bipolar thinking by undereducated mindsets. Our society had rejected communism decades earlier because its dynamics are so unnaturally contrary to acquisitive human nature that it can only be maintained by gun-toting totalitarian fanatics who care more about ideology than human life.

Don’t underestimate ideology: such fanatics can be found in any guise. Just pick any extreme ideology of momentary choice. Such as the anti-government free-market unregulated-corporation perpetual-growth global-warming-denier political-economic globalization fundamentalist reactionary ideologues of America’s extreme right.

No, as we threw out the dirty capitalist bath water we protected and preserved the baby of competition – I mean real, genuine competition, never before tried under monopolistic capitalism, which abhorred it.

“And the prevailing vehicle, the corporation, was replaced with a cooperative vehicle that inherently provided incentives for its employees to make it work. Those incentives ensure that employees have a personal stake in the success of their efforts, and will benefit from features that are both fair and objective for employees at every level. I rest my case.”

That’s how he wrapped up every argument: “I rest my case.” And Elmore’s case, by one path or another, led to the CaFMaC Act, which did in fact launch the process of bringing all those ambitious but overdue changes into our New IDeal society. With grateful salutes to FDR and LBJ, our Very Great Society was finally, truly, underway.

Realizing now how very much I learned from him, I look back with feelings of sincere gratitude toward my dear old friend Elmore Bland, back in those halcyon days, long before his murder. He wrote the original draft of CaFMaC, you know.

And with that we finally did it. We cramped their style. We wetted their bottle rockets. We pissed on their shoes, and thoroughly too. Due to certain unusual and fortuitous circumstances, to be entertainingly related at some detail in a medium other than this writing, a legislative bill titled The Capitalist Free Market Correction Act – popularly known as “CaFMaC” – came into being. Elmore could and of course did talk at length about how the bill is beloved by many, detested by a small super-rich minority who detest it fervently.

That rich minority was (un)popularly called “The One Percent” before CaFMaC did away with that category. However, the percentage was effectively much higher when the One Percent were joined by their political sycophants and those dim self-deluding minions – large sections of the poor, the near-poor, the opinionated silly-conservative middle class with everything to lose – who were so consistently misled into voting against their own economic self interests. Back in the bad old days, when ignorance reigned.

The ballot makes every class sovereign over its own fate. Corruption may steal from a man his independence; capital may starve, and intrigue fetter him, at times; but against all these, his vote, intelligently and honestly cast, is, in the long run, his full protection. If, in the struggle, his fort surrenders, it is only because it is betrayed from within. No power ever permanently wronged a voting class without its own consent.

Though comprehensive in many ways, CaFMaC does not attempt to address the complete range of human problems inherent in closed-minded fundamentalist economics, politics, religion, scientism and meta-fundamentalist mongrel blends of these – as, indeed, what human invention could possibly hope to address such motley scope?

But it does address the most gross: economics. That really pleased Elmore.

CaFMaC avoids at least some of the jargon in which legislative bills are commonly written with intent to obfuscate, deceive and sneak in one-liners that are unrelated and unwanted – such as “Title XV, Section B12, Subsection 3(L)27(a), Item (214): The right of non-men to vote in any election in the United States is hereby abolished.”

Even after Elmore’s words were churned through the Corrections bureaucracy, the Congressional bill-writing people liked his style so well they left much of it in.

Locator: Organizations and Terms Addressed in the CaFMaC Act         Apr 22