Chapter 25: The death of Citizens United: Teaching Courts about “self evident” 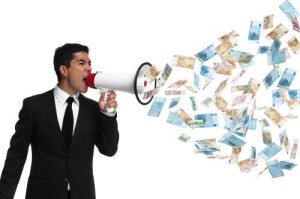 Plain English for the Voting Citizen: 1) A new amendment to the Constitution of the United States will set the record straight that “a corporation” – an inanimate concept which is animated only by human energy – is not the same thing as a living, breathing, blood-bleeding “human person” – not even conceptually, not in the remotest extreme – and it most assuredly sure as hell does not enjoy the same rights or privileges as a human person. Good God. You can legally sell or de-charter a corporation – but see how far you get trying to do that with a human person. It’s quite an insult that we are forced to waste our valuable time having to deal with such an outrageously stupid idea by ideologues whose poisonous bile renders them unable to tell the difference. Case closed.

The Congressional blather version:        There is hereby approved by Congress and sent to the respective states for ratification an amendment to the United States Constitution as follows:

“The inalienable rights protected by the Constitution of the United States are the rights of natural human citizens only, and those rights do not extend to any organization or artificial construct which natural human citizens may create, such as corporations, companies, cooperatives, or comparable non-human inanimate organizational constructs or conceptual enterprises of any nature or by any name whatsoever. Organizational constructs being inherently artificial, transient, and incapable of action unless and until activated by humans, they also inherently are subject to comprehensive, unlimited regulation and control by human people who make the federal, state and local laws which determine the privileges, if any, which shall pertain to organizational constructs of any nature, and such privileges, if any, shall not be construed to be inherent or inalienable. No corporation or organizational conceptual entity shall in any circumstance whatsoever be regarded or treated as if it were a human person, nor shall any such inanimate artificial organizational construct enjoy any of the rights guaranteed by the Constitution to human U.S. citizens.”

Sense of Congress:    The concept of corporate personhood was speciously created on May 10, 1886 by a rogue Supreme Court clerk’s false insertion into the record that the Court had so ruled, a falsehood reinforced by subsequent Court decisions, often by a one-vote majority. This concept being opposed in principle by a well documented majority of United States citizens and thus being a source of great dissension within American civil society, we of the Congress being the citizens’ duly elected representatives do hereby declare our sense that no word or phrase in the United States Constitution does now or was ever intended to confer upon artificial organizational constructs – profit making corporations and companies in particular – the inalienable rights that were written into the Constitution and Bill of Rights to guarantee the individual freedoms of the human citizens who collective are the republic and indeed to protect citizens from injustices perpetrated by organizational constructs, such as corporations, whose human masters historically and perennially have displayed eager willingness to subordinate human rights and freedoms to the gain of profit. We hereby declare our determination that the false concept of corporate/organizational personhood is, and of right ought to be, abolished.

Plain English for the Voting Citizen: 1) The misguided and purely ideological Supreme Court decision that spending millions and billions of dollars to influence voters and buy elections is equivalent to “free speech” is herewith overruled in hope that it’s not too late to prevent the total destruction of our heretofore democratic form of government. Spending money most definitely is not the same thing as free speech and we’re insulted all over again that we must waste our time straightening out yet another outrageously stupid idea. Some people – like the political big spenders who caused this case – just seem to be born determined to get their own way and damn everybody else.

The Congressional blather version:        The first amendment of the Constitution, stating “Congress shall make no law respecting an establishment of religion, or prohibiting the free exercise thereof, or abridging the freedom of speech, or of the press, or the right of people peaceably to assemble, and to petition the government for a redress of grievances(.),” having been interpreted by the Supreme Court in such a way that “freedom of speech” is construed to include the spending of very large sums of money by corporations, other large organizations and wealthy persons with unabashed intent to propagandize voters, to unduly influence their opinions, thereby to unduly divert, confuse and persuade voter understanding and command the outcomes of elections, and such interpretation having proved a cause of bitter dissension among the citizens of the United States because about ninety-nine percent (99%) of those citizens believe unregulated political spending at magnitudes far beyond the reach of modest citizen political contributions is profoundly undemocratic and alien to the purposes for which this nation came into being, such unlimited and unregulated spending being a clear and present threat to American democracy and constituting de facto buying of elections, these revisions and clarifications of the first amendment are hereby approved by Congress and sent to the respective states for ratification:

Sense of Congress:  The term “abridging” conveying temporality that is not adequately expressive of the comprehensive context of the free speech clause, it is hereby replaced with the more comprehensive term “infringing.”  Concerning the clause’s full intent, we of the Congress serving as the elected representatives of the American people do hereby declare our sense that no word or phrase in the Constitution does now or was ever intended to construe the manipulative spending of mere money to rank as the equivalent of personal free speech, and that the Supreme Court’s so construing it constitutes a grievous wrong which self evidently is inappropriate intrusion of personal ideology into the Founders’ intended impartiality and fairness of the nation’s Judiciary Branch. The false and contorted construing of unlimited money expenditure as if it were the same as human speech, being mistaken and ideologically driven as well as clearly contrary to the Founders’ original construction and intent and a contemporary clear threat to democracy in these United States, and further being opposed in principle by a strong majority of U.S. citizens as causing a gross imbalance in the inherent right of every citizen to equally influence elections and votes on issues that affect citizens’ personal interests, this clarification of the original and ongoing intent of the amendment’s free speech clause has been made necessary.

Sense of Congress:    The Supreme Court’s ideologically-driven construal of the spending of money as equivalent to vocal speech, being grossly contrary to both common sense and the well known original motivations of the Constitution’s framers so recently deprived of personal human liberties imposed by English political and economic tyranny, as well as consummately contrary and grossly detrimental to representative democracy in the modern United States, it has become unavoidably necessary to annex new language to the first amendment spelling out with exquisite clarity that which was ever understood and believed self evident until an ideological bare majority the Court introduced a contrived construing of unlimited spending of money to be an equivalent of personal free speech. The Judicial Branch in general and the Supreme Court in particular is hereby overruled by The People acting through their elected Congressional representatives to conclusively amend their Constitution. The amended language is hereby approved by Congress and sent to the respective states for ratification.