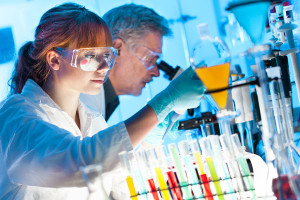 Religious scientists are mostly tolerant of ambiguity and of others who think them inconsistent. Quite a few sidestep the ambiguity by favoring the term “spirituality,” which implies a certain openness of mind, rather than the term “religion” which is generally understood to involve doctrines and dogma about which the minds in charge of things are quite made up and you can’t be one of us unless you attest that you agree to the doctrines and dogma we declare to be true.

However, not all scientists are so tolerant. Many, perhaps a majority, cannot abide religion in any form or any measure because they are convinced it represents superstition at its worst, the antithesis of everything that rational, reasonable science stands for. They remember with righteous outrage, as if it were yesterday, how The Church persecuted poor Galileo with house arrest for alleging that Copernicus was right, the earth revolves around the sun versus vice versa. Among these many scientists, most will refuse out of hand, without further thought, to bother examining any data which are suspected to imply that there might be an immaterial – call it spiritual – world which exists somehow beyond the physical world their science recognizes as real. Their minds are made up; they know such immaterial spiritual world cannot exist, just as a primal creator God equally is myth.

Knowing a non-material world cannot possibly exist, they consciously shun every thing which is, or might possibly be, of what they deem a “religious” nature. At the same time, these bright scientific minds fail to notice the paradoxes as they eagerly pursue non-material aspects of physics such as string theory, an original theoretical big bang nobody will ever witness, non-material dark matter and dark energy which both threaten to turn all science upside down even worse than did Newton and Einstein, and a small host of other scientific mysteries which collectively insist that the universe fundamentally has inherent non-materiality of which science understands nothing, nothing at all. Among these, a handful of quite loudmouthed materialistic scientists are so certain of their ground that they proactively write whole books preaching against religion and deriding all religious persons as “nitwits,” to quote the devout nonbeliever Richard Dawkins.

Thus we encounter, in opposite corners, degrees of mindsets, and their consequences.

To repeat myself, mindsets occur in every sphere of human interest. In economics, for example, a covey of intellectually curious individuals descended from the original economist Adam Smith – who wrote down his much-revered ideas at the same time the American revolutionaries were implementing their little separation from England – have fervently pursued the questionable notion that it is possible to make sense of the whimsical patterns of human buying, selling and trading. They call this macroeconomics.

Some say it is harebrained from the get-go, but most economists, having paid good money for their degrees, are very serious about what they do. We must note that economists tend to enjoy considerable prestige in our society, whether they deserve it or not – even when markets are crashing and homeowners are being evicted from their hard-won homes because they missed two or three mortgage payments in a row. While economists may or may not be religious, most of them – even the ethical ones – tend to regard such financial dynamics as “normal” and often refer to them as “market corrections” even while the evicted former homeowners grow accustomed to being homeless and, if lucky, on welfare.

It’s best not to digress too far here, for there is far more to say about economics, not to mention its evil twin politics, than can be said even about religion and science, and that alone is quite a lot. At this point, suffice it to say:

Thus we encounter mindsets, and the consequences thereof.

In chapter 1 we will explore more fully what is meant by the term “mindset,” and why it is so important for us all to become more consciously aware of the phenomenon, and of its impact in modern-day America on economics, and politics, and religion, and science, and global warming – and even sex and a lot more things than you ever dreamed about.

On writing about mindset and consequences

I have approached this writing with considerable humility, as my thoughts on the individual topics are unlikely to be in any substantial way original. However, as to perspective and organization, I am unaware that these topics have been anywhere treated in the particularly broad context I wish to call attention to. That context includes the worrisome trend of human affairs and their destructive impact on our worldwide climate and environment as well as, more broadly, a little-noticed interface where cosmological and biological evolution come together with religion/spirituality, economics and politics.

Like the grand junction of continental tectonics which constitutes the earthquake-prone New Madrid fault zone, perhaps the interconnection of these grand subjects is little noticed because they are so very obviously right there – the enveloping common pond in which we all swim – and because on a worldwide scale they deeply and directly result from the very human phenomenon called “mindset.”

The combination of degenerating climate and human problems expanding hand in hand with overpopulation, and their unsettling trajectory, is unprecedented in human history. Positive human mindsets have the capacity to deal effectively with these problems, but negative mindsets, by preventing their being effectively dealt with – enough or soon enough – have the capacity to kill us all. I have written about these things because, while watching carefully and reading widely, I find no one else saying quite what I believe needs to be said on behalf of us all. “Us” is humankind and all the other little species who are our close relatives on this small planet in the wide universe.

“Mindset” is the theme I’ve used to tie the book’s several topics together, and it serves well for the purpose. But this book is also very much about the interface of science with spirit, a place where I have concluded the spiritual and scientific realms touch and are one – rather than a boundary separating them, as so many would have it. For years I searched for some learned author’s insightful book on such an interface until, realizing that what I sought did not exist, I became reluctantly responsible to write it.

Scientific and spiritual mindsets have integral interrelationship with our deteriorating worldwide environment. This relationship deeply concerns human wellbeing and challenges over the coming three centuries, and the never-well-dealt-with question of human purpose. If your mindset leaves you doubtful that these important matters all quite closely interrelate, please bear with me – you might change your mindset.

In this book I will examine a few broad topics which illustrate the largely unnoticed influence of mindsets in human affairs. These will include the long, seamless evolution of the universe up to and including life on earth, the fast evolution of human culture (religion, science, economics/politics and more) and the world’s dangerously changing climate in consequence of human culture. Much of this discussion will place things in a context of continuous change which is synonymous with evolution, notwithstanding that term is popularly used in narrower interpretive context representing the allegedly conflicting perspectives of conventional religion and conventional science.

I hope also to highlight the interrelated implications these seemingly disparate topics present for human purpose and prospects over the three centuries directly ahead. This will explore how the inhabitants of planet Earth must encounter a “near term” three-century future made immeasurably more difficult and uncertain as direct consequence of mindsets which presently prevail and are voting daily against our collective best interests. I hope what I write here will lead more people to notice how seldom we pause to think about such an apparently inconsequential little term as “mindset,” and how very much is implied by it.

This book thus is concerned with far more than just world climate change and overpopulation, more than just who believes what, more than the two-century tiff between science and religion, more than the fairly useless debates over evolution and how we and the stars got here. The bipolar either-or manner in which people divide themselves over these topics fixes unhelpful patterns of thinking in their minds, and those patterns matter greatly.

The way people think, on a broad scale, can sustain us through a very difficult thirty decades – especially the first fifteen which lie immediately ahead, in our own time and in the times of our children and their children. But it can all too easily go the other way. Mindsets will determine our course and our fate.