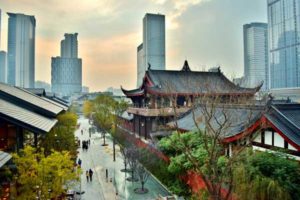 Pause for a moment, and consider all the ways in which human life has changed over the past three hundred years.

Drawing on your best knowledge of history, or as much of it as you can remember, consider the nature of so-called “civilized society” 300 years ago, in the early 1700s, compared to now, the early 21st century.  In the second decade of that 18th century the United States did not exist, nor would it for another half century. Settlement by Europeans was sparse along a narrow band of Atlantic seacoast between the areas we call Florida and Nova Scotia, plus scattered interior outposts of France and Spain.

In 1720 a handful of European nation-states and principalities represented the zenith of what so-called “Western Civilization” had become three thousand years after the brief brilliance that flickered through ancient Greece and was gone. Much of those millennia had been characterized by levels of human poverty, unremitting toil and cultural degradation that, despite some advances, were in many respects far beneath even more ancient days when pre-agricultural people subsisted as hunter-gatherers. Rising from long centuries of squalid “dark ages,” the European Renaissance and Enlightenment periods were, by 1720, ushering in a revolution of industrial methods and processes that would spawn the modern age we now enjoy—and take for granted.

The past three hundred years have carried modern “civilized” humanity from dependence on waterwheels and, more routinely, the muscle power of men, horses and oxen, to cell phones that can play movies and satellites which ensure we never get lost anywhere on the whole earth or in space above it. While these happenings unfolded in the western hemisphere, the East was experiencing its own, differing, history, notwithstanding which East and West have arrived at the same place and now compete with each other in a planet-spanning marketplace that is euphemistically called a global village.

Humanity has lived through twenty such three-hundred-year periods during the six thousand years of more or less “recorded” history; or 33 such periods since the dawn of agriculture ten thousand years ago. Not one of these major time blocks compares even remotely to the sheer magnitude of change during our immediate past three hundred years.

Please turn now to face the opposite direction—toward the next three hundred years. Our future. We are about to undergo very major change again. And this time—as carbon dioxide warms our air and ocean currents around the globe—the impending change has great potential to result in the lowest point ever in the long history of homo sapiens on planet Earth.

Fully considering our immediate past three hundred years, and the resultant trajectory we are on today, how much change, and what kinds of change, do you think are likely to happen over our next three hundred years—those three centuries immediately ahead, into which we are embarking, headlong, right now?

The opening of chapter 10 is a good time to be reminded that our focus here is on the never-ending change called evolution. Along with it we are discussing evolution’s primary features, which are self organization and emergence with an upward directionality that rises from less to more complex. Consistently exhibiting these features, evolution has unfolded three phases, so far, since time arrived with this universe.

Phase 1 is Long (or universal) Evolution, from the big bang to the present, during which all the vast energy released in the big bang has manifested part of itself as matter (atoms)—a portion of which combined themselves into molecules, which then further organized structurally into all the gases, galaxies and star systems in the universe today.

Phase 2 is Fast (or biological) Evolution on planet Earth, from between 3.5 and 4 billion years ago to the present. It started with an inanimate molecule which somehow became alive and, through the self-generated acts of surviving and reproducing, has emerged upward from simple one-celled life forms through millions of species to produce Homo sapiens—the most complex entity evolved so far, that we know of, in the wide universe. The expression of this species’ peak complexity is evident in its behaviors and record of achievements compared to all other species alive on earth today—its great and rising achievements being equaled only by its unspeakable wrongs. A gradient continuum can be easily discerned between that earliest living molecule, at the low end of the gradient, and H. sapiens at its high end, with all other living species both plant and animal sitting in their earned locations in between.

Phase 3 is Cultural Evolution. It applies only to Homo sapiens, although quite a few contemporary bird and mammal species are observed to have meaningful beginnings of species-specific culture. With us humans, culture occurred mostly within the past 10,000 years, though some evidence of primitive human culture is up to 150,000 years old. From these observed facts we may reasonably conclude two things:  1) evolution of culture occurs on a gradient of rising complexity, the same as observed in the universe’s evolved structures and the products of biological evolution; and 2) culture takes a  relatively long time to become established, but evolving accelerates exponentially in its later stages.

Whereas universal (long) evolution has persisted through nearly 14 billion years, and biological (fast) evolution has used up roughly 4 billion years, human cultural evolution has unfolded across a mere 150,000 years. Homo sapiens emerged as a separate species around 300,000 years ago, but most opinions hold that only the more recent half of that time has produced what we call culture. The real action occurred only within the most recent one-fifteenth of that time, the last ten millennia. The only cultural evolution with which we need be seriously concerned happened within the past three hundred years—the mere batting of an eyelash in evolution’s long history. Before listing a few major events representing human cultural evolution, which are readily available in history books, let’s spend a few lines where history books rarely tread—what cultural evolution actually means. For starters, how did it begin?